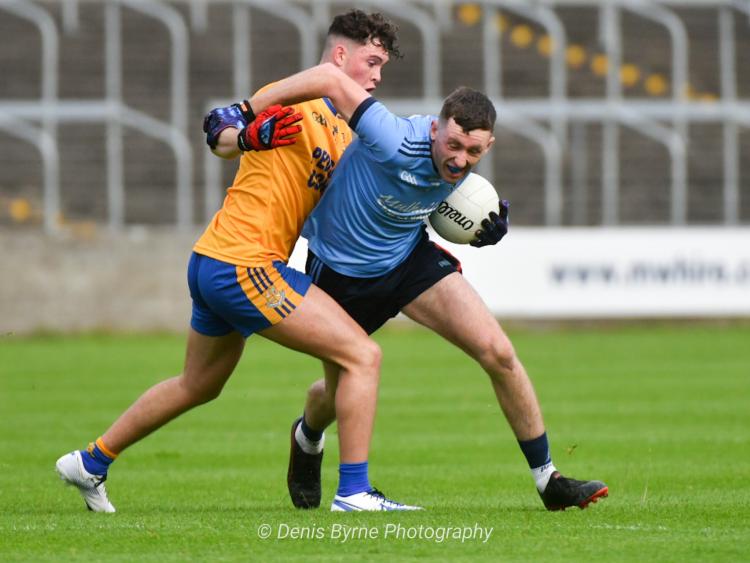 You can’t beat the bit of drama. With St Joseph’s leading 0-11 to 0-9 in the fourth minute of injury time, Ballyroan’s ace marksman Diarmuid Whelan got his fist to a big high delivery from Charlie Whelan and found the net to give a jubilant Ballyroan Abbey the win.

St Joseph’s had come with a strong final quarter to pull two points clear but didn’t deal with that last delivery leaving them crestfallen at the final whistle.

The opening 15 minutes were easy on the scoreboard but both sides weren’t lacking on effort.

John Rogers curled over a lovely point to get the ball rolling as Ballyroan Abbey took the lead but Josh Lacey, a late addition to the St Joseph’s starting team, equalised for the Joe Higgins’s men.

Diarmuid Whelan then kicked over the score of the opening half for Ballyroan but again, Joseph’s were equal to the challenge and Dylan Doyle clipped over their second of the day on eight minutes to make it 0-2 to 0-2.

15 minutes of action without a score followed before Josh Leavy kicked his second point to put St Joseph’s 0-3 to 0-2 ahead.

Ballyroan quickly restored their advantage and went 0-4 to 0-3 ahead with a Jamie Whelan point on 30 minutes the score that sent them in leading 0-4 to 0-3 at the break.

Early frees were exchanged at the start of the second half but St Joseph’s began to steal a march and points from Josh O’Brien and Dylan Doyle had them leading 0-8 to 0-5 with 10 minutes to go.

Diarmuid Whelan was the main attacking threat for Ballyroan and his frees were keeping his side within striking distance.

Enda McVey then made his impact after coming on as a sub by landing a point to make it a one point game – 0-9 to 0-8 with six minutes to go.

Josh O’Brien landed a free two minutes from time but Whelan landed one the other end and a point remained the margin.

As injury time came about, James Smith looked to have given St Joseph’s the insurance score but right at the death, a high ball in from Charlie Whelan was added to by Diarmuid Whelan and the ‘Abbey’ left O’Moore Park in joyful mood and with the win under their belt.