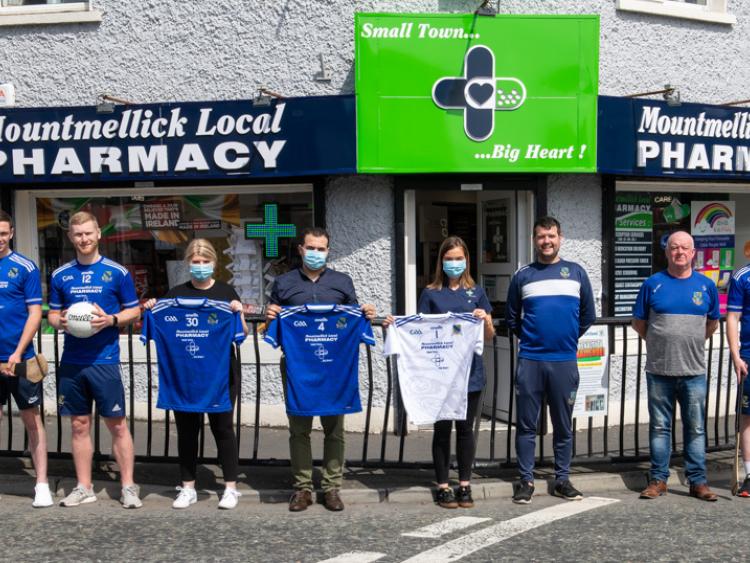 Mountmellick had a good win over Annanough.

Despite a fairly flat performance for three quarters of the match, Mountmellick sprung alive in the last fifteen minutes to get over the line against a sticky Annanough outfit.

The victory keeps the 2018 Intermediate finalists, Mountmellick, dreams alive. However, the Vicarstown men will be forced to win the dreaded relegation final in order to maintain their Intermediate status.

Annanough started brightly, and it was their two teenagers, Killian Horgan and Damien McCaul, who opened with points. Niall Mullen responded with a converted free for Mountmellick, but Annanough knocked over another three points on the trot to get off to a brilliant start.

Again it was Horgan and McCaul who were causing all the damage, as Mountmellick failed to deal with their pace and power in the first half. Annanough corner-forward Elliot Scully nearly got in for a goal soon after a lovely weighted pass from Simon Shortall, but Scully’s shot ricocheted off the top of the crossbar for only a point.

The sides exchanged points before the first water break, with Colm Coss and John Connolly scores being answered with Killian Horgan (free) and Damien McCaul ones.

Upon the resumption, Mountmellick managed to claw their way into the match. Sharpshooters Niall Mullen and Damien McCaul swapped points, before Mullen landed three fine scores in a row to leave Mountmellick only trailing 0-7 to 0-8 at half-time.

Annanough needed the break this time around, and when they returned for the second-half, they appeared to have found their rhythm once more. McCaul converted two frees from close-range to give them a three point advantage.

In between those two scores, Mountmellick could have nearly grabbed the first goal of the game. Goalkeeper Eoghan Keogh’s 45’ drifted short of the target, but half-time substitute Johnny Noonan managed to keep it in, and his effort deflected off the top of the bar and out.

Despite getting away with this break, Annanough were beginning to tire, and that showed in the last twenty minutes of this clash. Mullen scored Mountmellick’s first of the half through a free, before they did finally get the goal they were looking for. Annanough’s Killian Horgan was robbed in the middle of the field, and Mountmellick broke quickly. The ball eventually found midfielder David Kelly, and he placed one into the left hand corner of the goals.

Mountmellick carried this momentum forward after the second water break elapsed and strode to victory. Centre-back Mark Dowling, who was very good at transitioning ball from defence to attack throughout, spotted Mullen inside. Annanough defender Marty Stapleton slipped at the vital moment, and Mullen casually slid the ball past Connor Hanley in the Annanough net.

Wing-back Redmond McEvoy got on the scoresheet soon after, as did substitute Johnny Noonan, and Mountmellick were coasting towards the finish despite struggling for large parts of the game. McCaul (free) grabbed one back for Annanough, but Mullen sealed the victory with the last score of the match.