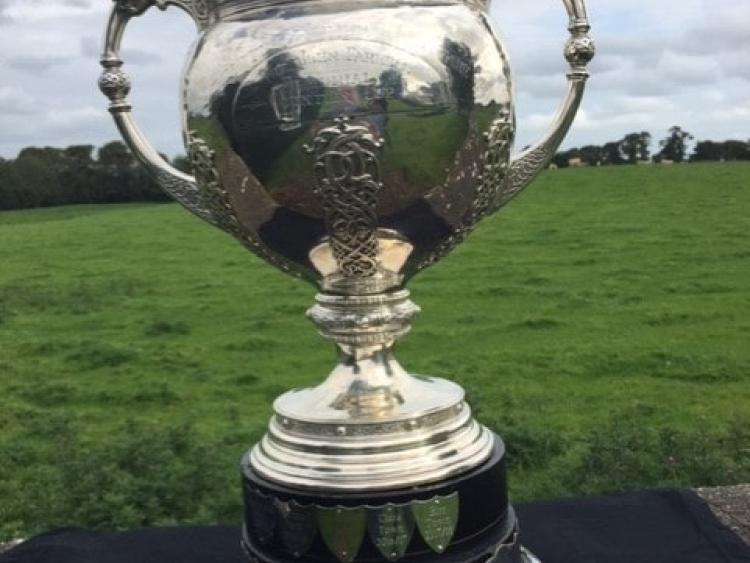 Conor Davis Park Mountmellick is the setting for Sunday’s final of the Combined Counties Football Leagues Blue Ribbon competition, the John Farrell Combined Counties Cup. This famous old Cup has been competed for since the very early days of organised football in the Midlands and is a magnificent piece of silverware in memory of the man who was instrumental in setting up competitive football in the region in those early years, former FAI president John Farrell.

Mountmellick United’s home ground Conor Davis Park is an ideal setting for the final. Opened in 2003, the facility boasts two full size playing pitches, an all-weather training pitch, a grass training pitch and a fine clubhouse. The Club have carried out extensive work on their main pitch and the playing surface is now top class.

Most of the famous Clubs in the Midlands game have had their names proudly displayed on the Cup down the years. These include one of this year’s finalists Birr Town who’s last success was two years ago to add to previous wins in the 90’s. Birr go into this game on a high after claiming the Senior Division title just last week. They are playing with confidence right now with a very good mix of youth and experience in their side.

To get to the final they had to overcome difficult opponents in Stradbally Town, Clonaslee Utd, Mullingar Town and Mountmellick Utd after receiving a first round bye. This experience together with their performances in winning the Senior Division has installed them as favourites to pull off a historic double.

Their opponents in the Final are Portlaoise based outfit Towerhill Rovers. Only formed in 2012, they started out in Division 4 and worked their way up the Divisions over the years winning plenty of trophies along the way. For the past few years they have been a competitive team in Division 1, the second highest Division in the League and have built up a good footballing team that on their day are a match for anybody.

Their appearance in the final has come after defeating Clonmore Utd, Killeigh FC, BBC Utd, Tullamore Town and Temple Villa along the way. This is without doubt the biggest game in the Clubs short but eventful history. They may go into the final as underdogs, but they are happy with that situation and would be quietly confident of pulling off a surprise.