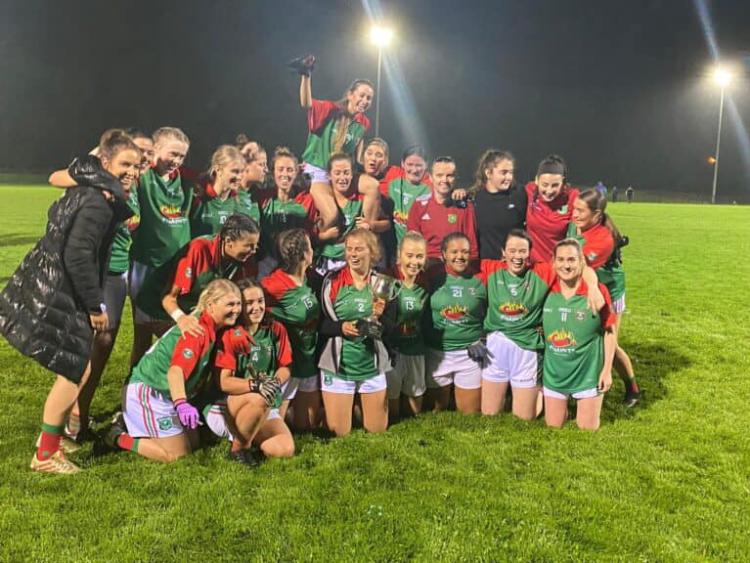 Graiguecullen have taken the first piece of silverware in the Laois Ladies adult calendar after the produced the goods to overcome a spirited Ballyfin side on Tuesday night in Annanough.

They were the dominant side from start to finish and fully deserved their win. While they had the lions share of chances, they couldn't really shake Ballyfin off as they stayed in the game until the final stages.

Graiguecullen got the better start to the game and they had their stall set out inside the opening seven minutes as they led 0-3 to 0-0 with Lauren Walsh opening the scoring with a free while Sinead Smith and player of the match Kelly O'Neill also kicking the first of her seven scores on the night.

Chloe Scanlon got Ballyfin off the mark in the eight minute but they were struggling to get a handle on the Graiguecullen attacking style of play.

The first goal of the game arrived on 10 minutes when a Lauren Walsh free was punched to the net by Essmay Murphy to give them a 1-3 to 0-1 lead.

That became 1-5 to 0-1 with corner back Sara Kerfah and Kelly O'Neill extending their lead.

Graiguecullen were in full control coming up to half time leading 1-7 to 0-2 but Ballyfin came with a late burst and gave themselves a chance of a second half comeback.

Chloe Scanlon's effort for a point came back off the crossbar and into the path of Rachael Walsh who made no mistake in finding the net on 26 minutes.

Then right on the stroke of half time, Sinead O'Rourke played in Edel Finn and the full forward rattled the net to leave it 1-7 to 2-2 at half time and all to play for.

Chelsie Nolan made a fine save for Graiguecullen right a the start of the second half and following on from that, Graiguecullen kicke the next three scores from Sinead Smith, Kelly O'Neill and Courtney Forbes to open up a 1-10 to 2-2 lead after 38 minutes.

Chloe Scanlon was keeping Ballyfin in touch but the goal they craved the bring them to life again never arrived.

Their keeper Ella Dunphy made a fantastic save but minutes later, Graiguecullen had their second goal with Kelly O'Neill raising the green flag to make it 2-10 to 2-3 with 12 minutes to go.

The final 12 minutes or so petered out. Ballyfin tried valiantly to get closer but more goals eluded them and inspired by Kelly O'Neill and Sinead Smith, Graiguecullen took the Junior cup with seven points to spare.