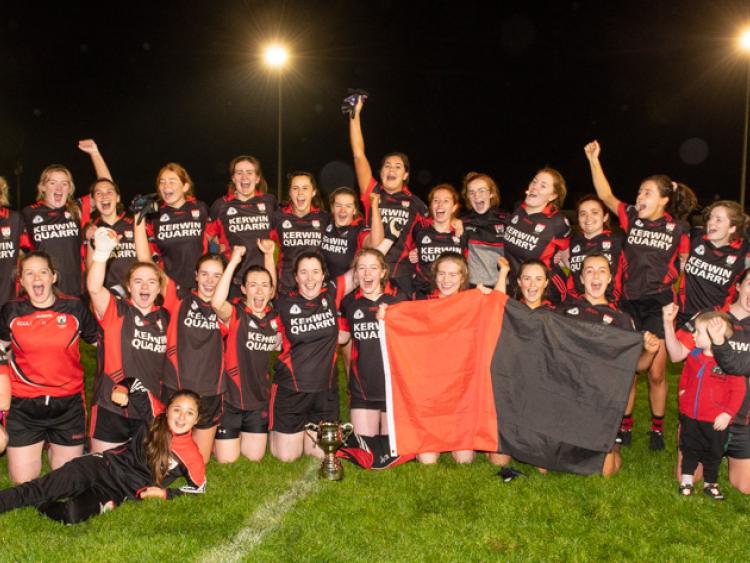 Shanahoe are back up to the senior ranks in Laois Ladies football circles after a rousing come from behind win over Park Ratheniska on Wednesday night.

Played in McCann Park in Portarlington, the Shanahoe girls kicked the last three points of the game to come from two points down with 10 minutes to go to win by one.

Shanahoe had strong performers all over the field but when it came to the crunch, the one and only Mary Griffin really stood up to the mark. Playing at centre forward despite wearing number six, she kicked the winning score deep in injury time with a perfectly executed free.

She got five points overall with her free taking of the highest order on a famous night for the club.

Park Ratheniska looked to be heading for the title leading by two points with 10 minutes to go but the lost both Aoidean Delaney and the influentcial Trish Fogarty to the sin bin in those vital, closing stages. 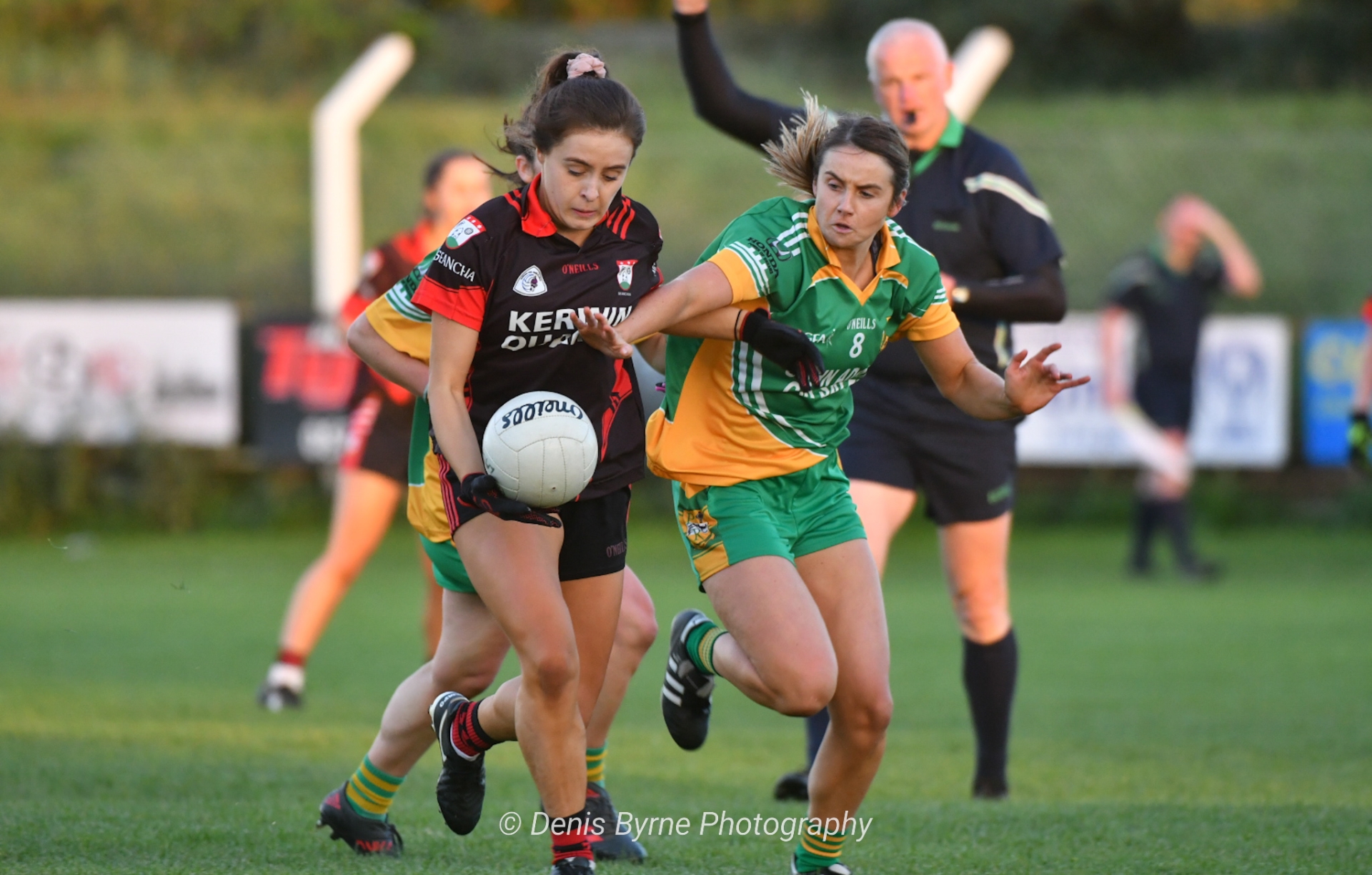 The opening half was a low scoring affair with both defences proving teak tough. It took eight minutes for the opening score of the game to arrive with Mary Griffin curling over a free. Ailbhe Griffin relied immediately for Park Ratheniska as little separated them in the opening exchanges.

Lauren Crawford then put Park into the lead but the next score was to be the first goal of the game. Jeanne de Toulgoet and Mary Griffin made piercing runs through the Park defence with the latter finding Aoife Finlay who made no mistake from close range.

Griffin added another free and from being behind by a point, Shanahoe now led 1-2 to 0-2 with 26 minutes gone.

To their credit, Park responded well and kicked the last three points of the half to leave it just a one point game at the break.

Laura Crawford, Rachel O'Connell and Laura Hyland all found the range as Shanahoe's lead was cut to just 1-3 to 0-5 at half time.

Park Ratheniska came out rejuvenated after the restart and following on from a superb Rachel O'Connell point, the same player found the net after her shot deceived Eimear Barry in the Shanahoe goal.

Now leading by three, momentum had swung in their favour and although Shanahoe answered back with two points, O'Carroll popped over another while substitute Aoife Daly also got her name on the score sheet as they led 1-8 to 1-5 with a little over 10 minutes to play.

Shanahoe had the answers though in the final stages and after Katie Jacob and Laura Finlay drew them level, Mary Griffin stood over a free in injury and bisected the posts for a dramatic win.