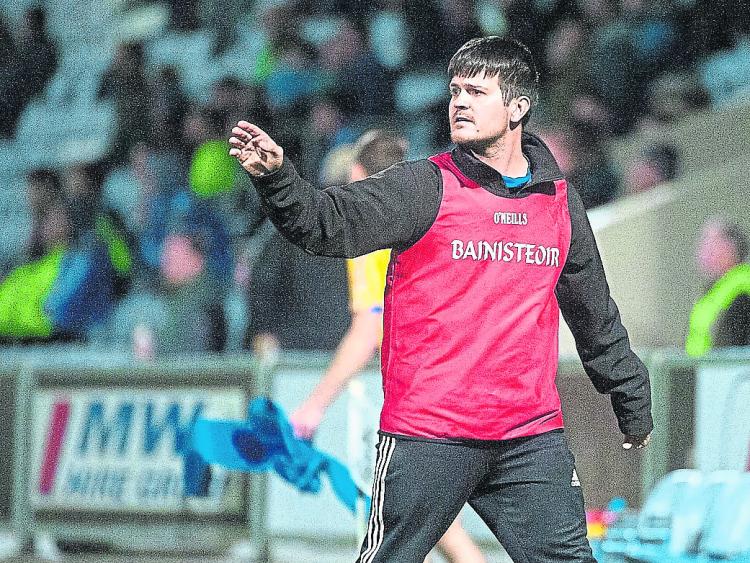 Former Portlaoise player and manager Malachy McNulty is 60 minutes away leading Rhode to yet another Offaly senior football title.

In his first year in charge, McNulty has guided them back to the final having been beaten in last year's decider by Ferbane.

On Sunday they face Tullamore in the final, a team who started slowly in the championship, only getting out of the group on scoring difference before kicking on in the knockout stages and beating reigning champions Ferbane in the semi final in what was the first ever penalty shootout in Offaly GAA history.

Rhode have been the standard bearers in Offaly in the last couple of decades, something similar to Portlaoise in Laois and McNulty certainly knows a thing or two about winning county titles having won them as a player and manager with 'The Town'.

As his term came to its natural end with Portlaoise, he had intended taking time out but when an unknown number rang his phone late last year and he learnt of Rhode's interest, he didn't require a huge amount of time to commit.

“There was a couple of jobs in the mix. I didn't feel I was in the position to take anything at the time. I got a phone call from an unknown number, the chairman here in Rhode last November and it was the only phone call where I looked twice and said, maybe.

"That was based on my knowledge of the Rhode footballers. I would have huge respect for the club and team, coming up against them as a player and manager. I knew there was great quality and depth in the squad and I thought, there is a job I would really like to take on. Here is a group looking to improve and do better each year.

“It is tough  for a team that keeps coming back to county finals. You are trying to find a little bit extra, a wee bit of freshness. I was instantly intrigued by the job and it didn't take me long to get on board.”

Rhode and Portlaoise are similar, not in size but in the sense that they have dominated their respective championships in recent years  but that brings its own challenges.

"What you are looking for within a squad is resilience, the acceptance that sport can't be perfect and things can go wrong. It could be on a minute level on the pitch or it could be the whole game is going against you.

McNulty came across the Rhode men on numerous occasions down through the years and he remembers their clash in the Leinster championship a couple of years ago.

“I came up against Rhode two or three years ago in O'Connor Park. It was a tough game. We won, we had a very bright first half and pulled away from Rhode. They came back very strong in the second half and it came down to two or three points. I remember some of the players I am dealing with now and you can see improvement in some of them, whether it is physical progress or skills. You can see some of the older fellows who are still there and plying their trade as well as ever.”

The Offaly senior football final takes place on Sunday in O'Connor Park, Tullamore at 4pm and the game will be streamed live by Offaly GAA.