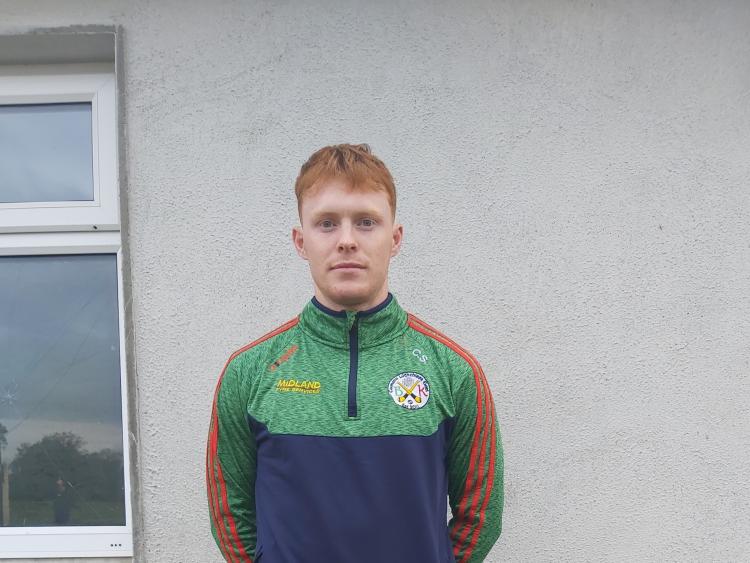 Colm Stapleton has been hit by the Covid-19 pandemic in both his professional and everyday life.

The Portlaoise based Primary school teacher has had to teach virtually for months towards the end of the last term while his first love, hurling, was taken away completely.

Captain of Borris-Kilcotton, if right was right, he should be lining out on Saturday evening against Clough/Ballacolla in the senior hurling final but the GAA’s decision to cancel all club games for three weeks put pay to that.

Earlier in the build up to the County final, Stapleton, who is also member of Eddie Brennan’s Laois panel spoke to us about how the last few months have been a big eye opener for him.

From training or recovering almost every day of the week to having no sport was a harsh shot of reality but he got through it.

“I hadn’t realised before the time that I had been giving to it (hurling). I was left thinking, what am I going to do this evening because normally you would be training three or four times a week. The evenings came there and you wouldn’t know what to be doing with yourself.

“You had to keep the mind and body sharp occupied with other ways like going for walks and that.”

That was one ‘new normal’ for the energetic Captain but then you had to throw in not being able to go to work as normal and being thrown into the deep end when it came to connecting with his students through online platforms.

“It was highly unusual trying to teach kids from home. It was a lot of work on line using the likes of the seesaw app and zoom. We are trying our best to practice using them in school now just in case it pops up again (school closures). We are getting best ready as we can.”

When action resumed at the end of July, it became apparent that down the line, there would be a cohort of clubs still involved in the club championship by the time the Inter County training and matches were allowed to resume.

In a novel approach, players from Borris-Kilcotton and Clough/Ballacolla were actually physically in training with the Laois senior hurling panel despite having a club County final on the horizon.

They would have broke away from the County panel last Thursday night to go back to their clubs for a nine day build up to the County final but have since joined back up with the County setup following confirmation on Monday that the County final wouldn’t be going ahead.

Speaking before confirmation that the County final was postponed, Stapleton commented;

“There has to be a balance and load management. Both managers just want the best for us and to be in the best condition we can be.

“It is great to be back into a routine and to know exactly what is happening during the week. For me personally, it’s just great to be back training and playing because we love hurling and that’s what you want to be doing.”