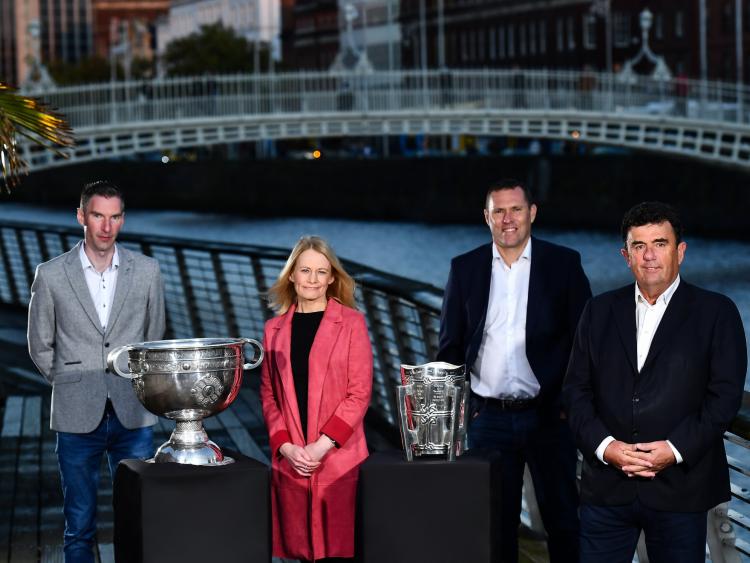 In a year like no other, RTÉ Sport will bring fans more live GAA Championship action than ever before, across television, radio and online. Coverage will include 20 games on the Sunday Game Live and 16 games available in Ireland through GAAGO, building to the All Ireland Football Final on December 19, taking place under lights in Croke Park.

RTÉ Sport will bring you action from all four provinces over the next two months, beginning with the return of the Allianz Football League this Saturday as Armagh host Roscommon in the Athletic Grounds on Saturday GAA Live (Saturday 17 October, 5.15pm on RTÉ2 & RTÉ Player) and then the first of the championship action with the Munster Senior Hurling quarter-final meeting of Clare and Limerick in Thurles (The Sunday Game Live, Sunday 25 October, RTÉ2 & RTÉ Player).

“If the public health situation allows, RTÉ Sport will produce more live games this year than ever before, across television, radio and online, in addition to working with our partners in GAAGO to ensure supporters have access to our national games in an exceptional year.

"Bringing additional games to the public during this uncertain time is core to RTÉ’s public service remit, and we look forward to working with BBC Northern Ireland to ensure the maximum number of games are made available to the audience.”

20 live games on RTÉ One, RTÉ2 and RTÉ Player

All live games also available on-demand on RTÉ Player, alongside additional clips and extras for each game.

Camogie quarter-finals, semi-finals and finals live on RTÉ2 and RTÉ Player with Championship highlights on the Sunday Game

Across its digital platforms, RTÉ Sport will have coverage of every moment of the All-Ireland Football and Hurling Championships, with reporters at every single game

Live updates on every score via rte.ie/sport and the RTÉ News Now app.

RTÉ will once again be providing Irish Language commentary in both football and hurling for this year's Championship, your commentary team of Garry MacDonncha, Dara Ó Cinnéide and Pat Fleury will be bringing you all the action from November onwards.

RTÉ Radio 1 & RTÉ 2FM
RTÉ Radio will this winter offer the very best action in hurling and football with a comprehensive range of commentary and analysis right through the GAA Championships. RTÉ Radio 1 has the full exclusive national coverage of every match in both hurling and football with commentaries featured on Saturday Sport and Sunday Sport which are the two most popular sports programmes on Irish radio (source JNLR).

Our team of commentators will include Pauric Lodge, Brian Carthy, Ger Canning and Darragh Maloney as well as our GAA correspondents, Marty Morrissey and Brian Carthy who will be around the country in the RTÉ Radio 1 Roadcaster.

In addition to all the live action, Brian Carthy’s magazine programme, The Championship, returns to RTÉ Radio 1 on Friday nights at 10pm.

Stay with RTÉ Radio 1 for bulletins throughout the day on Morning Ireland,  bulletins on News at One and regular preview material on Drivetime. Each programme will also have all the breaking news as it happens with extensive analysis and debate featuring also on RTÉ 2fm’s daily sports programme, Game On.

RTÉ.ie
RTÉ.ie/sport will serve as the digital hub for all Championship coverage. Follow every game via our match trackers and live score service on RTÉ.ie/sport and the RTÉ News App, while keeping up to date on the latest news and staying informed with the best columnists in the business.

RTÉ Player will offer live streaming of all RTÉ's live and highlights programming and the best of the Sunday Game's expert analysis on the Football, Hurling and Camogie championships.

You can also watch the Sunday Game and Sunday Game Live on the RTÉ Player, on catch-up while the Sunday Game Facebook, Instagram and Twitter accounts will bring you the best of the panel discussions and analysis, as well as all the behind the scenes fun and games.

All this, as well as the RTÉ GAA Podcast, our interactive Facebook Lives and newly expanded analysis tools, which will provide the best reviews and previews of the Gaelic football and hurling action.

Where to find RTÉ’s GAA coverage

The weekend sports schedule is Spórt an tSathairn at 2 pm on Saturdays and Reacaireacht an Tráthnóna at 7 pm for evening fixtures.  On Sundays, Spórt an Lae is broadcast from 1.50 pm.

GAAGO
Previously available outside of Ireland only, GAAGO, a joint venture between the GAA and RTÉ, will for the first time allow GAA fans at home to stream inter-county GAA games live or on demand including the conclusion of the Allianz National Leagues as well as 16 Championship games. Images will be sent to desks by Sportsfile on behalf of RTÉ