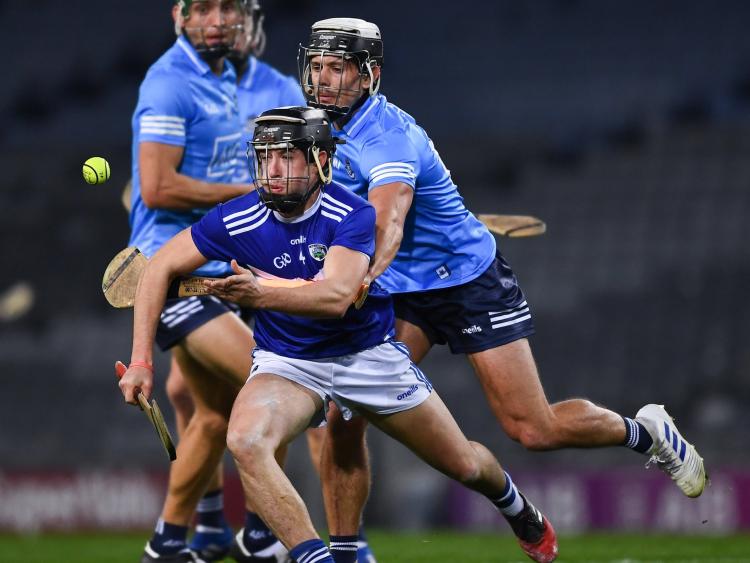 Laois are out of the Leinster Hurling Championship at the first hurdle as a more clinical and clued in Dublin ended their Leinster hopes in Croke Park on Saturday evening.

While Dublin scored heavily, Laois were no slouches either and for large parts of the game, they were well within reach of the Dubs.

Having been used to club action for the last few months, the step up in standard of the hurling on show was evident right from the get go.

Dublin were out of the blocks first after just 40 seconds with Cian Boland firing over but Laois were quickly off the mark also as Ross King landed a ‘65’ in the third minute.

There was very little to separate them early on with the scores coming thick and fast. Dublin went 0-3 to 0-1 in front but a superb long distance score from Stephen ‘Picky’ Maher narrowed the gap to the minimum.

Dublin were just about able to keep their noses in front and Donal Burke was having a superb opening period and two point from the number 13 edged them 0-5 to 0-2 ahead by the eighth minute.

Aaron Dunphy and Ross King ensured that Dublin were not pulling too far away but Dublin still led as the clock moved past the 10 minute mark.

That trend continued with Dublin going ahead by a couple of points but Laois were on their tails and a well worked move between Ross King and Paddy Purcell ended up with the latter firing over.

Another King free left them 0-7 to 0-6 in arrears but Dublin hit a trio of scores before the water breal to move them four ahead, the pick of which from Chris Crummey, his first of the game as they led 0-10 to 0-6 at the water break.

King got one back for Laois but Dublin were about to pull away. With Ross King becoming more and more isolated in the fill forward line, the chances dried up and Dublin kept coming.

Donal Burke was on top form and a superb solo run from the Na Fianna man saw him drill low past the helpless Enda Rowland to push Dublin out to a 1-12 to 0-8 lead with 24 minutes played.

Laois did well not to let the game get away from them totally but Dublin did put in another strong final minutes to the half with Burke and Cian Boland both adding to their tallies while Enda Rowland was called on to make a superb save Riain McBride.

Dublin started the second half in familiar fashion and three frees in a row from Donal Burke and a fine Danny Sutcliffe point pushed them into a 1-20 to 0-12 lead but if Laois were to go down, they were going down fighting as inspirational points from distance courtesy of Paddy Purcell and Padraig Delaney narrowed the gap.

However at this stage, there was no stopping Dublin and Donal Burke in particular as he continued to punish the Laois fouling with exceptional accuracy from placed balls.

With 20 minutes to go, Laois trailed 1-23 to 0-18 but it was goals they craved as Ross King kept them ticking over with frees.

While they were being outplayed, Laois were only a goal away from getting back into the game.

Enda Rowland then landed two frees and with 16 minutes left, Laois were in arrears 1-24 to 0-21 as Dublin didn’t look to have that cutting edge to put Laois away.

As the game petered out, Dublin began to pull away again with substitute Eamon Dillon showing well for the men from the Capital.

Laois were a beaten docket with eight minutes to go with off target frees adding to their woes.

Eamon Dillon compounded their misery with a goal in injury time as they pulled well clear and put an extra bit of gloss on the scoreline.