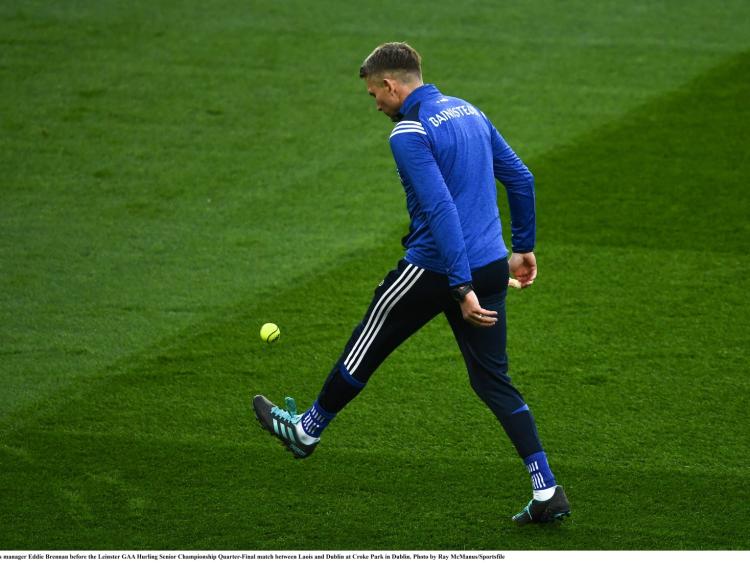 “Last year is the rear view mirror now. We are up at the highest level now and you have to go out of your comfort zone and push for those extra yards and gains.

“It’s like an athletics runner getting down to a certain time on a mile. To get the last few little bits is the difference.”

The view of Laois hurling manager Eddie Brennan on the steps of the Hogan Stand in Croke Park minutes after he witnessed his side suffer a 2-31 to 0-23 loss at the hands of Dublin. Click here for match report.

Laois beat the Dubs last year but now up in the Leinster Championship with the big boys, Brennan was insisting that last year is in the past and Laois need to find those extra few gains in their performances.

To be fair to Laois, there were periods of the game where they performed well. The period before the second half water break, they actually out scored Dublin when it looked like the men from the Capital might pull away after grabbing the opening four points of the second half.

Donal Burke’s first half goal was also a killer to Brennan’s troops but all in all, he agreed that there was no doubting the better side won.

“It’s fair to say the last goal really took the gloss off it and it maybe doesn’t justify the efforts we put in but at the same time, you can’t take it away from Dublin. There was hunger there from Dublin and that was evident in how they applied themselves.

“We showed how good we can be at stages tonight. I think their goal in the first half turned out to be significant because it gave Dublin a nice cushion.

“When we got it back to five points in the second half – if we could have avoided that goal we were well in it and even in the first half, for all Dublin’s dominance, the goal was ultimately the difference coming in at half time.

“We’re heartbroken inside. The scoreboard was very badly against us in the end but we can have no arguments over who the better team was unfortunately.

“But to be fair to them (Dublin), with 15 minutes to go, they responded well, had some good impact off the bench and kicked for home.

“With five or six minutes to go, our legs looked to be out. We had to put a lot in to get back to that five point margin and spent a lot of energy on that,” explained the former Kilkenny star.

Brennan agreed that is hard to prepare a team in the whole Covid-19 impacted scenario and confirmed that they lost two un-named players during the week.

“You don’t get a chance to sit down with lads one on one and ask them are they ok with that to a point? It is at the back of everyone’s mind but all you can do is do your protocols and keep doing what we are advised to do.

“We lost two lads during the week due to being close contacts of confirmed cases. It’s there, its real and part of parcel of it now.

“Fair play to both sets of players for making it happen still and coming out in those circumstances. All you have to do is look at the situation down in Offaly this week.

“It is tricky. Three weeks ago, we got the green light for the go ahead. We had three weeks to work with them. We got two challenge games and you are just trying to get up to match speed. You need to be playing top opposition to get up to that level.

“We had to maximise the time we had with them.” 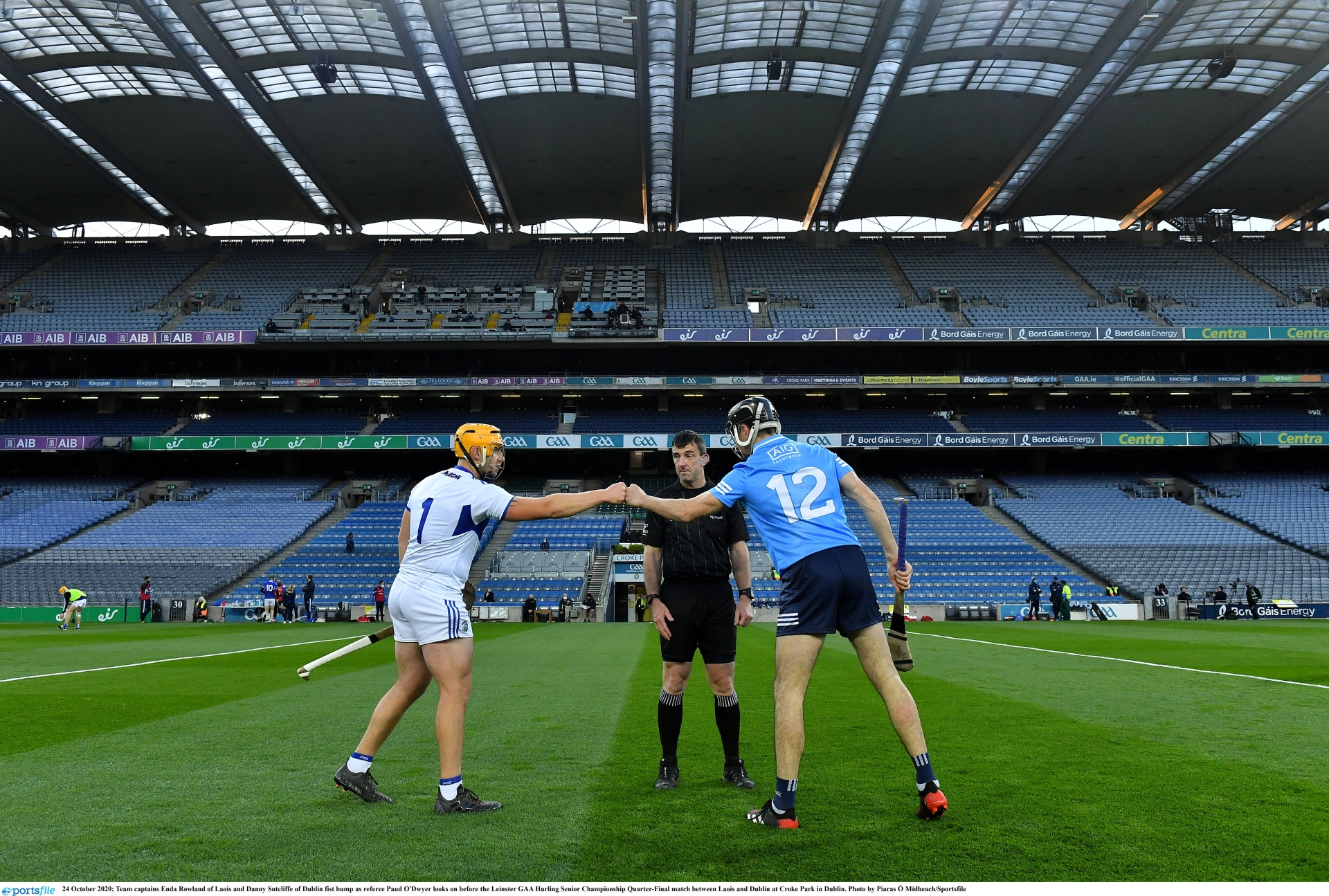 Laois never threatened the Dublin goal and that was something that cost them in the wind up. With Ross King often the lone man in the full forward line, a goal threat wasn’t presented and in championship hurling, you have to have a goal threat.

“We got no joy out of that. They way we set up as well, the Dublin spare man did well. He was very pro active. He was used to playing it and he knew when to go. He got on a lot of ball. They worked their own puck outs well as well,” explained the Laois boss.

Mark Kavanagh came on at half time but he was nowhere near full fitness but the timeframe between now and the qualifier game will help Kavanagh and others who are carrying knocks to get back closer to 100 percent.

“The physio’s did some job to get him (Mark Kavanagh) ready for tonight. It was nearly a miracle that he played. That is testament to Mark too; he is very committed to the cause.

“We have two or three other guys nursing injuries in there as well and we will see what way they are. By the nature of it with the games coming thick and fast, lads will lose out and others will have to be ready to step in.

“It is character building now. How good are they going to respond? How good are we collectively? Team sport by its nature is that you stick together and you learn from it and kick on.

“We will take the positives and say at times, we punched hard out there. We really played well. At this level, you have to be able to sustain that for 75 minutes.

“Dublin’s fitness and conditioning along with that bit of drive in them is probably what got them home tonight.

“I am very proud of the lads and how they applied themselves under the conditions.”