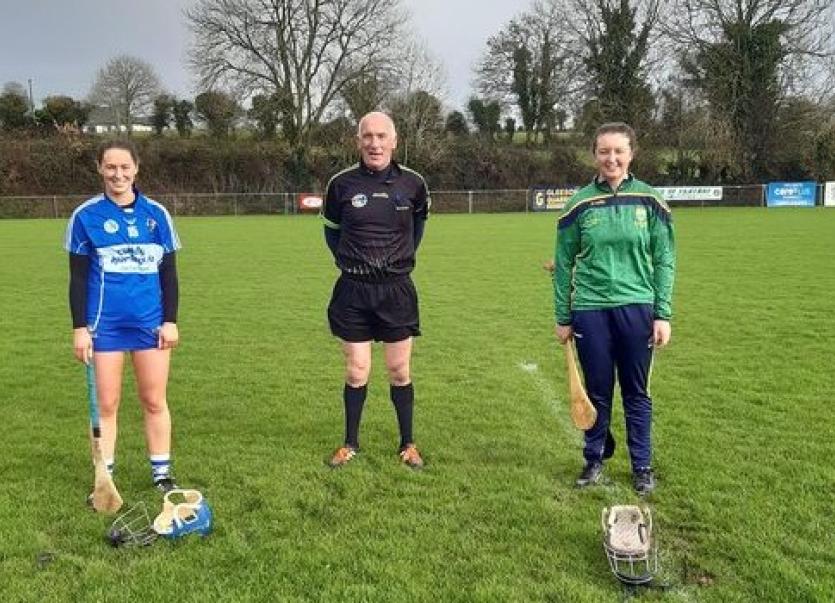 Laois booked their place in the All Ireland camogie Semi Final on Sunday afternoon in the most dramatic of fashion when they came from five points behind after 45 minutes of play to equalise, forcing extra time in which they powered home.

Remarkably, after 45 minutes of play, Laois went into the second water break having only registered one score, a goal from Sarah Cuddy.

However, Laois scored five unanswered points in the fourth quarter, including a dramatic tremendous long range equaliser from Clodagh Tynan which was the final puck of normal time. Kirsten Keenan was on song for Laois in extra time as she scored three out of four Laois points to drag her side over the line and into the semi-final.

From the start, it was clear that it was going to be a slog with the heavy and persistent rain before throw in leading to difficult playing conditions. With a crowded middle third, it was Kerry who seemed to cope best with the difficult conditions and they registered their first score through a Patrice Diggin free. Jackie Horgan and Caoimhe Spillane added to Kerry’s lead to leave them 0-3 to 0-0 up at the first water break.

It is difficult to explain in writing just how difficult playing conditions were but nearly every ball which dropped on the ground turned into a shemozzle with players on both sides struggling to get the ball out of the swampy conditions.

Laois really struggled to cope with both the underfoot conditions and a packed Kerry defence. It took them 17 minutes to register their first shot at goal, a rare wayward free from Kirsten Keenan.

However, just two minutes later, Laois had their first score of the game. When Sara Cuddy picked the ball up on the ‘45’, she had one thing on her mind. She headed for goal and unleashed a rocket on the ‘21’ past Aoife Fitzgerald in the Kerry goal. Two more frees before half time from Diggin, gave Kerry a 0-5 to 1-0 lead at half time.

Just three minutes into the second half, Laois’s were dealt a devastating blow. A long, seemingly harmless ball dropped in around the Laois goalmouth. Laois failed to clear their lines and Jessica Fitzell pulled along the ground past Aedin Lowry to extend Kerry’s lead to five. However, amazingly this would prove to be Kerry’s final score as they failed to score again until the 18th minute of extra time.

Having trailed by five at the second water break, Laois found a new gear that seemed to be non-existent for the previous 45 minutes. Allison McEvoy fired over for Laois to start the comeback. A long range point from Fiona Scully and points from Aisling O’Dea and Clodagh Tynan set up a grand slam finish as the game entered injury time with Laois trailing by the minimum.

Step forward Clodagh Tynan. The St Brigid’s woman picked the ball up 50 metres out and fired over a fantastic long range point with the very last puck of the game to drag the game to extra time.

Laois carried the momentum into extra time and two frees from Kirsten Keenan gave them a two-point advantage at half time of extra time. Kennan continued the second half of extra time just as the first had finished, adding another free. Laura Marie Maher increased Laois’ lead to four with four left to play. Jackie Horgan did reduce the deficit to just three points with two minutes left on the clock. However, it was Keenan who had the last say as she pointed the last score of the game to book Laois’ spot in the All Ireland semi-final next weekend.