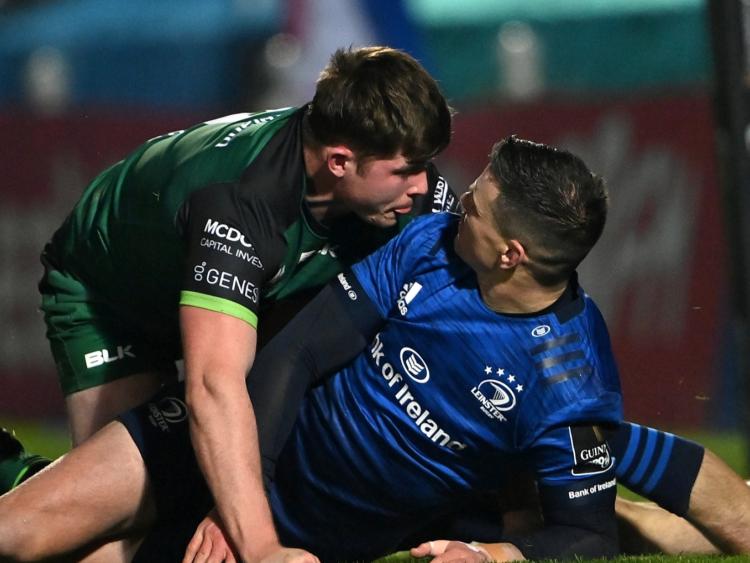 Sean Masterson gets up close and personal with Johnny Sexton.

Connacht registered their first win over Leinster in Dublin since September 2002 on Saturday and in process ended Leinster's 26 game unbeaten run in the Pro14.

The westerners were backboned by Laois brothers Sean and Eoghan Masterson as the pair shone in a complete team performance.

Leinster went into the game as raging hot favourites but with Sean Masterson dominant at number eight and older brother Eoghan rampant at blindside flanker, Connacht defied the odds and won out 35 to 24.

Eoghan Masterson won his 100th cap for the Province the previous week in their defeat to Ulster but this time around, he was joined in the starting line up by Sean who was earning his first start for the Connacht men at number eight having signed his first professional contract back in June of 2020.

Connacht were missing some regulars and the younger of the two brothers certainly made his mark in the game.