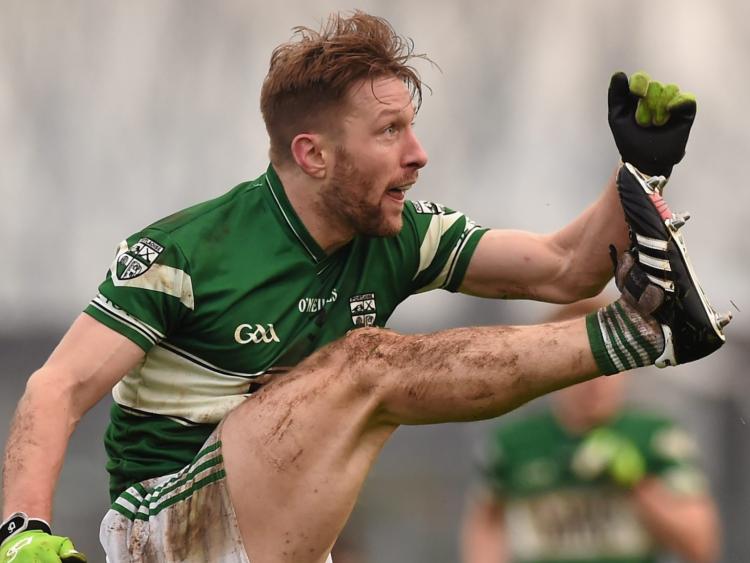 Cahir Healy in action for Portlaoise

Having made the pilgrimage back and forth from London to play for Laois and Portlaoise over the last decade, stalwart Cahir Healy is at peace with his decision to transfer to London and play hurling and football in the English Capital for the foreseeable future.

Speaking to RTE’s Game radio show, the 34 year old explained how the time was right to make the move.

"Near the end, I started to feel like I wasn’t contributing anymore. I had a few knee injuries the past few seasons so I was missing games and training. I wasn’t around.

"I was 10 years at it this year. Because there were so many younger lads coming on, they wouldn’t have known me before I went to London. For the first five or six years, I still felt very much part of it. The guys my own age were still playing.

"Most of my friends I grew up with playing were still on the team, so when I came home, I didn’t feel like a stranger.

"Near the end though, I did feel like I wasn’t contributing. In the end, it wasn’t the same."

He was hoping for the perfect finish to his time in the green and white of Portlaoise and blue and white of Laois but Covid-19 put pay to that.

"I didn’t get to finish out the season with any of them. I played with the club in the summer, but once I was back teaching in September I didn’t play the last few games with the club. That was quite disappointing.

"It was out of my control, but it’s not something I’m beating myself up over."

His attention will now turn to London and he is leaving the door open to playing the London County team should things get back to normal and if he is approached. But for now, he is looking forward to playing and training with his club over the waters and not making the big commute home every weekend.

"I’m looking forward to training with the team I’m playing with. I missed that a lot with Portlaoise and Laois, being around my team-mates during the week.

"If either of the London county teams wanted me, I’ll certainly play with them if they call. With regards to training, it will remain the same. It’s the travelling at the weekend.

"It will be nice to relax after work on a Friday and not rush to the airport."