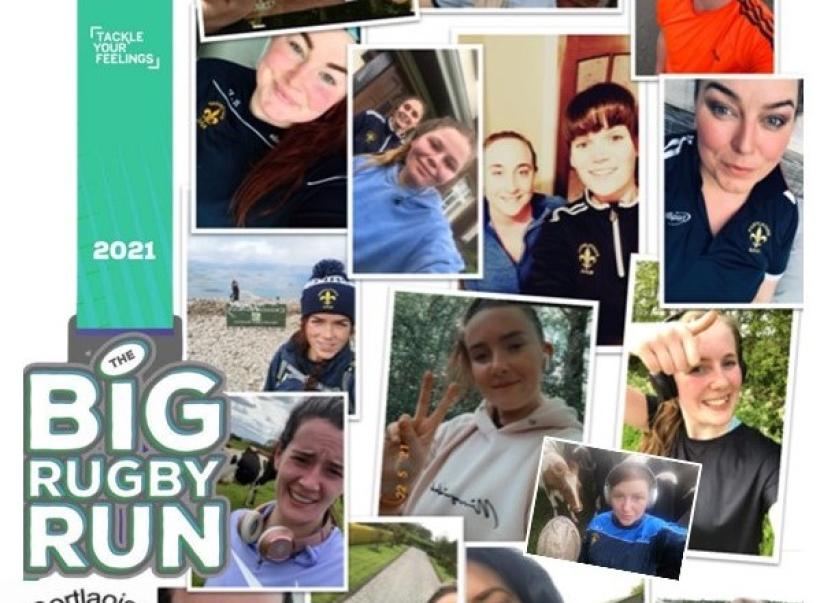 Portlaoise Rugby Club participated in an initiative known as ‘The Big Rugby Run’ last Saturday 22nd May in aid of mental health charity.  Now in its second year, #TheBigRugbyRun aims to connect the grassroots of the Irish rugby community together following an extremely challenging season for clubs and their members.

This year’s event format saw each registered team, of which Portlaoise RFC had both adult and juvenile teams entered, committing to running the 42 kilometre distance of a full marathon – all while carrying a rugby ball! Completing the run was a true team effort, with members well surpassing the kilometre quota for the virtual marathon relay.

Ladies’ captain Amy O’Callaghan spoke after her participation, stating “events such as these are important, not only to create awareness around mental health, but also to emphasise the positive role of exercise and participation in team sports in being proactive about minding not only our own mental health, but also that of our team-mates. It was great to come together to be part of such a strong club effort today.”

Funds raised from this year’s run will go towards the “Tackle Your Feelings!” initiative. Tackle your Feelings is an all-island mental health and well-being campaign from Rugby Players Ireland (RPI) in partnership with Zurich Ireland.

The campaign is an innovative and unique approach to breaking down stigma around emotional well-being, and encourages people to be proactive about looking after their mental well-being. The run aims to inspire people to ‘Take Control’ of their mental health and well-being.

The need for a focus on mental well-being in Ireland is starkly apparent now more than ever due to the long-term negative impact of Covid-19 on the nation’s mental health – an issue apparent across all ages and demographics. With another season gone by for the rugby community with no competitive on-field action, the ‘Tackle Your Feelings’ mission has never felt more relevant than it is right now.

Speaking on the members’ efforts, Portlaoise RFC President Philip Bradley stated that “It was fantastic to see members from all sections of the club, men’s, ladies’ and juveniles, come together to participate in such a worthwhile event. Although May would traditionally be the end of the rugby season, this event gave members a reason to reconnect while raising money for a very worthy charity.”