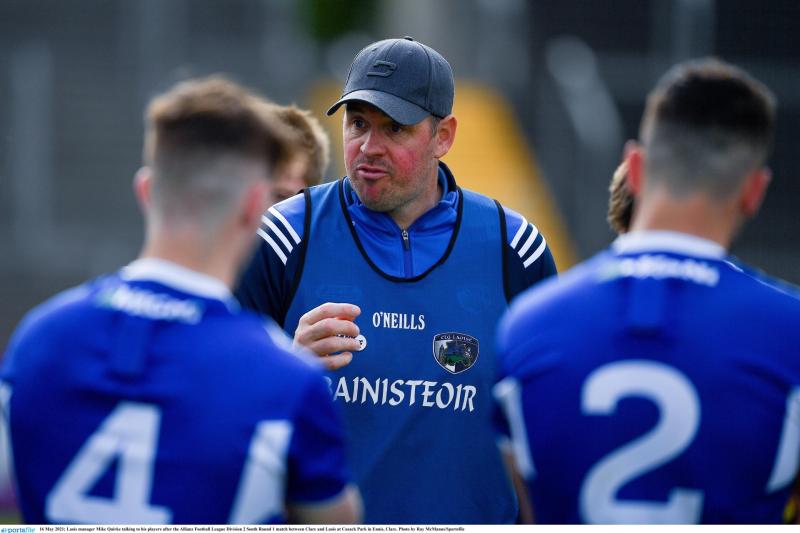 Laois senior football manager has made four changes for their do or die relegation clash with Down on Saturday evening. With the loser heading to Division three football for 2022, the stakes are massive and Laois have been boosted by the return from injury of some key players.

Portarlington duo Sean Byrne and Colm Murphy come in for their first starts of the campaign while the experienced duo of Colm Begley and Donie Kingston are also back in the starting 15 after missing out the last day against Kildare.

Alan Farrell, Gary Walsh, Brian Byrne and Danny O'Reilly all make way with Graiguecullen's O'Reilly ruled out of the matchday 26 through injury.

Down beat Westmeath in their last league game to avoid finishing bottom of Division two north but it all hinges now on this game and a demotion to Division three would be a big step backwards for both teams.

Laois have been struggling in front of goals. While they have been creating chances, the killer instinct hasn't been there but if they can sharpen up on that front, they have every chance of saving their skin.

The game throws in at 6.15pm in Newry where there will be a big home support and the game will be streamed live on GAAGO. The losers of Cork and Westmeath in the other semi final will also be relegated.

READ ALSO: Down forward believes home crown can drive them to victory