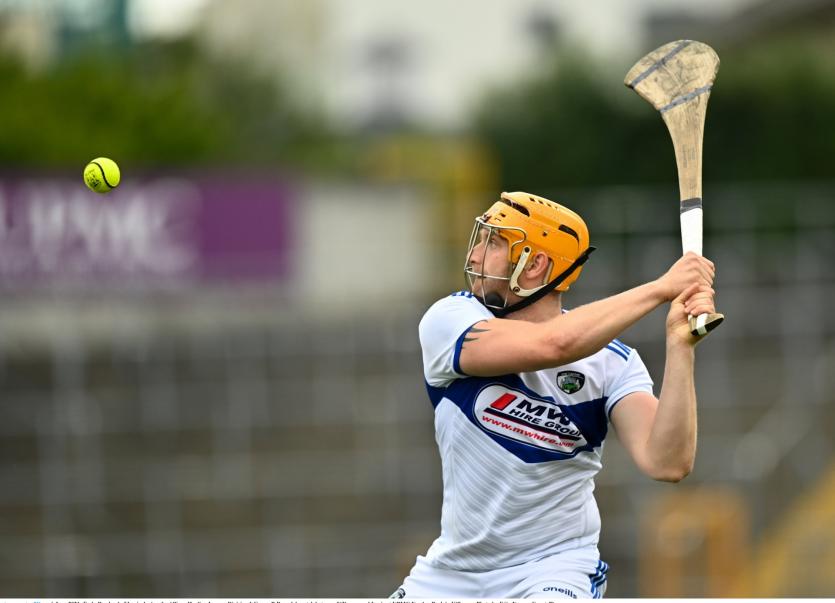 Laois have finished their Allianz League campaign without a win after they travelled to Antrim on Saturday and left with a four point defeat.

They were competitive the whole way through but their wide count came back to haunt them as they too many unforced wides over the course of the game. Laois are in a better place than they were at the start of the league but it's now five defeats from five.

They now have two weeks to sharpen up for the Leinster championship opener with Wexford in Nowlan Park on Saturday week and while their were green shoots, most notably Jack Kelly's performance in midfield, Saturday's loss is another dent in confidence for Cheddar Plunkett's men.

Conal Cunning had Antrim off the mark inside the opening minute before the full forward doubled their lead to give the Antrim head an early head of steam. Laois did have a few chances early on but the radar was out and Antrim landed another two points, the pick of which from Aodhan O'Brien to make it 0-4 to 0-0 after eight minutes.

Laois finally got off the mark on 10 minutes with Jack Kelly, who hurled at midfield rather than his usual wing back slot, raiding forward and landing the O'Moore County's opening score.

Ross King quickly added a free but Antrim still had that cushion. Ryan Mullaney landed the point of the half on 16 minutes when he fired over from his own halfback line but points a Conal Cunning free and '65' left Antrim in front 0-7 to 0-3 at the first half water break.

Paddy Burke extended the Antrim lead but with both teams hitting their fair share of wides, the game was still in the melting pot.

Ross King had a great chance of a goal on 26 minutes but the angle proved too tight as he came in along the end line. The wides continued to rack up for Laois and some of them were what should be routine efforts which would have really frustrated Cheddar Plunkett and the management team.

With 10 wides now amassed, Laois finally broke their scoring drought when Paddy Purcell found the range but another brace from the Antrim men saw the gap at 0-12 to 0-4 on 32 minutes.

Eoghan Campbell briefly extended the lead for the home side but with the next attack, Ciaran Collier landed Laois' fifth point of the day with a minute to go until half time.

Jack Kelly was standing out at midfield for Laois and he added his second point of the day before Enda Rowland landed a long range free with the last puck of the half to give Laois a lifeline and only trailing by six at half time - 0-13 to 0-7.

Laois started the second half well and a long range effort from Ryan Mullaney and a skillful Ross King score cut the gap to four. The lively Eoin O'Neill got Antrim back to a five point cushion but two points in as many minutes from Jack Kelly, his third and Willie Dunphy suddenly had it back to a three point game on 43 minutes.

Laois were now starting to get motoring and another Ross King point cut the gap to 0-14 to 0-12 and finished off the opening 10 minutes of the second half with Laois outscoring Antrim 0-5 to 0-1.

Antrim were not going to lie down on their home ground and Conal Cunning added two in quick fire succession to puck his sixth and seventh point of the day as Antrim edged four ahead again with 48 minutes on the clock.

Sean Elliot and Stephen 'Picky' Maher traded scores at either end before substitute Ciaran Clarke edged Antrim 0-18 to 0-13 ahead at the second water break.

The wides continued to roll for Laois as the tricky wind conditions made for a frustrating afternoon in terms of the scoring conversion rate.

As the game entered the last 10 minutes, Antrim led 0-20 to 0-14 and at that stage Laois needed a goal. Jack Kelly landed his fourth of the day while sub PJ Scully sailed over a long range free to make it a four point game with plenty of time still left for  a strong finish.

Aaron Dunphy and Picky Maher further cut the gap for Laois but disaster was around the corner with Antrim finding the net with five minutes to go from Eoghan Campbell to leave it 1-21 to 0-18. PJ Scully answered back with a free but could Laois get a goal of their own.

The answer to that was yes as PJ Scully found the net from close range on 68 minutes to leave it 1-21 to 1-19 with time almost up.