Portlaoise woman named as Captain of Ireland U20 Basketball team

Four Portlaoise Panthers have made the squad 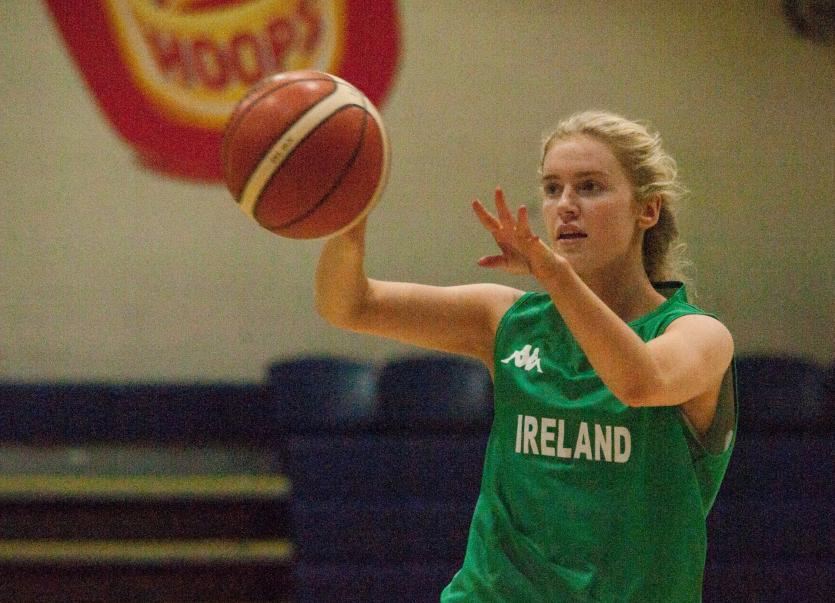 Ciara Byrne is the Ireland U20 Basketball Captain

Ireland U20 women’s head coach and Portlaoise man Martin Conroy has announced his final roster of 12 players, as they prepare to face Europe’s elite at the FIBA U20 Women’s Basketball European Challengers 2021, which take place from July 12th-17th in Sopron, Hungary.

Four Portlaoise Panthers players will be represented and there is a big honour for Ciara Byrne who has been announced as the team Captain.

Fellow Panthers Lisa Blaney, Jasmine Burke and Sarah Fleming will join Byrne in the squad ahead of the trip to Hungary.

Head coach Martin Conroy acknowledged the difficulty of bringing the squad down to 12 ahead of the FIBA European Challengers;

“For our coaching staff, this was an unbelievably difficult decision to select a tournament 12 to represent Ireland in the FIBA U20 Women’s European Challengers tournament in Sopron, Hungary. That decision was made even more difficult by the fantastic group of players that have committed themselves to the programme over the past eight weeks. Their dedication and efforts are truly phenomenal and we, as a staff, appreciate this.”

He continued: “It’s exciting to move forward with these 12 players and we know that they will do our country proud when they play some of the best teams in Europe in ten days time. We have Spain, Hungary, Serbia, Czech Republic and Israel in our group, which is fantastic, and we look forward to pitting ourselves against these great teams in a tournament environment. An understatement would be to say it won’t be easy, but we’re confident that our players will be ready for the challenges we face.”

Ireland’s U20 women are playing Division A basketball, having secured promotion following a bronze medal at the 2019 FIBA U20 Women’s European Championship Division B in Pristina, Kosovo. They are in Group B at the FIBA U20 Women’s European Challengers 2021, it is a round robin tournament and Ireland start against hosts Hungary on Monday 12th. It’s followed by games against Israel (13th July), Spain (14th July), Serbia (16th July) and Czech Republic (17th July).

Your guide to the weekend's live sport on TV

Portlaoise GAA star shortlisted for Minor footballer of the week