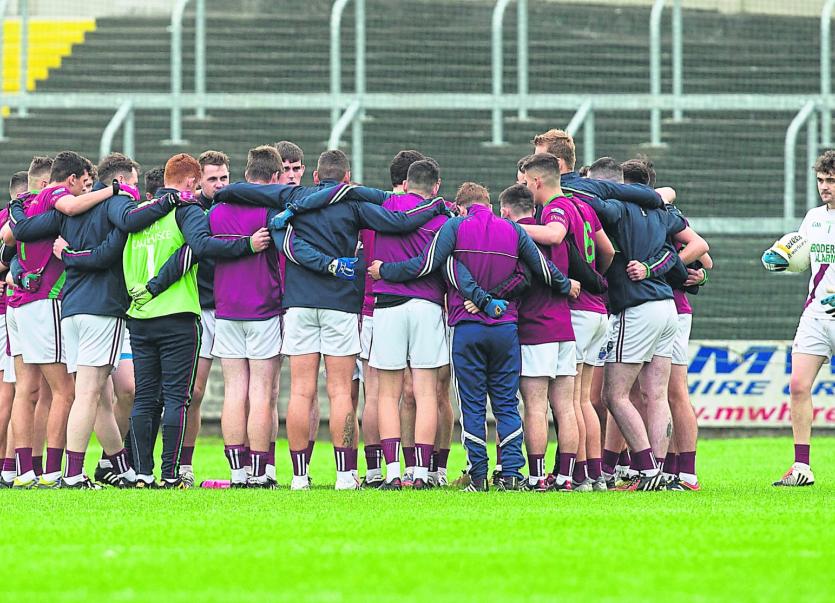 Portarlington dusted themselves off after receiving a heavy beating from Portlaoise in the opening round of the league to comfortably see off Courtwood in Ballybrittas. A brace of goals from Rioghan Murphy and another from Stuart Mulpeter saw Portarlington on their way to victory.

Jake Foster fired over two frees in the opening minutes, as Portarlington had the help of the wind in the first half. Courtwood responded well though, as Danny Luttrell kicked over two on the trot from placed balls himself to level proceedings.

Foster fisted over from close-range to put Portarlington back ahead after a cute ball in from centre-forward Ronan Coffey, but Niall Dunne drove over a score down the other end after strong running from Robert Tyrell in midfield for Courtwood.

Colin Slevin sent over Portarlington’s fourth point, but Cian Doyle replied with a super score where he evaded a couple of challenges before firing over with the outside of his boot. Ronan Coffey curled over the last score before the first water break was called, as Portarlington led 0-5 to 0-4.

Upon the resumption, Rioghan Murphy scored the first of his two goals. Quick, incisive hands from midfielder Eoin McCann saw him find Murphy, who’s first strike was well saved by Courtwood keeper Eoghan O’Neill, but Murphy followed in for the rebound.

Alan Kinsella curled over a point for Courtwood, but Portarlington took over for the remainder of the half. Adam Ryan, Stephen O’Neill, David Murphy (free) and Jake Foster all raised white flags for the away side to steer them into a healthy advantage.

Danny Luttrell slotted over a free for Courtwood, but Portarlington finished the half with point from Jake Foster and Stephen O’Neill to go in with a 1-11 to 0-6 half-time lead.

Ronan Coffey and Alan Kinsella exchanged frees at the start of the second half, before Portarlington wing-back Adam Ryan grabbed his second score. Courtwood responded with Luttrell and Kinsella frees but still trailed 0-8 to 1-13 with fifteen minutes left.

Portarlington would again finish the half strong after the water break concluded. Their goalkeeper, Sean Mooney made two sublime saves, while Foster and second half substitute Daragh Galvin pointed for them.

Rioghan Murphy then made no mistake with the finish for his second goal after a clever ball in from Colin Slevin. Niall Dunne landed Courtwood’s last score, but a Stuart Mulpeter sealed things for Portarlington in impressive fashion.