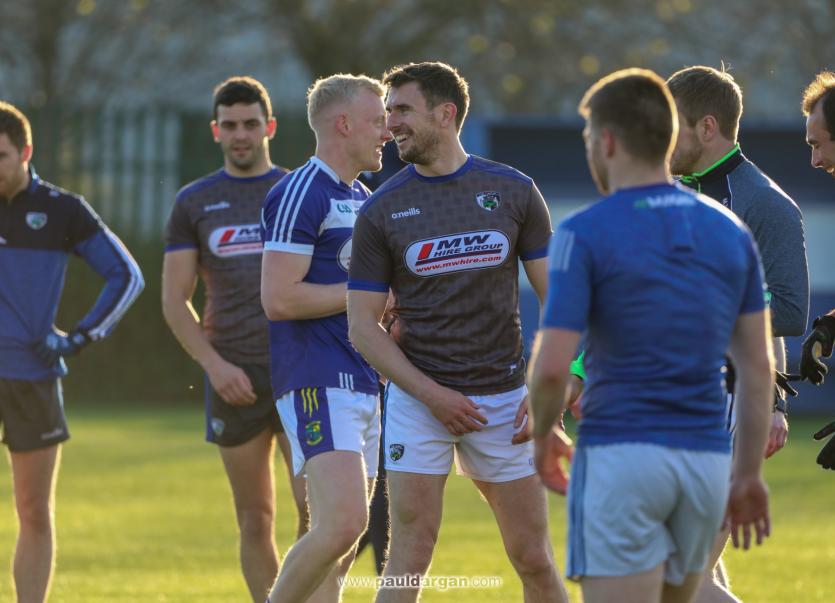 Colm Begley will start the game at centre back

Laois senior football manager Mike Quirke has named his starting 15 and his subs ahead of their Leinster championship opener against Westmeath on Sunday.

O'Connor Park in Tullamore will stage the game with a 1.30pm throw in and the Kerry man has made two changes to the team that lost to Down in a relegation play off last month.

Both changes are in the defence with stalwart Mark Timmons and Portarlington's Robbie Piggott dropping to the bench with Seamus Lacey and Trevor Collins coming into the starting 15.

Danny O'Reilly moves to wing back with Seamus Lacey reverting to the number three shirt while Collins comes in as a straight swap for Piggot at corner back.

It is knockout championship action on Sunday for the first time since 2000 and interestingly, it was Westmeath, in Tullamore, that Laois faced 21 years ago the last time the Leinster championship was a straight knockout.

Laois boss Quirke has been critical of the GAA in the lead up to the game claiming they showed a lack of imagination by not having some sort of second chance for teams.

The game will be shown live on GAAGO while 500 supporters will be able to attend the game.

The Laois team in full is as follows

Senior Football Manager Mike Quirke has announced his team to play Westmeath Gaa on Sunday 4th of July at 1.30pm

Unfortunately with limited attendance the game can only be viewed Live on @GAAGO https://t.co/J11gFWCZhy@gaaleinster pic.twitter.com/TSRxM69WGE