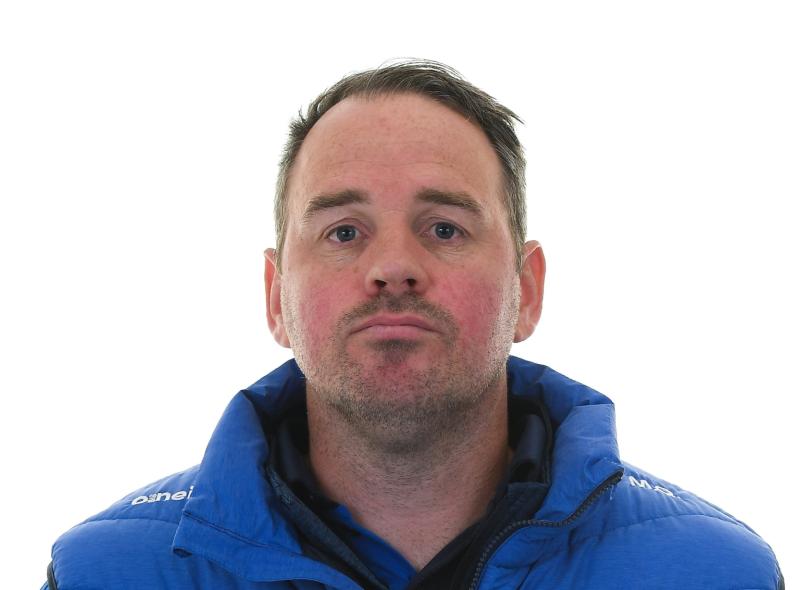 After a dismal league campaign that saw them relegated to Division three of the National football league, Laois will go in search of a championship win on Sunday to spark their year into life.

They take on fellow strugglers Westmeath who were also relegated to Division three in Tullamore at 1.30pm on Sunday and Laois boss Mike Quirke is hoping that they can turn things around and get that first win of the year that the group are craving.
While it was a league campaign to forget, they had the chances to stay up let go of a winning position against Down in a relegation play off on a day that saw them concede soft goals and not for the first time this year, not take their chances at the other end.

The former Kerry All Ireland winner is adamant that the ingredients are there and if they can sharpen up, they have every chance of claiming a win against their fellow midlanders.

“We could have done. I still think, that game up in Down was a game where we could have came out five or six point winners. We conceded two soft goals and we missed four one on one goal chances which would have put a different reflection on the game.

Further to that, the stats show that they have improved on parts of their game from last year even if the biggest stat of them all, results, has eluded them so far in 2021.

“Your ambition before the league started is very different to where it finished. All we can control is the work we do every night on the field and what we try to deliver on the day of a match. We haven't got those performances that we wanted.

“We have won more kickouts this year than we did last year and we have more shots on goals and more attacks in the four games that we have played than any game last year but we haven't got the scores. We have just missed that spark.
Results are the macro level. We are trying to find little things that are working and that are not working but results are what matters and we haven't had them."

Quirke made the decision to release players back to their clubs the weekend before last to play league games and even though they have picked up a few knocks as a result, he stands by the decision, citing getting confidence back into the players as the main reason.

“There are a few bumps and bruises. We let the lads play club games last weekend because we wanted them to play with their clubs and get a bit of confidence and freshness back.

"So we picked up a few bits bangs, hamstrings and that. That's the risk you run but I still think it is a better option than doing another session with us and not allowing players to play for their clubs.”

Trevor Collins is expected to be back in contention for Sunday but Danny O'Reilly is still a doubt ahead of the game with a knee injury. They played Tipperary in a challenge game last week and Quirke was happy to get some minutes into players who hadn't seen a whole lot in the league.

“It was good (challenge game v Tipp). We gave a lot of lads that hadn't played a lot of time a chance to put their hands up. We got a lot of value out of it.”

When it boils down to it, the Kerry native and his management team are all about the basics and getting them right. Shooting has let them down in the league but he insists that they will be sticking to what they have been doing all year in the hope that everything clicks this weekend.

“We don't have a magic wand. We have worked as well as we have since that Down game and before that game to try and do as many things right as we possibly can on the day. From kickouts, attacks, taking our scores, having the energy and having all the basic stuff done well.

“We are still all about the ball. We concentrate on football, kicking the ball, playing the game with a high pace and intensity, making tackles without giving away frees and doing all the things that we want to do since we started. That's all you can do. You can't suddenly change script and try and do something totally different because you haven't won games.”

Westmeath, although relegated, had a much better league from a performance point of view. They lost narrowly to Mayo, Meath and Down before hitting 25 points against Cork but still losing that relegation semi final.

“To be honest, I thought they (Westmeath) would beat Cork. I thought they had more balance and a more potent attack but they didn't take their goal chances against Cork and if they did, they would have stayed up. They kicked 25 points in that game.

“If we are scoring something like 12 points in a game, it doesn't matter who we are playing so we have to try and build on the 2-12 we got against Down and try contain them on the other side.”

Now in his second year in charge of Laois, Quirke reflects that he can block out the pressure coming from the outside but that the group have very driven and have expectations of themselves.

“Pressure is a funny thing”, he explains. “I have actually been thinking about this and it probably sounds an arrogant thing to say but I think I have reached a point in my life where I don't get overly bothered about that other people say about me.

“Pressure is still there. It is coming from within – I am not happy for the players that we haven't won a game. Collectively it is not fun when you are not winning. All we can do is keep working as hard as we can and doing things as well as we can and hopefully the results and performances will come when you know you are doing stuff well.”

As for the whole pandemic football scenario, he has had enough of it and yearns for a return to normal situation. He was particularly disappointed with the lack of creativity from Croke Park when it came to the championship structure and believes some kind of a backdoor should have been implemented.

“It's no imagination. Even the league, I know we only had four games this year but at least have a bit of imagination with the championship. Do something novel and different. Nobody would have gave out about any kind of a structure this year.

“It is tough when you are in this province and any province I suppose. The back door is where you can get a bit of momentum and excitement and fellas can get a bit of flow so it is disappointing especially when you see the hurling has it for the last two years.

“I'd love if this pandemic just went away. I would love to play your seven or eight games in the league, play your championship, have the backdoor. I thought this was a great opportunity for the GAA to try something different.
“Seed your top teams and throw the rest of us in a hat and have a backdoor after it. It would have brought life and spark to the championship.

“I would love to have a full season on non interrupted pandemic football. For players and everyone that is involved, it is tough.”

WATCH: U20 star shows amazing skill to score one of the best points you'll see

Captain fantastic Nerney ecstatic as 'sad days' put to one side