Captain fantastic Nerney ecstatic as 'sad days' put to one side 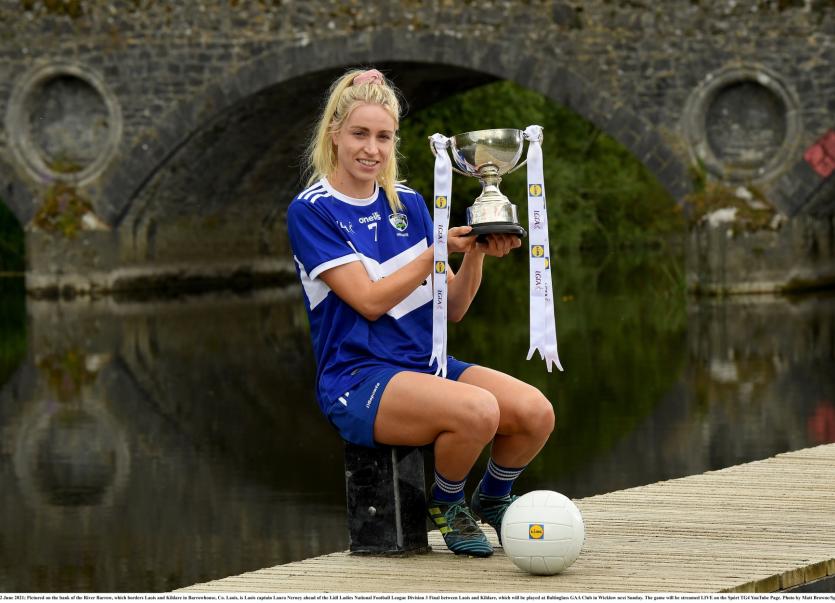 With 15 minutes left on the clock in the semi-final, Laois were beaten. They were seven points down and Roscommon had all the momentum. Somehow, Laois rose from the dead. They completely turned the game around and when the game was there for the taking, Laois grabbed it with both hands.

Two weeks later and in the final, Laois looked home and dry before Kildare staged a comeback and when Neassa Dooley rattled the net for the equaliser, there were some anxious faces amongst the Laois faithful that Kildare may push on. However, Laois recovered and almost immediately after the goal, Laois went up the other end and in the most dramatic fashion, Mo Nerney pointed to secure Division Two football for Laois next year. They had to work for it. With their backs against the wall in both games, they stood tall, showing incredible resilience to eventually lift some silverware on Sunday evening in Baltinglass.

IN PICTURES: All the action from Laois Ladies big win over the Lillies

Laois back in the LGFA big time

Captain and wing back Laura Nerney had her shoulder to the wheel. Some of her running and support play during the league especially towards the latter stages is phenomenal and speaking after the game, Nerney was ecstatic at ‘finally getting over the line'.

“We are delighted. Just to finally get over the line, I am still just taking it all in. It probably wasn’t the best to look at, but it was definitely a do or die game today. It was nip and tuck the whole way, very close and either team could have come away with the win, but we are grateful that it was ourselves today. We’ve had many sad days over the last few years and so it’s nice to be finally building on some success.

“To be honest, we defeated Kildare in the last match of The Championship last year and even though it didn’t mean anything for us progressing last year, it meant a huge amount to the panel itself because it proved that if we have belief in ourselves, we can go on and win and I think we ended on a high note last year and started off on a good note in Spring too.

“We weren’t looking at a Division 3 title at the start of the year, we were just looking at The Championship but this came along and we just took it in our stride I suppose and it’s great now that we won it. It sets us up in a good position for two weeks’ time, which funnily enough is Kildare again.”

Laois’ group in Championship will involve Kildare and Roscommon, with Laois having beaten both on the way to victory in Division 3, something which Nerney remarked has both ‘advantages and disadvantages’.

“As a team we definitely will not be thinking that oh it’s going to be two easy wins, it’s not. That game today, could have gone either way and the same with Roscommon. It has advantages in that you know what way both teams will play, and you’ve played them before, and you know what to expect so you are not facing a brand new team. But then again it has its disadvantages in that you’ve played them before and they know the way you play so look we will just see how it goes and we are looking forward now to two weeks’ time”.