Rosenallis come out on top of thriller 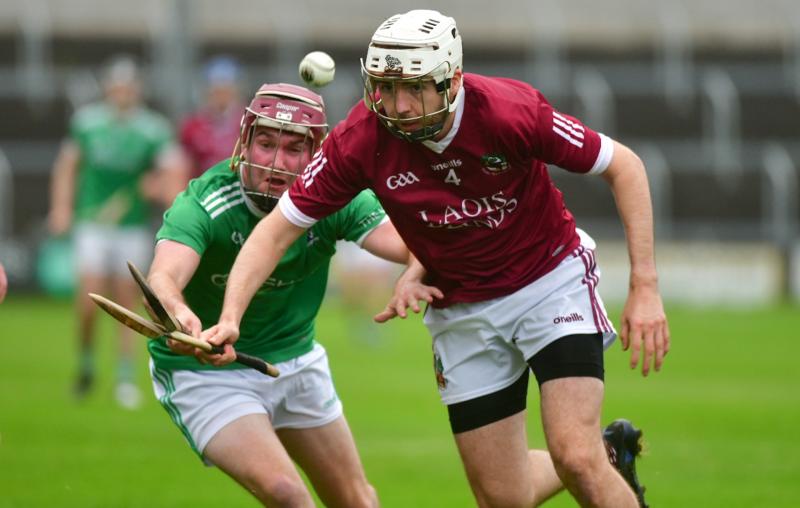 The Senior Hurling Championship served up one of the games of the season on Friday night, as Rosenallis battled Ballinakill in O’Moore Park. Both sides had lost their opening game of the Championship, making this a must win tie

Charles Dwyer, who was outstanding all game and easily Ballinakill’s best player, opened the scoring with a great point to settle the nerves for his team. Dwyer and teammate, Brian Duggan each scored phenomenal points from deep inside their own half before John Lennon scored two points in quick succession to draw Rosenallis level.

There was a raucous atmosphere inside O’Moore Park as things were getting rowdy both on the pitch and in the stands. There can’t have been more than 500 people in attendance, but they made the noise of a crowd ten times that size. Every decision was greeted like a score as both sets of players and supporters clearly knew the importance of the fixture.

Ballinakill had been creating plenty of chances, but their accuracy really let them down. They hit eight wides in the first half, four of which came in the first ten minutes alone.

In the 25th minute, with the sides level at six points each, the game threatened to boil over when Ballinakill’s Podge Lawlor smashed into the head of John Lennon. But Brian Fitzpatrick did what he had been doing all game, and calmly slotted the free over the bar. From there, Rosenallis regrouped and ended an extraordinary half of hurling, leading 0-9 to 0-7 at the break.

The game was less frenetic in the second half as it seemed both players and fans had gotten it out of their system. The breeze had picked up after half-time and Rosenallis were using it to their advantage, shooting from everywhere and regularly scoring from inside their own half.

In the 45th minute, Brian Duggan’s free dropped in front of Rosenallis goalkeeper, Stephen Kelly, beat everyone and ended up in the net. The fans erupted nine minutes later when Charles Dwyer bagged Ballinakill’s second goal, putting his team in front for the first time since the eighth minute.

Patrick Keating drew Rosenallis level before Brian Fitzpatrick hit the winner deep into injury time, sending their fans into a frenzy. As much as anything, Rosenallis will be relieved that their eight second-half wides didn’t cost them the game.

Ballinakill were the stronger, faster, more physical of the two teams, but Rosenallis were the more skilful and looked better drilled. Some of their hand-passing in the second half was simply sublime, allowing them to control the game and dictate the pace. The win makes for a mouth-watering tie in two weeks against Borris-in-Ossory Kilcotton, while Ballinakil will play Rathdowney Errill.