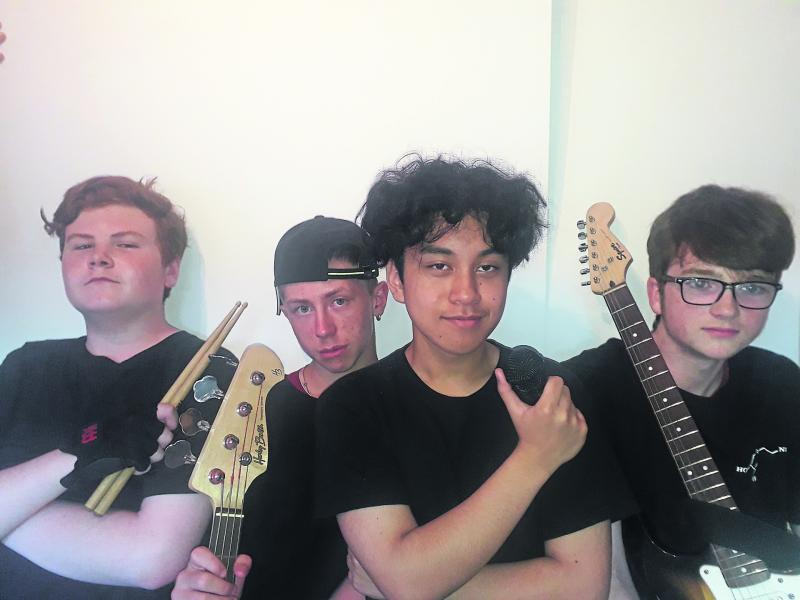 Thousands of leinsterexpress.ie readers and our judges have cast their votes to crown the winner of Laois' Next Superstar, the major countywide talent search run by the Leinster Express over the last couple of months.

The four piece band went up against three more incredible acts before picking up 51% of the final public vote, putting them in first place.

Our panel of judges then set about scoring the four finalists over the weekend, to decide the overall winner.

The judges were: Damien Bowe, Des Sutton and Rosa Flannery

Dopamine and Callum McLaren were the top choices of the judges, who gave their top scores to these two acts, with Dopamine coming out on top.

The final results are as follows:

They spent the whole of lockdown practising and writing individually and rehearsing over video link to produce an EP independently in July 2021.

All the lads are in 3rd year at Colaiste Iosagain, Portarlington and, even though it is an exam year, they have managed to find the time to rehearse and perfect their own written music as well as a selection of Rock Anthems.

Brian Woods, father of Sean, is the Child Welfare Office for the band. Speaking on Monday morning he said they were "absolutely over the moon'' with winning Laois' Next Superstar.

"It's a phenomenal achievement. This was the first competition they entered. It's a great achievement for them and for B Sharp Studios,'' said Brian.

The Leinster Express  will be in touch with Dopamine so that they can pick up a stunning prize package thanks to our sponsors: