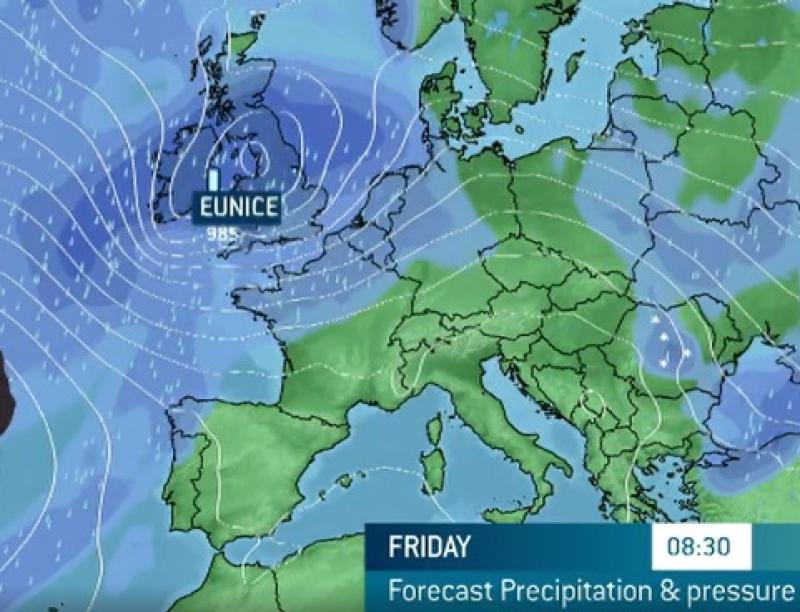 Met  Éireann has declared a Status Red alert for Storm Eunice as the forecaster raises the warning levels for the weather event’s impact on Ireland.

The forecaster raised the status of the storm to red in coastal and sea areas from Dublin all the way around to Mayo.

The alert is valid from 5am to 11am on Friday.

A Status Red warning is issued for Coastal Wind Warnings

Meanwhile, a Status Orange wind warning applies to several coastal counties from Wexford to Galway.
It says Storm Eunice will bring severe and potentially damaging winds, gusting up to 130km/h, higher in exposed areas. Some disruption is expected along with a possibility of coastal flooding.

Meanwhile, a national Status Yellow warning is in place for wind, rain and snow as Storm Eunice tracks over Ireland on Thursday night and on Friday.

The yellow alert says it will bring very strong winds and falls of heavy rain, sleet and snow. Met Éireann warns that some disruption is likely along with a possibility of coastal and spot flooding.

This warning is valid from 1am to 3pm on Friday.

#StormDudley will clear away tonight
While tamer, Thursday will be blustery with wintry showers & sunny spells
However #StormEunice will arrive later Thursday night, bringing strong winds, rain & snow on Friday
Remaining unsettled over the weekend with further spells of rain/wind pic.twitter.com/MRkKMAGCG5

NATIONAL FORECAST issued at 4.58am on Thursday, February 17.

THURSDAY: A blustery day with bright spells and showers, some heavy and with hail. Highest temperatures of 5 to 9 degrees.

Rrain and sleet will move in from the southwest at night with southeasterly winds will strengthen as Storm Eunice approaches. After midnight rain and sleet will become widespread with falls of snow in places, especially in Connacht and Ulster. It will become stormy overnight in Munster, southeast Leinster and western counties with extremely strong southwest winds, becoming northwesterly with severe and damaging gusts. Risk of coastal flooding at high tide early on Friday morning. Lowest temperatures of 0 to 4 degrees.

FRIDAY: On Friday morning, it will become very windy or stormy over all of Ireland with very strong northwesterly winds and severe and damaging gusts. There will be further falls of rain, sleet and snow. Disruption to travel can be expected. Through the afternoon, winds will gradually ease and it will be cold with wintry showers of rain, hail and sleet. Afternoon temperatures of 2 to 6 degrees.

Clear spells and wintry showers at first on Friday night with moderate to occasionally fresh westerly winds. Later in the night, rain will spread eastwards across the country, falling as sleet or snow in some areas. Lowest temperatures of -2 to +2 degrees with freshening southerly winds.

Saturday: Starting off wet with falls of rain, sleet and snow during the morning and turn to spells of rain and showers as milder air extends from the west. Highest temperatures in the afternoon of 5 to 10 degrees with fresh and gusty west to southwest winds. On Saturday night, temperatures will increase overnight as southwest winds increase strong and gusty and persistent or heavy rain spreads form the northwest.

Sunday: The morning will be wet and blustery with widespread rain and localised flooding. The rain will clear away to showers in the afternoon, some of hail or sleet. Afternoon temperatures of 5 to 9 degrees, with fresh to strong and gusty westerly winds. Sunday night will be very windy with fresh to strong, gusty westerly winds and blustery showers, turning wintry in the north and west. Lowest temperatures of 0 to 4 degrees.

Monday: Bright and breezy with sunshine and some showers. However, rain will move in from the west in the evening and spread eastwards on Monday night. Highest temperatures of 9 to 11 degrees.

Tuesday: Looks like being a cold, blustery and showery day.

Wednesday and Thursday: Cold and unsettled with further spells of rain or showers at times. 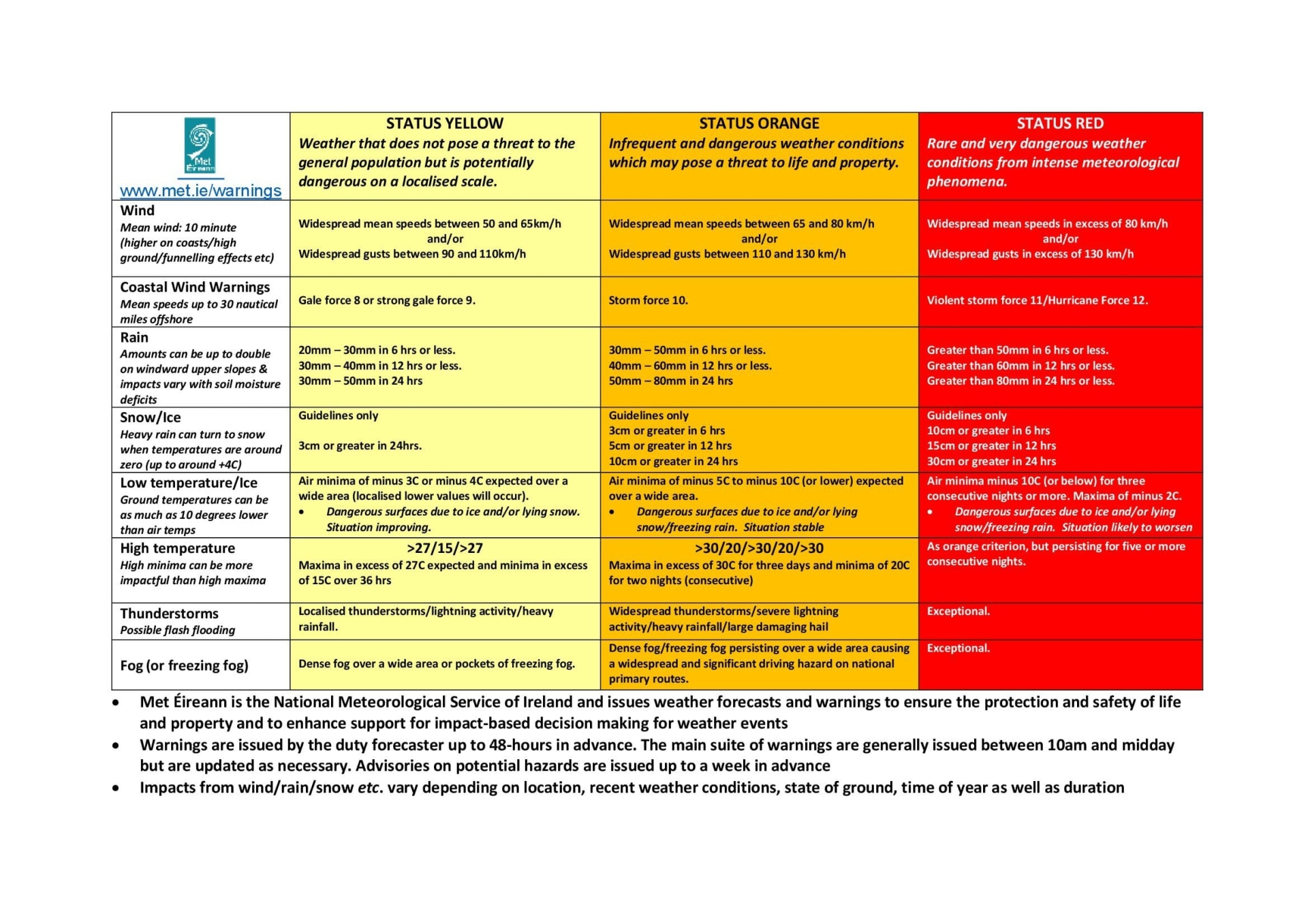