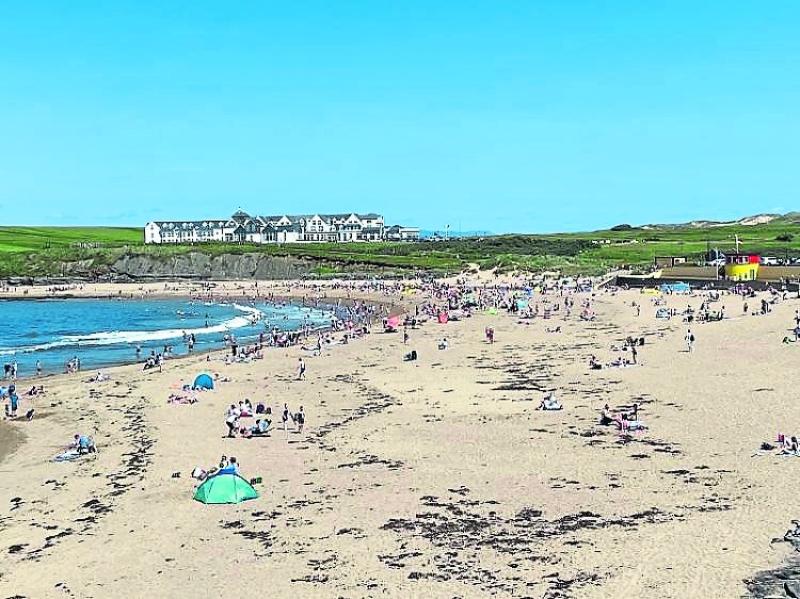 Met Éireann Bank Holiday June weekend weather forecast predicts high temperatures and plenty of sun for some parts but scattered showers are on the horizon with the heaviest in the southern half of the country.

Met Éireann says Saturday will be dry with spells of sunshine in many areas, however it will be cloudier in southern counties with scattered showers, the showers most frequent through the afternoon.

Highest temperatures generally ranging 15 to 20 degrees, coolest in the east and warmest in the west with a mostly moderate east to northeast breeze but winds will be strong at times along south and east coasts.

Saturday night will bring scattered showers which will be most frequent in Munster and Leinster. Clearer weather in the north of the country. Lowest temperatures of 7 to 11 degrees in light to moderate northeasterly breezes.

Met Eireann expects scattered showers on Sunday turning heavy at times, especially in the south and east of the country. Some sunny spells too. Highest temperatures of 14 to 19 degrees, warmest in the west, in light to moderate easterly winds. Lowest temperatures 8 to 11 degrees.

Bank Holiday Monday will see scattered showers in Munster and Leinster but it will be sunnier in the west and north. Highest temperatures of 14 to 18 degrees, warmest in the northwest. Winds light and variable.