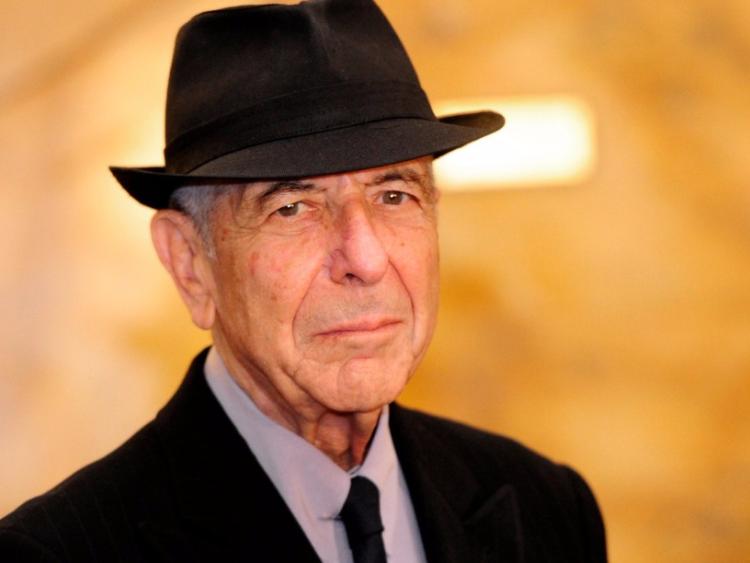 A show in honour of legendary songwriter Leonard Cohen, entitled 'Between Your Love and Mine' is coming to a popular venue near Laois later this month.

Last summer, novelist and poet John MacKenna, a longtime friend of Leonard Cohen, began work on a requiem for theatre, in memory of young friends who had died and in honour of those who mourn them.

The requiem was inspired, in particular, by Leonard Cohen's hope-filled lines: 'Behold the gates of mercy, in arbitrary space, and none of us deserving the cruelty or the grace, o solitude of longing where love has been confined, come healing of the body, come healing of the mind.'

In late October 2016, just two weeks before his death, Leonard approved the final draft of Between Your Love and Mine.

Featuring fourteen songs and an overture by Leonard Cohen, plus extracts from his Book of Mercy and a new and unpublished poem, the eighty minute requiem will premiere at VISUAL Carlow on June 15, with President Michael D Higgins and the Canadian Ambassador in attendance, before undertaking a national tour.

The performance stops off at Birr Theatre & Arts Centre on Thursday, June 22 at 8pm. Tickets are priced at €18/16.

Musical director for the requiem is Aisling Carter and it features the voices of Eric Butler, Katie Jacques and Shane Sullivan.

The band features Aisling Carter on keyboard, Lucy Deegan and Meadbh Farrell on cello, Annie-Rose Deegan on violin and David Day on drums. Spoken word is by Angela Keogh and John MacKenna, who also directs the requiem.

Between Your Love And Mine - A Requiem by Leonard Cohen, Birr Theatre & Arts Centre, Thursday, June 22, 8pm. TO book tickets, visit www.birrtheatre.com or call the Box Office on 057-91 22911.