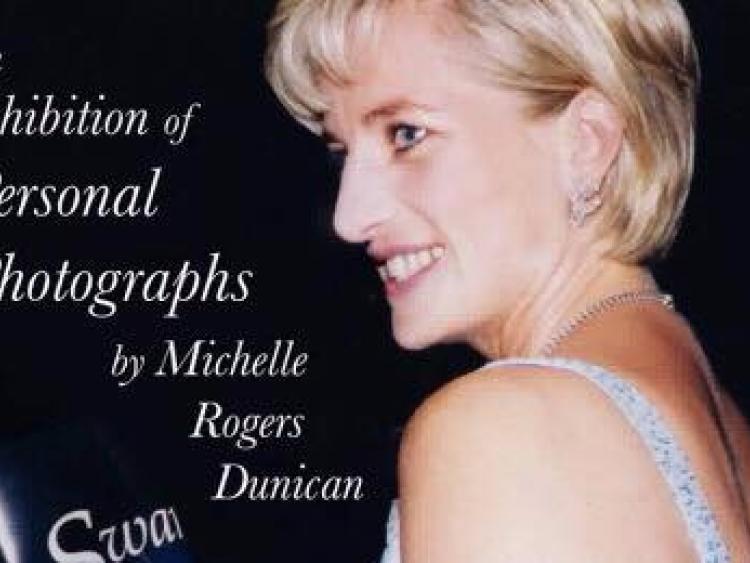 One of Michelle's photos used on the poster to promote the exhibition.

An Abbeyleix woman who spent 8 years photographing Princess Diana between 1989 and 1997 will exhibit her pictures this month.

The exhibition will showcase 24 photos hand picked from hundreds that prolific photographer Michelle Rogers Dunican captured while she was training as a nurse in London.

Michelle Rogers Dunican moved to the UK from Abbeyleix and worked near a theatre where Diana went to the ballet.

"Near where I was working, she went to the ballet. I met her 37 times. I love the photos and I love anything to do with her. After you have met her 10 or 11 times she starts to recognise you. You would see her on weekdays and she would ask if I had any work to do, I told her I was a nurse so I had worked all weekend," Michelle explained.

The 20th anniversary of Princess Diana's death will take place on August 31, 2017. Only Michelle's close family and friends have seen her photographs so the exhibition is a must-see for Diana fans.

"I decided to do something for the 20th anniversary. People are interested, I thought that it is now or never, there is huge interest in her on TV and in Newbridge Silverware at the moment," she said.

The photographs that will be exhibited are over 20 years old and the quality was something Michelle had to consider.

"The photos are old, I had a really bad camera in the early days, everything is so much easier now. As time went on it got easier to scan them," she said.

Michelle's interest in Diana was sparked at a very young age.

"My mum, Andrea Rogers, gave me a book in 1981 that was all about the Princess Diana and Prince Charles' Royal Wedding. Without that book I wouldn't have had any interest, I watched her on TV as a child and I never thought that I would meet her," she said.

Michelle's favourite photo out of the collection will be included in the exhibition.

"I had a few hundred photographs to choose from. There is one in the exhibition that I actually asked her to pose for. She is looking right at me and all the press are behind her so it was like she did it just for me. The Daily Mail published one of the photos in the exhibition, it is full of colour and laughter, she is meeting and greeting people. All of the photos are close ups bar the one where she is looking at me," Michelle said.

Michelle also has photos of herself and Diana together.

"There is one of me with her, everytime I saw her I shook hands with her, not everybody can say that particularly in Ireland, the novelty here is a little bit different. The second last time I saw her in the late 90's she said 'don't ever lose the accent'.

"The last time I saw her was about seven weeks before she died. In the last year or two of her life she looked absolutely stunning," Michelle added. 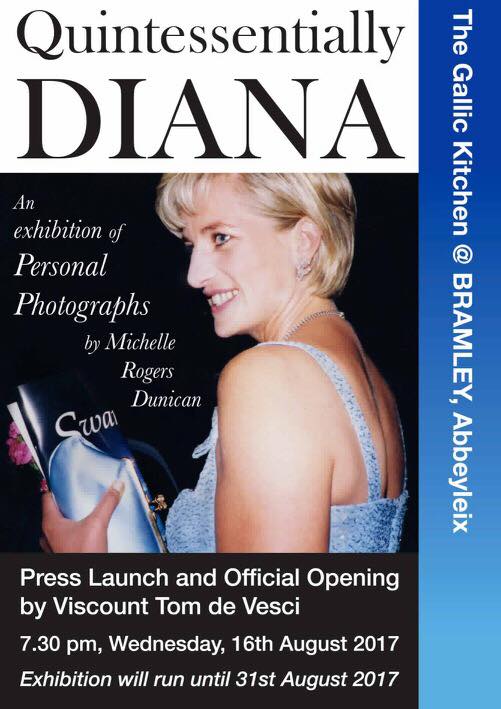