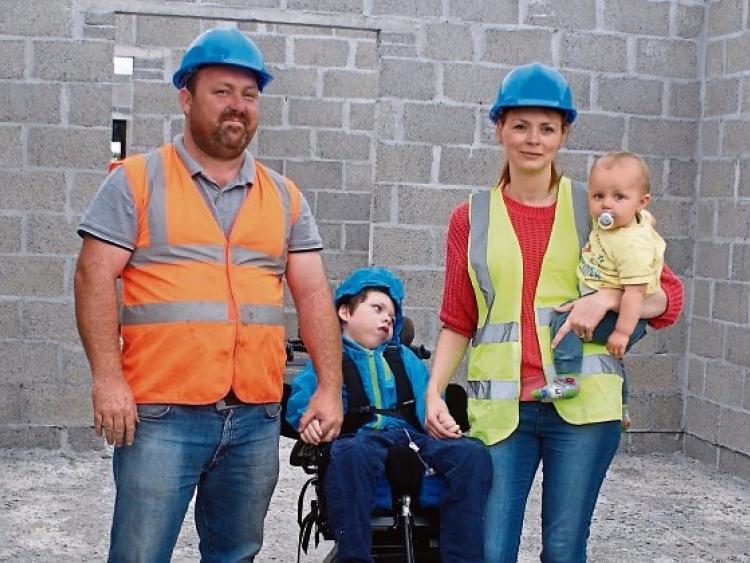 A Little Black Dress night has been organised to take place in Mountmellick next month.

This year’s girl’s night out is in aid of the Ben & Jake Connolly Trust which is a worthwhile charity based in Mountmellick.

Ben and his late brother Jake, are two brothers who were born with a rare syndrome that only affects boys called Allan Herndon Dudley Syndrome. Jake sadly passed away in January, 2016.

They are missing the cell that allows the thyroid hormone through to their brain which causes a lack of myelin around the wiring of their brain this slows down or causes mixed messages from the brain which causes them severe developmental delay, low muscle tone - they are floppy like a rag doll and are unable to sit unaided or support their own head, they are both tube fed.

Jake had epilepsy and Ben has severe epilepsy. They will never walk or talk but love interaction.

Despite this, Ben is a happy, smiley boy just like little Jake. Ben continues to love interaction and music!

A legal charitable Trust has been created in Ben's and Jake's name to raise funds to build a house fully adaptable to their current and future medical needs.

The Little Black Dress fundraiser will go towards building Ben and Jake a house in the name of The Ben and Jake Connolly Trust.

Despite the fact that Jake passed away in January, 2016, The Trust is now more determined than ever to make this dream a reality in memory of Jake.

Unfortunately, the sad truth is that Ben will join his brother. When this time comes, the house will pass back to the Trust and be made available for another family in our community whose child or children have special needs. Quite simply, this house will be a home that keeps on giving.

The house needs to be built fully adapted and functioning centered around the needs of children such as Ben as he is totally incapacitated.

The house has been designed in such as way that  Ben will have full access to the whole house, have the current and future medical aids (ceiling hoists, oxygen etc) and space for his vast amount of medical supplies (feeding tube equipment, syringes etc along with back up mobile hoist), a wet room for washing and changing Ben, adequate room for his bed, specialised chairs, and a full sensory room.

As of December, 2016 the house is now becoming a reality! See our latest pictures below which we took in June, 2017. We are so excited.  Whilst we are still a long way off our fundraising target, it is simply super to see this progress and it is all down to you: the people who support us and follow our cause. THANK YOU!!

The Little Black Dress night will be held on Saturday December 9 from 8pm in The Mellick Inn.