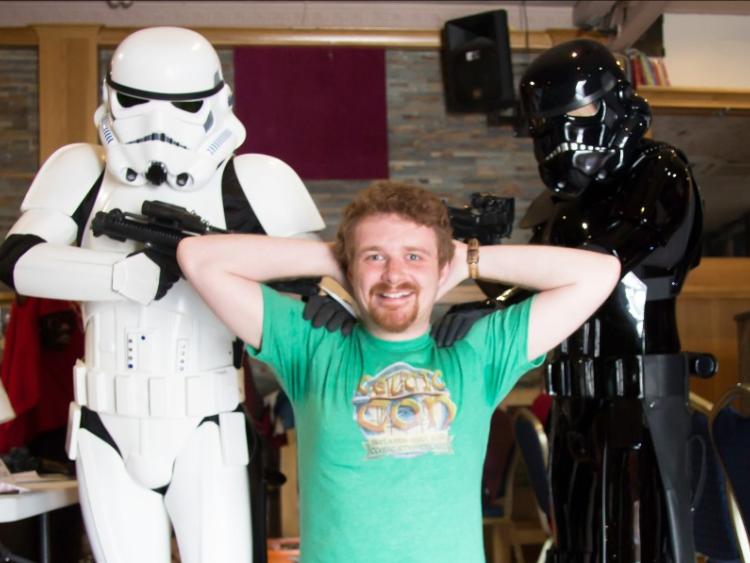 Resistance is futile: you will have a blast at this year's Comic Convention in Portlaoise.

Like the sequel to a comicbook movie that ups the ante with bigger action, adventure and thrills, the Celtic Con comic convention makes a rousing return to Portlaoise this June with twice as much excitement on the menu as featured in last year’s blistering debut.

Organised by Martin Moore of Celtic Comics in Portlaoise, Celtic Con - Ireland’s Midland Comic Convention comes to O’Loughlins Hotel for two whole days of fantasy escapism and family fun, with something for everyone from hardcore comicbook aficionados and cosplayers, to gamers, geeks, and children of all ages.

This colourfully unique event will feature comic dealers and artists, as well as the chance to meet with some comic industry legends, including Glenn Fabry, Ryan Brown, Michael Carroll, PJ Holden, Triona Farrell, Philip Bonnett, Paul Bolger, and Barry Devlin, to name but a few.

Collectors or just the casually curious will find something to stoke their interest in either the Comic Village or The Geek Market, featuring a wealth of classic comics, bespoke art, and a full range of merchandise such as figures, trading cards, games, clothes and more.

There will also be a Gaming Zone, an Artists Alley, display vehicles, craft stalls, panel discussions, exhibitor and artist expo areas, and an artists showcase.

There’s also a chance to step outside of yourself for the day by taking part in the cosplay competition, where attendees can dress up as their favourite comicbook or fantasy character to be in with the chance of winning some awesome prizes.