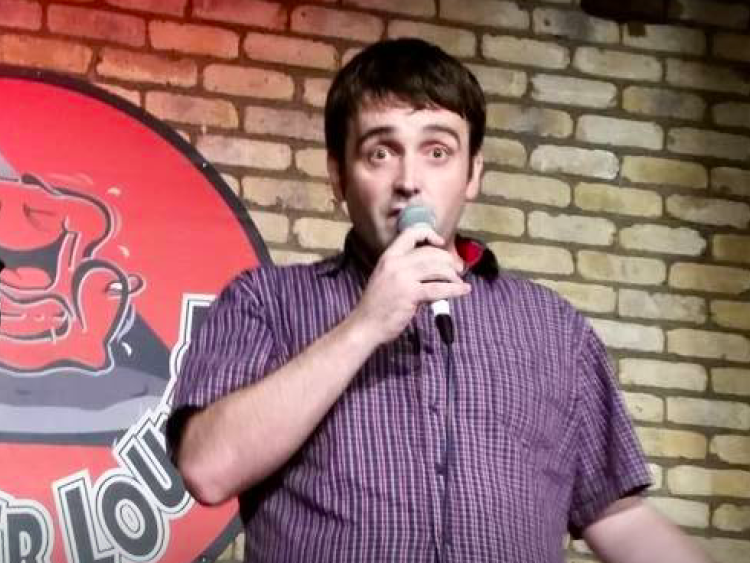 Local comedian Mark Doheny has curated the line up for the Old Fort Quarter Festival comedy 2018.

Excitement is building around Laois for the Old Fort Quarter Festival 2018 taking place in Portlaoise this weekend.

The festive fun kicks off with the official launch on Friday evening, June 22 on Main Street Portlaoise.

In another exciting new addition to the growing festival, a number of comedy acts have been announced. All of the comedy gigs will be free to attend, just like the music, family entertainment and heritage walks.

Some of the next stars of Irish comedy will take to the stage over the Old Fort weekend curated by local comedian and resident MC in Kavanagh's Mr Mark Doheny.

Some of the acts are returning to the Kavanagh's stage and some making their debut. There is a variety of styles and shows to suit all tastes.

The laughs will begin from 4pm on Saturday, June 23 upstairs in Kavanagh's pub on Main Street.

Eve Darcy is a comedian, writer, podcaster and host of AFOG mental health variety show who has appeared at the Vodafone Comedy Festival and Cat Laughs in Kilkenny to name but two. She returns to the Edinburgh Fringe with her show “All about Eve” this year too. Anyone can drop in and see the show for free as part of the Old Fort Quarter Festival.

Pauline Shanahan is an actor, writer and comedian and former finalist in Funny Women This year she is taking her show ‘What’s cooler than a Hipster? A Spinster’ to the Edinburgh Festival. She will also feature in the Saturday lineup in Portlaoise.

From 5.45pm on Saturday, Cornelius O’Sullivan will take to the stage. Mr O'Sullivan is a comedian and poet, regular contributor to CCCahoots comedy team and he writes/stars in Culchie Comic Sketches. He is taking his show, about the comedy that goes with being a new father, “The Family Guy” to Edinburgh Fringe Festival this year too. Catch Cornelius and Anthony Riordan, another comedian who writes/stars in the Culchie Comic Sketches at the festival too.

From 7.30pm on Saturday Mr Mark Doheny will take to the stage. He is a local and an award winning comedian who has appeared at festivals such the Cat Laughs, Halloween Howls, B.A.R.E, Indiependence and Edinburgh Fringe.

In addition he has supported Bernard O’Shea on two national tours. Mark is performing his new show “Derailed” which will be touring nationwide later in 2018.

The fun continues from 5.45pm on Sunday, June 24 at the same venue, upstairs in Kavanagh's.

Gary Lynch is Ireland's leading mid-life crisis comedians and he is spending much of 2018 touring with Irish comedy roadshow, The Good The Bad & The Irish around Germany, Holland, Belgium, Poland, Austria and Czech Republic. Catch him in Portlaoise before he takes on Europe.

Catch Greg Marks too, a witty and energetic comedian. He has been a regular on the Irish Scene for a number of years as well appearing at a number of festivals across Ireland and the UK.

From 7.30pm Tullamore native Jonathan Sheehan will entertain the crowds. He has performed at festivals such as Longitude, B.A.R.E, Belfast comedy festival and the Edinburgh Fringe Festival over the past few years.

Last but not least make sure to have a laugh with Ashlee Bentley, the winner of Show me the Funny 2015 & Funny Women Regional winner 2017. She has played the Vodafone Comedy Festival, Longitude & Electric Picnic.

No cover charge applies to any of the comedy gigs however there will be a voluntary bucket collection after each show.

The comedy lineup is a new addition to the festival which is now in its third year.

The festival runs from Friday, June 22 to Sunday, June 24 on Main Street, Portlaoise and Fitzmaurice Place.