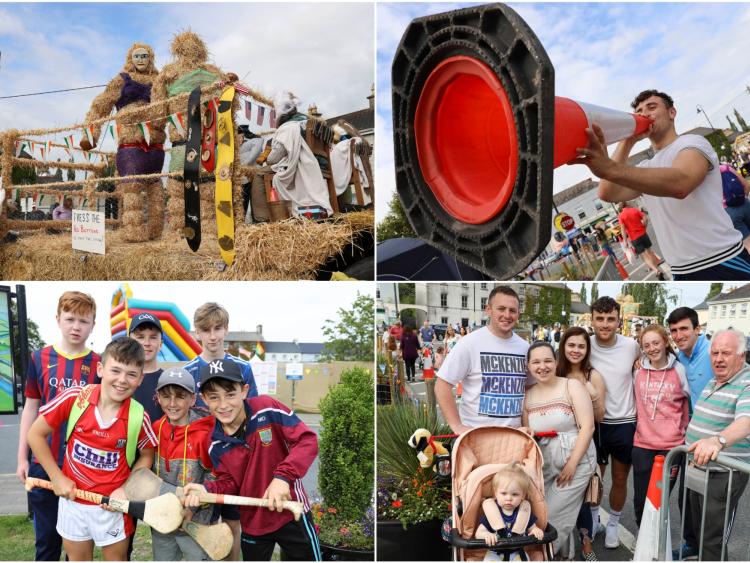 Boris Johnson, Donald Trump, Shane Lowry, Katie Taylor and a tribute to Brendan Grace are just some of the characters on display at the Durrow Scarecrow Festival.

The festival is celebrating its 10th year and has gone from strength to strength.

The Pope and Popemobile, King Kong and Noah’s Arc were among some of the biggest creations in recent years. The festival is well known for its wacky and wonderful scarecrow creativity and this year is no different. Katie Taylor in a big boxing ring and Boris Johnson's scarecrow character on a toilet have proved to be a hit with visitors so far.

The festival that's outstanding in its field kicked off on Sunday, July 28 and continues every day right through the bank holiday weekend until August 5.

There is an impressive line-up of events each day in Durrow including an arts and crafts exhibition in Durrow Community Centre, The Ranch pet farm, large hay bales competition, the Scarecrow Village and lots more with fun for all the family.

See pictures from this year's festival in the Leinster Express newspaper on Tuesday, July 30.

I enjoyed my annual visit to the Durrow @ScarecrowTime festival in county Laois. Some famous and some infamous characters immortalized in hay again this year. pic.twitter.com/ijHamk4Frh

The All-Ireland Scarecrow Championship/Durrow Scarecrow Festival @ScarecrowTime is in its 10th year in #Durrow, Co #Laois #Ireland! July 28-5 Aug 2019. Here's some photos of previous entries! What will 2019 bring?! https://t.co/ch7yzTu5Ah pic.twitter.com/M8nkro0wK6

The Durrow Scarecrow festival came about from the Howya Festival held in 2009 and the 2010 event was even more successful. Planning for the 2011 Howya festival included a suggestion from a committee member to include a scarecrow competition. Over 120 Scarecrows were entered into this competition.

A survey was completed throughout the festival and the overwhelming result was the fact that the Scarecrows were the main attraction.

As a result of this survey, the committee decided to rename their very successful festival the ‘Durrow Scarecrow Festival’ from 2012.

From a footfall in 2012 of 11,000 people the festival had risen over the nine-day event to in excess of 27,000 and is now the second biggest festival in Laois to the Electric Picnic.