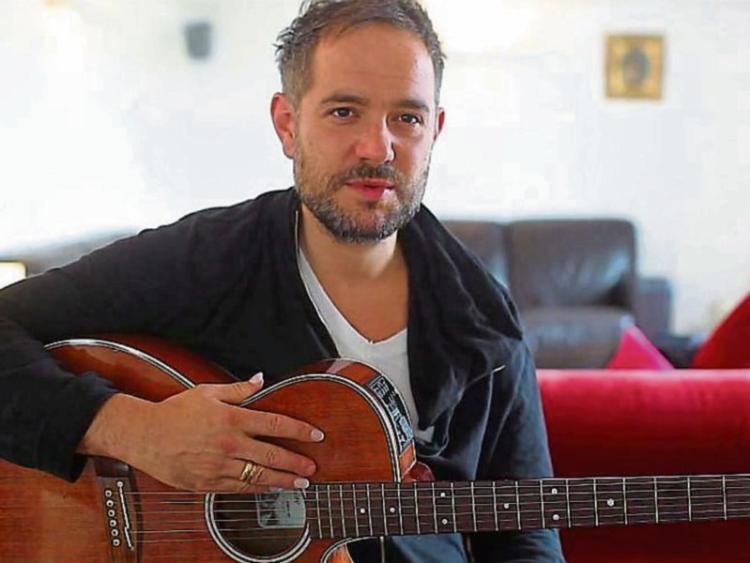 Lose yourself in the haunting lyrics and melodies of Tom Baxter when the celebrated singer-songwriter takes to the stage of Kavanaghs in Portlaoise next weekend.

Tom Baxter was born in Ipswich, Suffolk, and grew up in Cornwall with his sister Vashti Anna, two brothers, Jo Spencer and Charlie Winston, and parents Jeff and Julie Gleave (who were regulars on the folk music circuit in the late 1960s and early 1970s). Tom and his siblings use their middle names as stage surnames.

A self-titled EP was released by Sony Music through the Columbia Records label in May 2004 and included the tracks "Joanna", "Half a Man" and "My Declaration".

His debut album, Feather and Stone, was released by Columbia in October 2004 to critical acclaim, and was a regular on the BBC Radio 2 playlist. Singles from the album included "This Boy" and "My Declaration". The album release was followed by a headlining UK tour. He also supported Nerina Pallot on her UK tour in January 2007.

His second album Skybound (released 7 January 2008) was recorded independently and released on the revived Charisma Records label through EMI after he split with Sony in 2007. The first single, "Better", was released in January 2008 and was subsequently used on the soundtrack for the motion picture Run Fatboy Run, "Miracle" was used by the BBC to cover the final montage of their Olympics and Paralympics coverage. The second single was "Tell Her Today".

Baxter contributed the track "Make a Stand" to the Survival International charity album Songs for Survival in 2008. Later that year Boyzone covered and released "Better", reaching number 22 in the UK Top 40 singles chart.

In 2009, "My Declaration" was covered by Eliza Bennett and used in the soundtrack the film Inkheart. "Almost There" was covered by Dame Shirley Bassey as the opening track of her album The Performance. Baxter and the BBC Concert Orchestra accompanied Dame Shirley Bassey when she performed the song at the BBC Electric Proms on 24 October 2009 at the Roundhouse in London, a concert broadcast live on BBC Radio 2 and on BBC Two television the next day.

Tom Baxter will play Kavanaghs at 8pm on Friday, October 4. Tickets are€21.