Laois family get the filmstar treatment at the LauraLynn Oscars awards 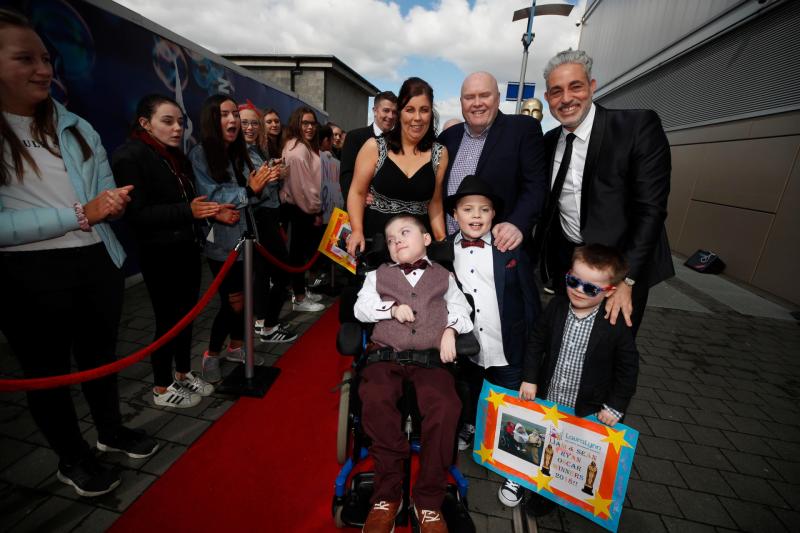 Twins Liam and Sean Ryan, with their little cousin Owen Ryan, and parents Niamh and Gerry, with MC Baz Ashmawy at the LauraLynn Oscars.

A Portlaoise family who have made a funny sci-fi short movie got the filmstar treatment at a special LauraLynn Oscars ceremony in Dublin last weekend.

Liam and his family starred in “Honey I Shrunk Darth Vader”, a heart-warming film about ET landing in Portlaoise, but when one family tries to help him return home, the Dark Side has other plans.

The family were one of eight LauraLynn families to get picked to make a film for the LauraLynn Oscars, and they got special help to make their movie.

“We expressed an interest as Sean is big into movies and luckily we got picked. We met the script writer last November and then we had to learn our lines, it was great fun,” his mother Niamh told the Leinster Express.

A professional crew came down to Laois to film the scenes, done in a day between their home in Heathfields estate, and in Kolbe Special School in Portlaoise where Liam is a pupil.

“Some of Liam’s pals are in it from Kolbe, the school all got so excited,” said Niamh.

They didn’t get to see the finished product until the thrilling premiere last Saturday March 24.

“We stayed in LauraLynn the night before, and all the families had breakfast together. Then they sent all the mammies to a salon to get their hairs done, and there was a makeup artist waiting when we got back. It was a brilliant buzz, a great way to meet other LauraLynn families and make new friends,” said Niamh.

Then it was off to the premiere, complete with a red carpet, a Hummer limo ride for each family, and even screaming fans from the nearby Mount Anvil school calling Liam’s name and waving homemade posters.

“Liam loved it. We met Baz Ashmawy who was the MC, and he was lovely. They had printed posters of each movie on the walls and had a big golden Oscar statue inside, we got the poster after and it hangs on Liam’s bedroom wall now,” his mother said.

They all settled in to watch each five minute movie.

“Liam is non verbal but he was glued to the big screen, he loved it,” said his proud mother.

Then each movie won an Oscar, with the Ryan’s winning ‘Best Original Screenplay’. It was presented by 2FM radio presenter Tracy Clifford.

After they all enjoyed refreshments at the cinema, and then back in LauraLynn, there was pizza and more time to chat together.

“It was just a brilliant buzz, all the children played together and had a lovely evening,” she said.

Liam who has quadroplegic cerebral palsy, has been attending LauraLynn Hospice for the past two years, where he gets one to one respite nursing care, and his family get a few hours of a break.

“It takes all the nursing out of looking after him, we are just Mammy and Daddy there. It allows us to do things with his brother as not all places are wheelchair friendly or have changing facilities. And Liam is very happy there and we know that. It’s the only place we can go overnight, because Liam needs a hospital bed and continuous feeds,” she said.

“He says a lot with his eyes, we have our ways of communicating with him. In Kolbe they are absolutely fantastic, they have got to know him and he has them wrapped around his finger. He is happy and content, always with a smile,” Niamh said.

The special bond twins have means Liam is very close to Sean, a pupil in the Holy Family school.

“Sean is so protective of him. First thing every morning he in in Liam’s room to say good morning. Liam is on 24 doses of meds a day, and that is when he is well. There is a lot to his care, but when he is well, we are in a routine, we are used to it. I just want to thank LauraLynn, and Kolbe, they are our lifeline,” Niamh said.

Below: Liam and his family receive their LauraLynn Oscar from RTE 2 radio presenter Tracy Clifford. 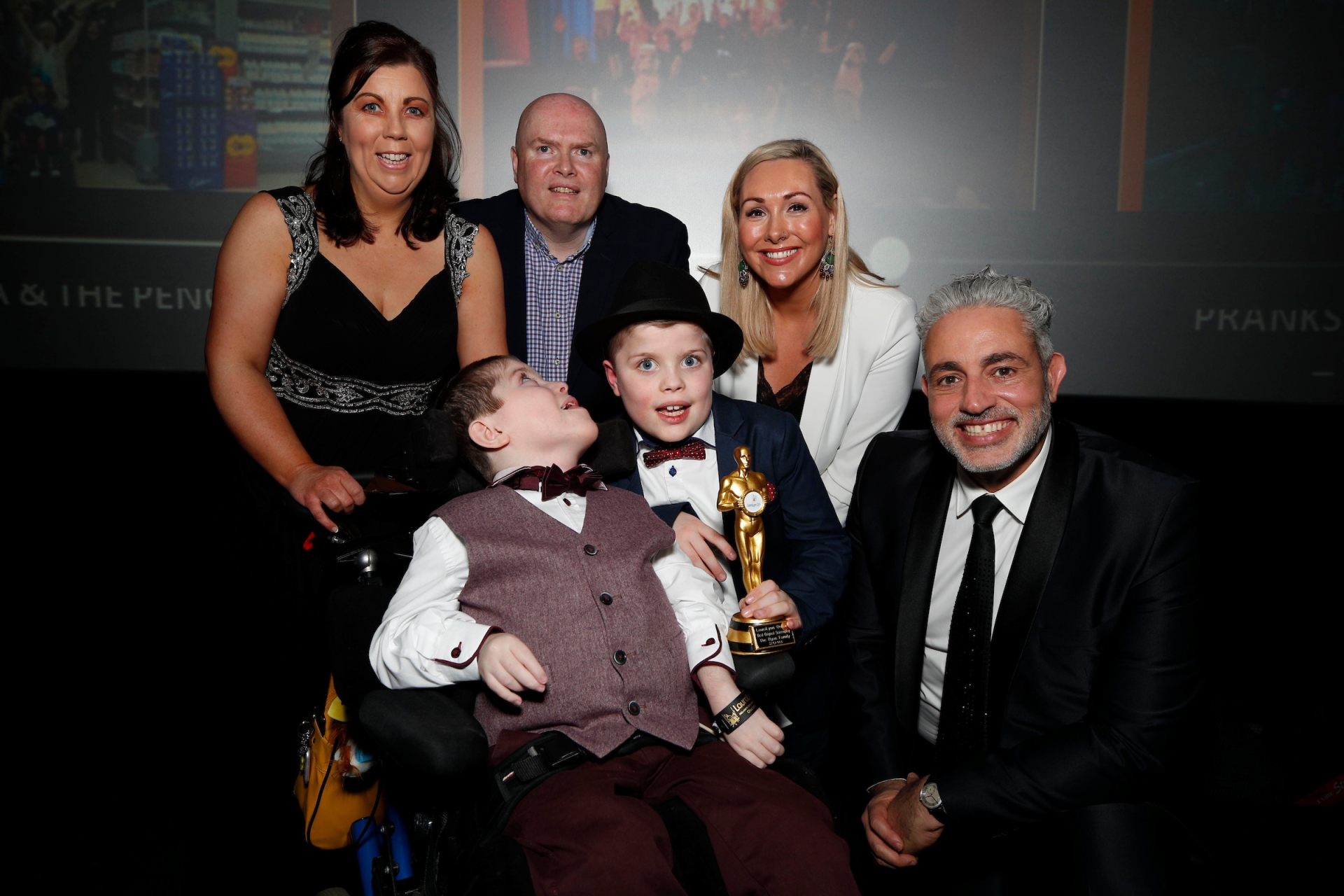