Great sadness in Camross and Donaghmore at Martin's passing 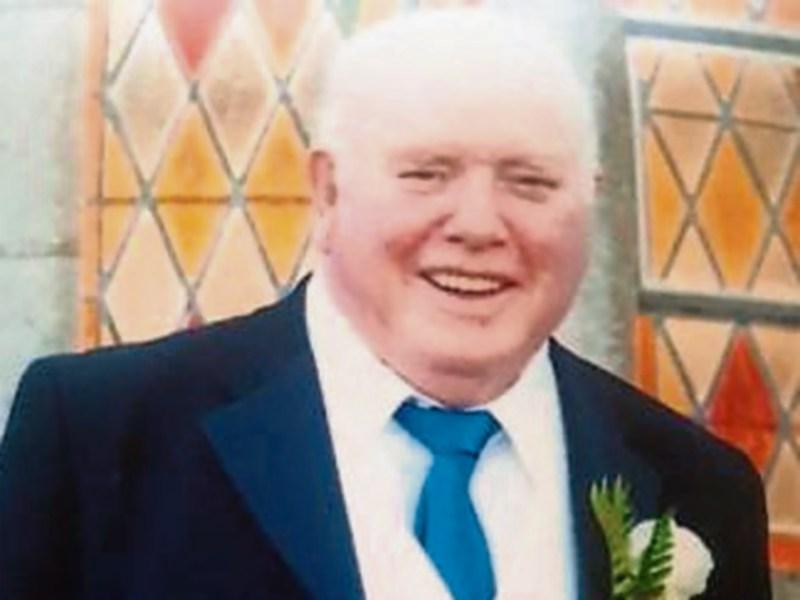 The death of Martin Bergin of Donaghmore and formerly of Glencondra, Camross caused widespread sadness over a wide area.

Martin had been ill for some time and, after a recent operation, he was a patient in Tullamore Hospital where he lost his battle for life last Tuesday morning surrounded by his family.

Martin lived in Camross for many years until he married Mary and they made their home in Donaghmore on the Church road. For a few years earlier they resided in Aghaboe, a kind of halfway house, but Mary wanted to be near home and Martin consented.

Like his father before him Martin loved farming. For many years he was involved in Camross GAA club. In 1962 he played in a minor final and three years later suffered defeat again when the juniors lost the final.

Martin had the unique honour of winning a medal then shouldered the winning captain off the pitch only to discover that he would not be getting a medal.

The losers had objected to Camross but had their protest thrown out by the county board. The following May the news reached Camross that Leinster Council upheld the appeal and awarded the title to the losers.

Was Martin bitter? Well at the time he said he was but later said, “ We won the game on the field of play fairly and squarely and it was huge honour for me and my comrades to wear the Camross jersey and, although with no reward at the end, there will be many more titles to come our way.”

That was the type of a sportsman he was and while he never got his reward he witnessed his cousins win many rewards.

Had his health not failed he would have been looking forward to the club celebrating the diamond jubilee of their first senior championship success later this year, and they have added 24 more in the meantime.

While his two boys did not follow his sporting steps his daughter Patricia did and went one better than her dad by claiming a county medal, helping St Brigid's win their only senior title 15 years ago.

That was followed by five in a row final defeats to the team they beat in 2004, the Harps. However, she now has assumed the role of selector with St Brigid's who will push hard for a second title come September.

After his playing days, Martin devoted much time to the club and was a great fundraiser. Moving away caused a few problems but Martin always found time to make important games until his health began to deteriorate some years ago. He loved farming and in particular sheep shearing and ironically the All-Ireland sheep shearing championships were held over the weekend, an event that Martin seldom missed in his younger days.

Another great interest of Martin was vintage machinery and events that involved vintage cars and trucks.

The Vintage Museum located at the Swallows Quarters was influenced by Martin and, at the time of his passing, he was Vice President of Vintage Ireland and the National Gathering of Vintage Ireland is to hold their annual meeting in the Quarters in the coming weeks. Sadly the man behind the refurbishment will not be present.

If he had not enough on his plate then he was for years the chief organiser of social dancing in the local area and he could be depended upon to organise a band or a venue at short notice. If he could manage it he liked playing cards and whist drives when it fitted into his schedule.

Martin reposed at his residence on Wednesday, May 22 and Thursday, May 23 with a recital of the rosary each evening.

Removal was to the Church of the Holy Trinity Rathdowney for requiem Mass celebrated by his fellow Camross man Fr Martin Delaney who was joined by Fr John Lalor PP Camross, Fr Jackie Robinson PP Borris-in-Ossory and Fr Robert Fletcher Borris-in-Ossory native based in Tipperary.

After Mass Martin was interred in Belady cemetery Camross GAA club formed a guard of honour as the cortege arrived at the Church on Friday morning and the coffin was draped in the club colours.

Martin is deeply mourned by his wife Mary (nee Whelan), his sons Liam and John, daughter Pat, daughters-in-law, Collette and Denise, grandchildren, Conor, Oisin and Ollie, brothers Stephen and Joe based in England and could not make it home, sisters-in-law, brothers-in-law, nephews, nieces, relatives dancing and vintage friends who will miss him greatly.