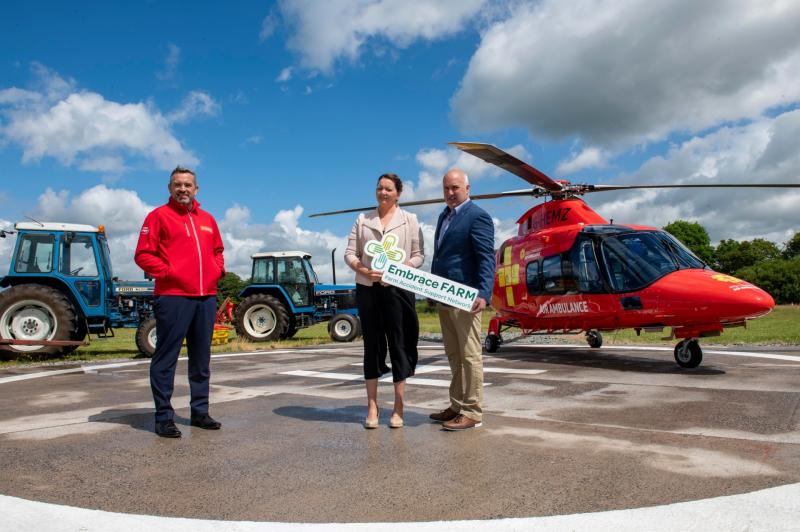 Irish Community Air Ambulance and the Laois-based Embrace FARM want to support families during and after serious incidents.

Two charities have teamed up to help ensure that farm families receive the support they need when they need it most. The Farm Family Draw is a partnership between the Irish Community Air Ambulance and Embrace FARM.

All funds raised as part of the monthly membership draw will be split evenly between the two charities. The top prize is €1,000 each month.

The two organisations offer support to Irish farmers and their families in different but equally important ways. The Irish Community Air Ambulance is often tasked to farm accidents and medical emergencies in rural areas, it provides emergency, prehospital care and brings patients to the hospital that best meets their needs. Embrace FARM supports farm families grieving the loss of a loved one or rehabilitating with serious injury from a farm accident.

The Helicopter Emergency Medical Service (HEMS) works in partnership with the National Ambulance Service and is ready to respond to serious incidents and medical emergencies from its base in Rathcoole in North Cork seven days a week.

Embrace FARM was established in 2014 by Brian and Norma Rohan from Shanahoe, Co Laois. Following the death of Brian’s father Liam on their family farm in 2012, they felt there was no support that could ease the pain families such as theirs were experiencing.

They began by holding an ecumenical remembrance service with over 600 people attending in its first year. The charity responds to both practical and emotional questions people suffering after a farm accident may have. Its mission is to grow and sustain a support network for those affected by farm accidents.

Norma Rohan explains: “In a lot of instances, families feel like they are the only ones who have gone through this trauma on their farm. We bring families together so that we can support each other through that journey. Our services at the moment are peer to peer support, listening services and providing connections however, we want to expand to provide practical support to families and the Farm Family Draw will help us to do that.

"When you support the Farm Family Draw all money goes to both of our charities, we are not using an outside agent. The funds are split evenly between Irish Community Air Ambulance and Embrace FARM for the purpose of providing HEMS Air Ambulance services, bereavement and farm survivor support.”

Brian Rohan was there the day his father was fatally injured. He knows how much it can help.

“The air ambulance service is going to make a massive difference to farmers in rural communities. Accidents don’t happen beside a hospital; they happen out in the country. It is going to mean the difference between life and death basically.

“If you need the service, you would give any amount of money to save someone’s life, a loved one’s life so it is very important that everyone gets behind this. It’s a rural community service,” he said.

Micheál Sheridan, CEO of the Irish Community Air Ambulance says: “We’ve been tasked to the most serious incidents on Irish farms since we launched in 2019. We’ve seen a lot of PTO and other machinery related accidents, falls from height and animal attacks. We aim to bring hope in emergency situations but we can’t forget about the aftermath either.

"Families are left picking up the pieces, having to get on with farming if they’ve lost a loved one or suffered a life changing injury. We recognise and appreciate the role Embrace FARM are playing and are delighted to partner with them for the Farm Family Draw. It costs around €2 million a year to run our organisation and by supporting this draw you’re helping us to stay in the skies and keeping our critical care cars and rapid response vehicles on the road.”

Martin Moran is a farm accident survivor, he was seriously injured as a toddler: “The accident was never spoken about in my family. It was Embrace FARM that brought me through, got me to tell my story in whatever way I wanted to tell it. It was a big plus to be able to talk to people who understood me. It’s a survivors organisation, that is there for everyone that has been involved in a farm accident. The Irish Community Air Ambulance is very important to us today. Accidents do happen and will happen, it’s important we have that service. I would ask and remind farmers to be aware of the services they might need on their land, in their yard at any time.”

Membership of the Farm Family Draw is €10 per month and can be paid for on a monthly, quarterly or annual subscription. Visit farmfamilydraw.ie or call 021 4190 999. The draw will take place on the 8th of each month. First prize is €1,000, second prize is €100. The winners will be notified by email and text and will be published on social media. 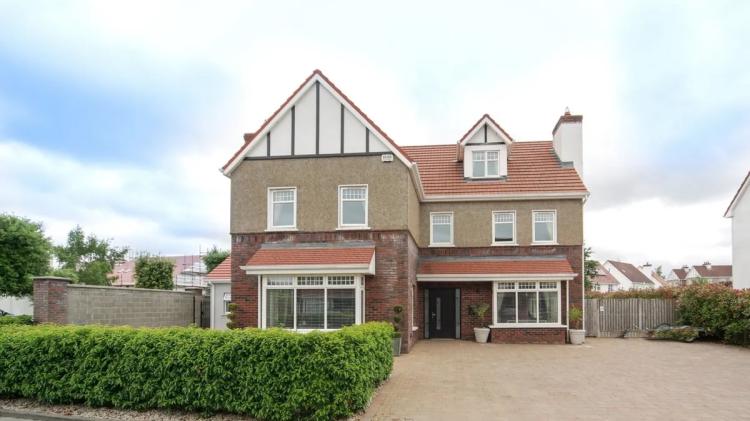 Amy Lacey after winning the Leinster Poc Fada in Carlow