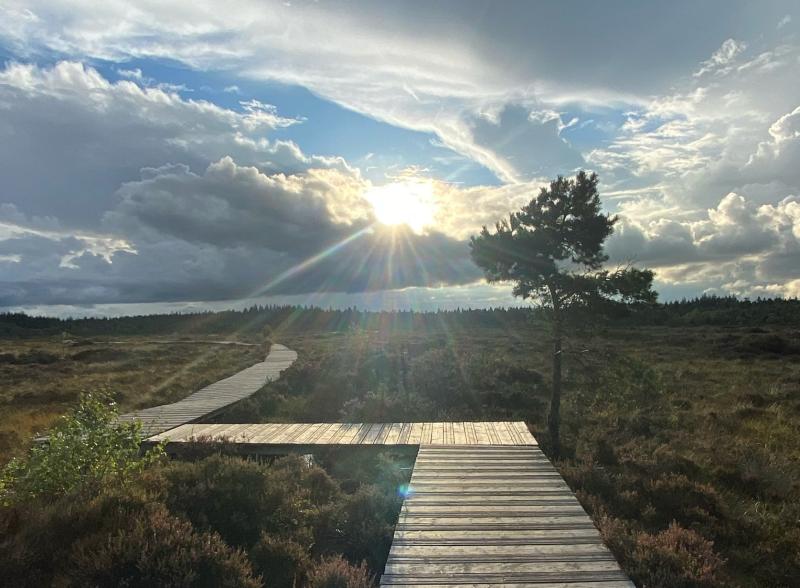 Abbeyleix will be the hub of an initiative which will see conservation experts from across Europe be based in Laois.

The Natural Climate Buffer study tour takes place during the last week of this month. It will seen up to 20 wetland conservation and restoration practitioners from across Europe staying in Abbeyleix from Sunday, 26 September until Wednesday, 29 September 2021.

On Wednesday morning the participants will take part in a facilitated workshop to reflect on lessons learnt from the site visits. They will also discuss how wetlands, as nature-based solutions for climate action, can be promoted and actively acted upon.

Green Party Ministers of State Pippa Hackett and Malcolm Noonan will attend the Wednesday workshop in the Abbeyleix Manor Hotel.

"Abbeyleix Bog Project are delighted to host such an international event. Its a great endorsement of all the rehabilitation work going on at Abbeyleix bog and the amenity it provides. Further supported by the expected  attendance of Minister Noonan and Junior Minister Hackett," he said.

The study tour is an initiative of the Eurosite Wetlands and Climate Change working group. It is hosted by the Community Wetland Forum in Ireland with support from the National Parks and Wildlife Service and the EPA.

The study tour is supported by the Department of Housing, Local Government and Heritage of the Government of Ireland and the Environmental Protection Agency, and made possible with the financial support of the European Union.

Hosting the event is just reward for the Abbeyleix Bog Project which saved the Killnamuck bog more than 20 years ago. Since then countless hours of restoration work has been carried out by volunteers. They have also made the bog accessible to visitors making it an popular amenity for Laois people as well as visitors and tourists.

Natural Climate Buffers are areas where natural processes are given space. As a result, they evolve with climate change, adapt to it and can play a vital role in retaining and collecting water (preventing floods or water shortages), tempering heat and reducing carbon dioxide in the atmosphere.

Healthy peatlands can function as Natural Climate Buffers, and are one of the most important habitats in Ireland, for carbon, climate and people; a fact which is increasingly recognised through investment, community action and political support. Ireland now hosts a vibrant peatland restoration network, across LIFE funding streams, the investment of carbon tax revenues and direct government support.

Aside from the unique biodiversity this protects, these efforts are promoting a ‘Just Transition’ from peat harvesting, whilst ensuring that community dividends accrue, whether in the form of boardwalks, diversified employment, or mitigation of the long-term effects of climate change.