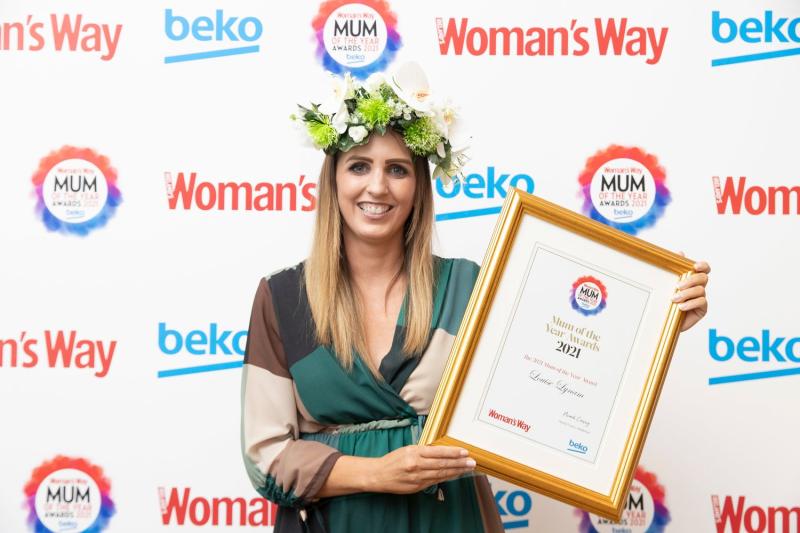 The Portlaoise native was named ‘Mum of the Month’ for April and was crowned the overall Mum of the Year at a special lunch at the Intercontinental Hotel in Dublin. Woman’s Way and Beko teamed up for the sixth consecutive year to host the awards, which showcases and celebrates Irish mothers and highlights their contribution across all facets of society.

Louise, a single mother of two girls, Jessica (15) and Kiera (9), has been working on the frontline since the start of the pandemic as a healthcare assistant in the Accident and Emergency Department at the Midland Regional Hospital Portlaoise.

Louise has taken her role of protecting her children from being exposed to Covid-19 extremely seriously, and with good reason. For months she felt unable to even kiss her daughter Kiera goodnight when putting her to bed.

Louise found out Kiera had cystic fibrosis a few weeks after she was born. She was rushed to Crumlin Hospital as she had a bowel blockage. It was there, through further tests, Louise was given the news that Kiera has cystic fibrosis. Learning to cope with Kiera’s condition through the help of Cystic Fibrosis Ireland and Tallaght Hospital, Louise began to manage her little girl’s medication, therapies and check-ups.

At five years old, Kiera developed pseudomonas, a chronic lung infection which depleted her energy levels. She was on strong antibiotics which had to be administered twice daily through a nebuliser. MORE BELOW PICTURE. 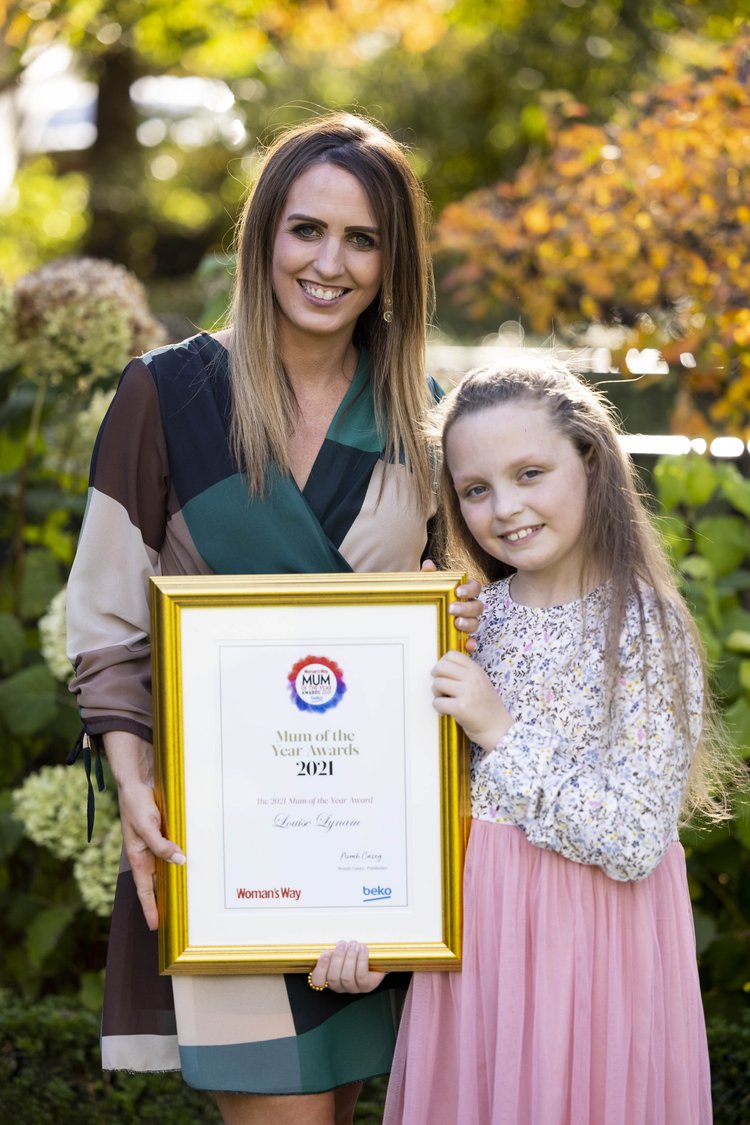 However, in 2018 following lobbying of the government by Cystic Fibrosis Ireland, a new drug called Orkambi was approved.

This drug changed Kiera’s life immensely – for the better. Despite this, as a single parent and a frontline worker, Louise was naturally anxious about continuing to work in the emergency department while also caring for Kiera but thankfully, had a great support system to help her get through this difficult time.

“She had her energy back. She was no longer run-down. If Kiera develops a cough now, the mucus comes up straight away, whereas before, it would take ages, leaving her more exhausted than before.”

Kiera still has a significant care regimen every day which includes time on her nebuliser, chest physio (airway clearance), and up to 22 tablets daily. MORE BELOW PICTURE. 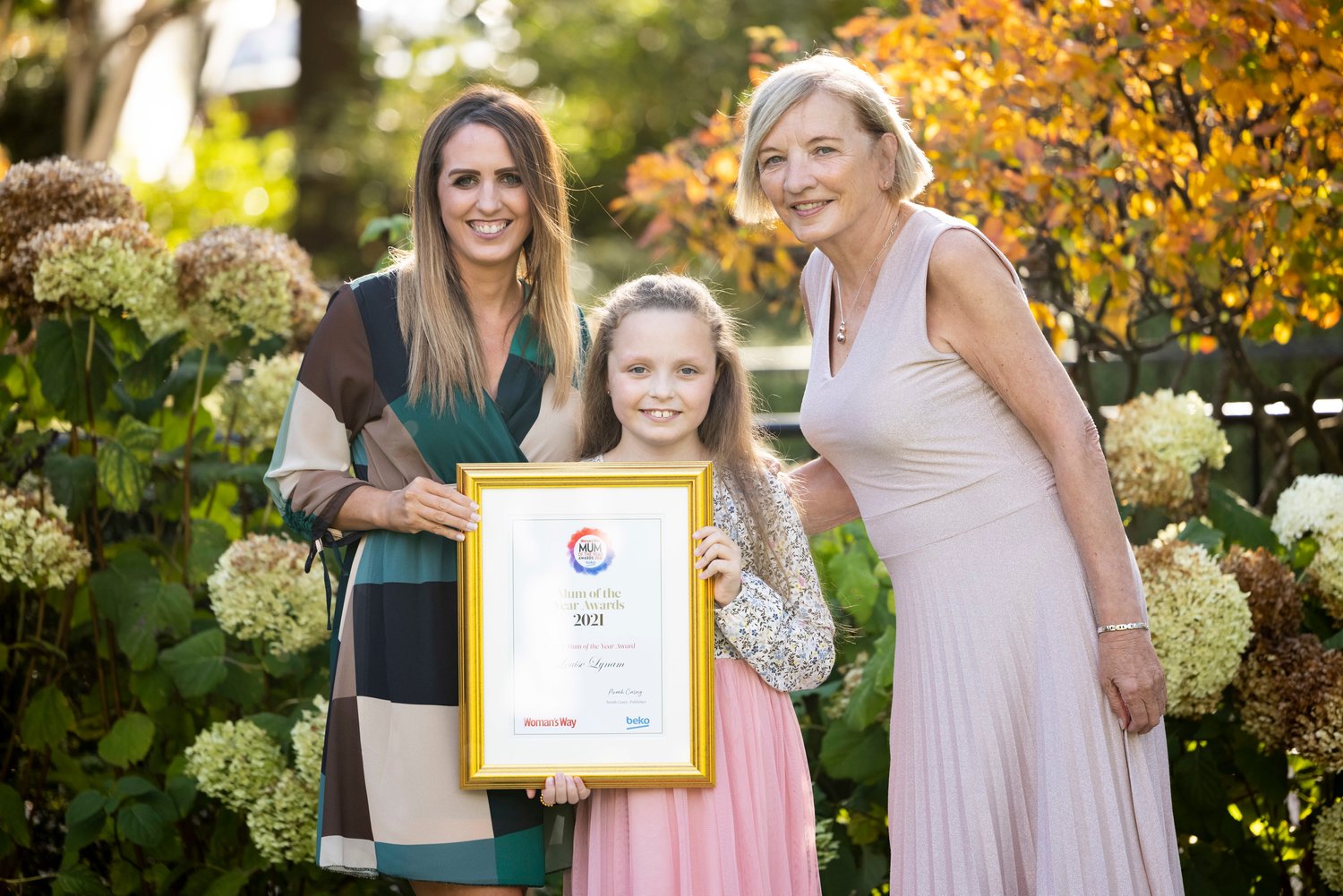 During the initial Covid lockdown, Louise was nervous about going to work in the emergency department, while also caring for Kiera.

“It was a very worrying and challenging time for me as a parent with a child in the high-risk category. But once I got to know more about the virus, I got into a routine of being extra careful. I would change my clothes, shower, boil wash my clothes and stay away from Kiera for a few hours when I returned home. That was so tough but I needed to protect her.”

Kiera is a bubbly little character, Louise says, who loves to dance and go to gymnastics. I asked her how tough it was telling Kiera that she could no longer attend those classes due to the virus.

“I remember last March, Kiera was going to have her 8th birthday party with all her friends, my heart broke having to tell her that it couldn’t go ahead. However, myself and my eldest daughter, Jessica, had a small tea party for her, and she loved it. Kiera really understands the importance of looking after herself and staying safe, especially with all the tablets she takes. She is just an amazing little girl.

"She knew the importance of the virus and, because she was born with cystic fibrosis, she was always used to hand sanitiser, washing hands and wearing a mask, so it didn’t faze her thankfully. It really shows how resilient little children are,” said Louise. More below picture. 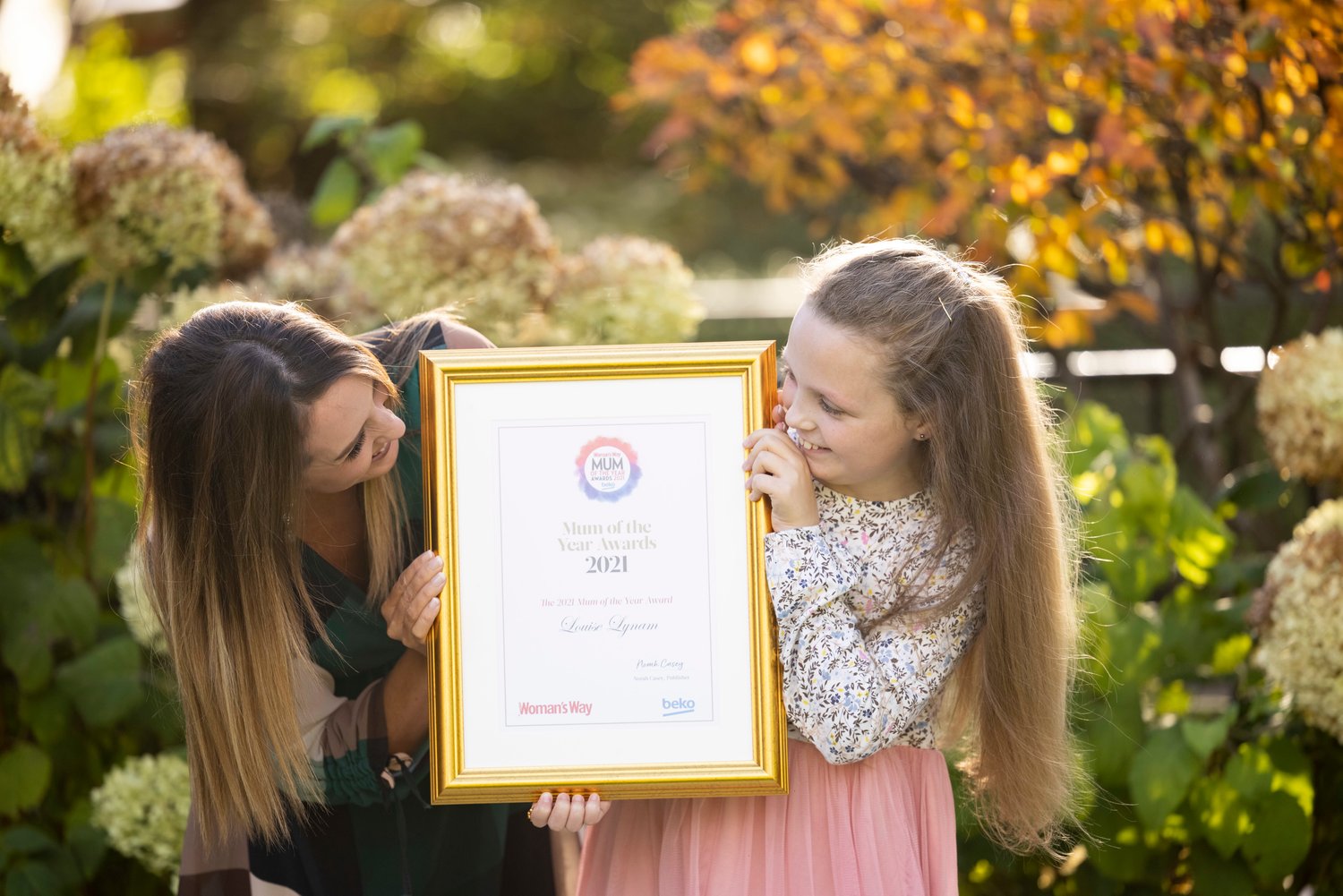 Early this year Louise got the Covid vaccine which was a massive relief to her.

“I know having this means I now get to protect my family, especially Kiera, but also my work colleagues and the community. I love to care for other people, I love my job at the emergency unit as it’s so rewarding,” she said.

As a single parent and a frontline worker, Louise is grateful for her support network.

“My management staff and colleagues throughout Covid have been so supportive, they were always aware of my circumstances at home with Kiera being high risk. ­ They constantly checked in on me.

“Being on my own for a few years now, I have very good family support - they help me out with the kids when I’m working, which is great. But I am still very much independent and strong; I like to do everything for me and most importantly for the girls,” she said. MORE BELOW PICTURE 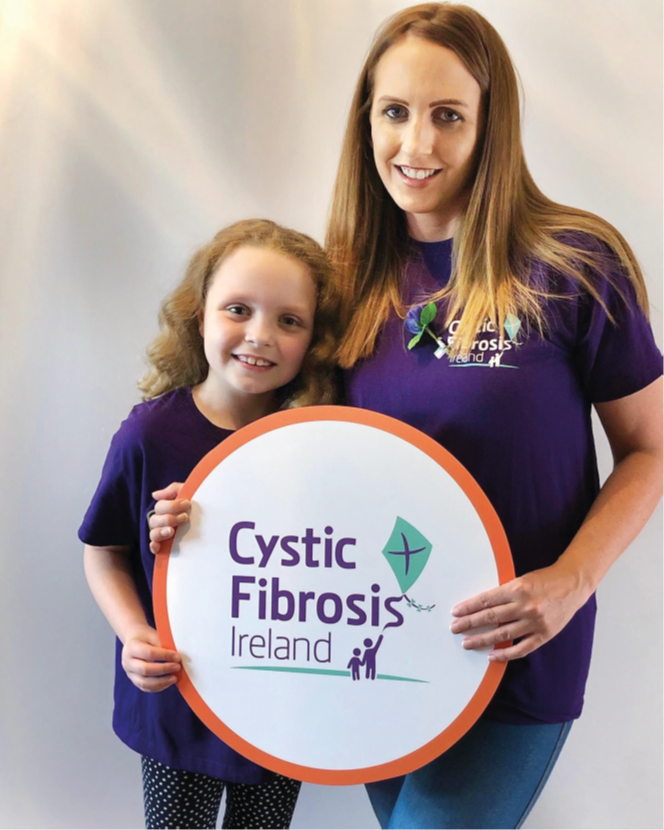 Louise explained what it means being a mother mean to her.

“Being a mum makes me a lot of things, it makes me proud, happy, excited but also worried, nervous and occasionally stressed,” laughs Louise. “But all those things combined, I wouldn’t be anything without my two girls, I am forever proud of them. My aim being a mum is to make them happy and proud always and to be a good role model.

"Overall, I am just so content in my little world with the two best girls I get to call my daughters,” she said.

Norah Casey, Chair of the Judging Panel commented: “It’s always very difficult to select a winner but the judges were blown away by Louise’s story and we are honoured to present her with the very deserving award and title of Woman’s Way and Beko Mum of the Year for 2021!”

Shane Kelly, Sales and Marketing Manager, Beko added: "We are delighted to be involved in The Mum of the Year awards and this is now our sixth year involved and every year we recognise how special an event it is. We know how tough the last couple of years have been for everyone and today is a real celebration of Mothers everywhere.  We’d particularly like to thank those who nominated a colleague, friend or family member in support of those in their communities who strive to make a difference.”

Nominated for the award by Cystic Fibrosis Ireland, Louise and youngest daughter Kiera are ambassadors for the charity and have fundraised for over the years. 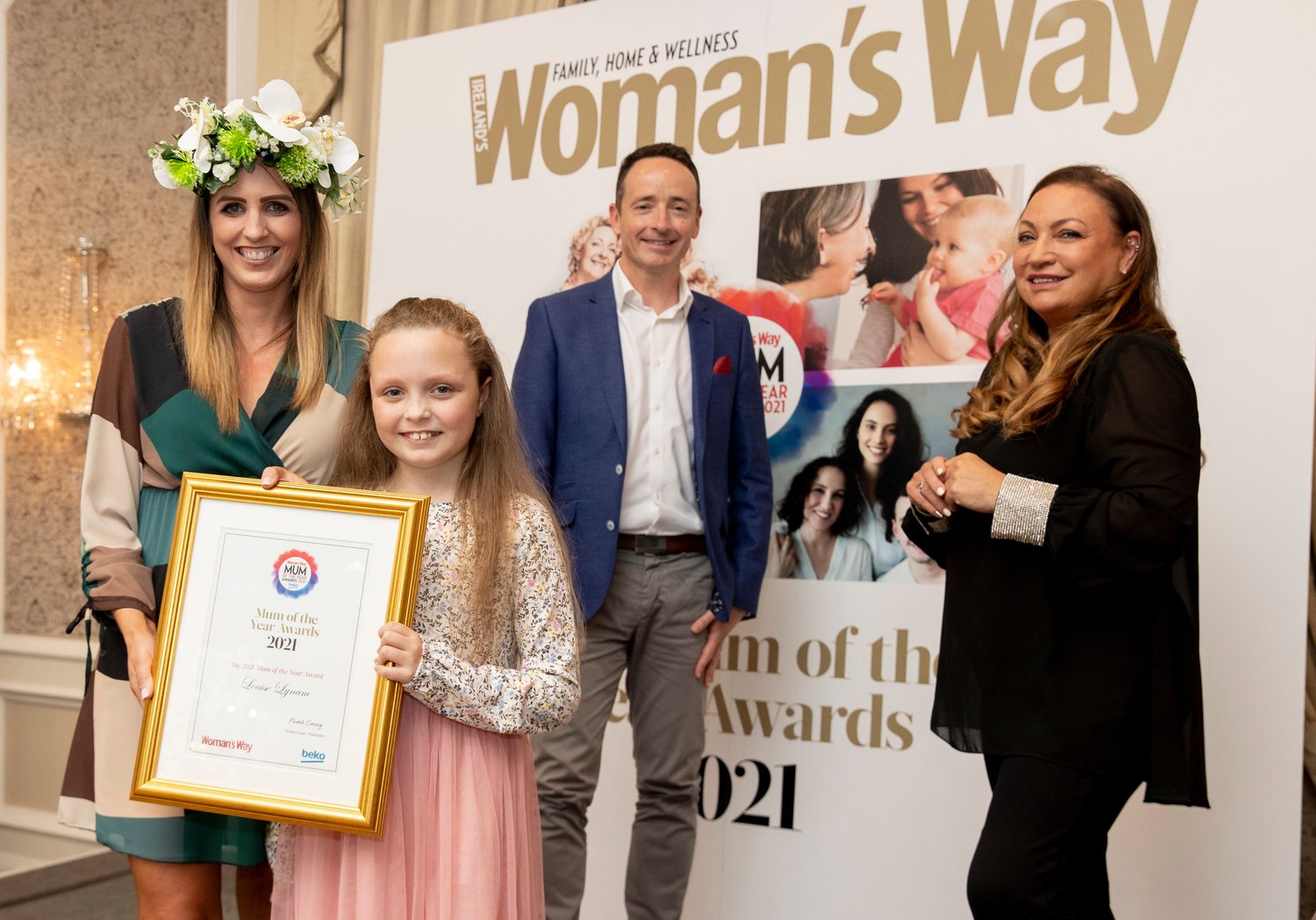