'Everybody a winner' from CE scheme changes - claims Laois Minister 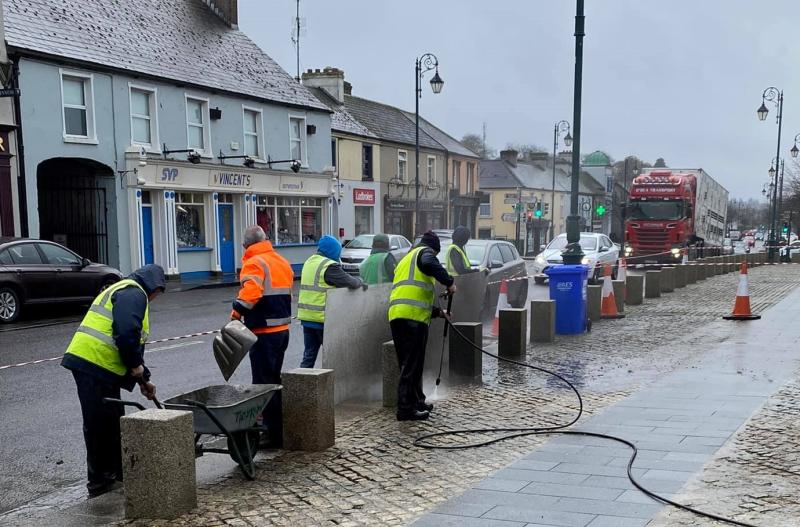 Communities and individuals who depend on community employment schemes are facing new changes in the coming year which a Laois Minister says will be of benefit.

Seán Fleming TD, Minister of State at the Department of Finance said he was pleased with the major reforms of Community Employment (CE) and Rural Social Scheme (RSS) from which he claimed Laois would "benefit substantially".

He outlined the key changes approved by the Government in relation to these schemes are as follows:

"These changes will reduce vacancies and protect vital services in the community," said Minister Fleming.

He continued: "Everybody knows the great work carried out by the participants on these schemes overseen by their supervisors and the local committees.   These schemes are involved extensively in looking after local amenities management, environmental projects, arts and culture, sports, childcare, tidy towns, health related services, meals on wheels,  drug rehabilitation schemes and a variety of other local valuable projects.

"I am pleased that these reforms have been approved and will come into operation immediately.  Not only will this be of benefit for people on these schemes but it will also be of major assistance to local communities who rely on these schemes.

"This is a good move for participants and from a social and community point of view and everybody is a winner with these new reforms," said the Laois Offaly Fianna Fáil TD.

The Department says the purpose of CE is two-fold; to support long-term unemployed people to gain work experience and train to assist them in finding employment opportunities in the open labour market whilst also providing vital services in local communities.

Some 850 CE schemes deliver a wide range of key community services, particularly in disadvantaged and rural areas. There are over 19,000 people availing of CE, with a budget of €340 million this year.

The RSS is an income support scheme that provides part-time employment opportunities for underemployed farmers who receive specific social welfare payments. There are almost 3,000 people availing of RSS at present, with a budget of €52 million for 2021.

The changes were announced on December 21 by the Minister for Social Protection, Heather Humphreys TD, and Minister of State, Joe O’Brien TD.

The changes which were approved by Government include:

Age rules: The age from which participants can remain on CE until reaching pension age is now lowered to 60 years, (down from 62 years). This rule will also now apply in respect of people aged 60 and over on the Rural Social Scheme.

Vacancies: A CE participant whose term has expired will be allowed remain on their scheme until a replacement participant is found. This will reduce the impact of vacancies on the scheme and ensure vital community services are maintained.

Referrals: Improvements are also being introduced to increase and strengthen the process of referring unemployed candidates to CE schemes. In future, a minimum of 40% of unemployed people referred to schemes by the department’s Intreo offices will be offered an opportunity to take up places on schemes. Local Intreo offices will work closely with local schemes in implementing this new rule to ensure people are referred to placements which are suitable to their skill-set.

Baseline Year: The so-called baseline year will be updated from 2007 to 2014 and will continue to be updated on a yearly basis to remain at 7 years behind the current calendar year. This means that time spent on CE before the baseline year will not count towards the maximum time a participant can spend on CE. This will give CE participants who remain unemployed further opportunities to participate on CE and enable them to continue to contribute to providing essential local services in their community.