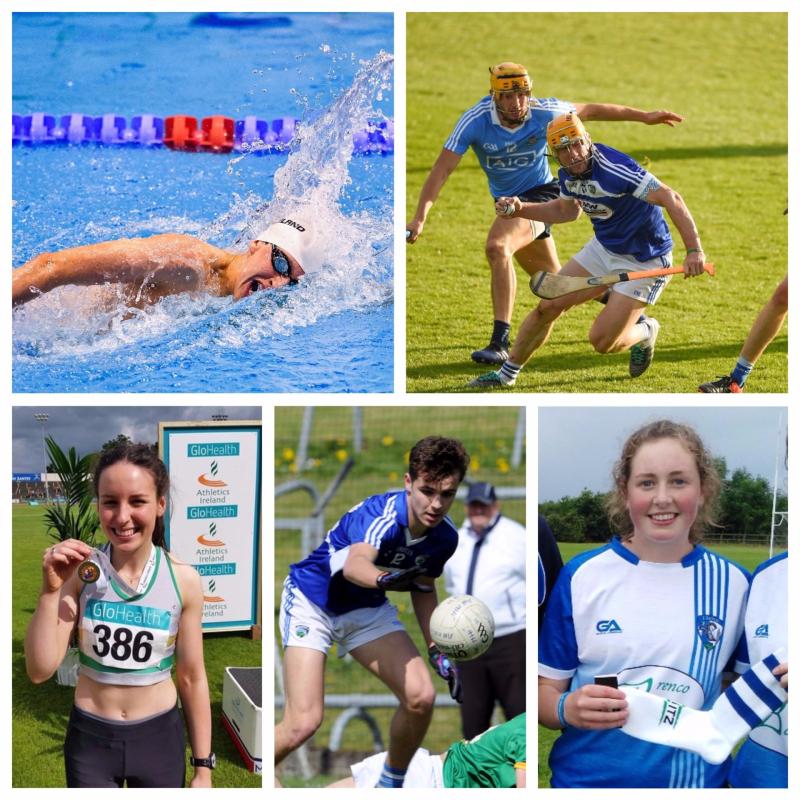 The nominees are in for our Sports Star of the Month award for July, with five more excellent sports men and women in the running.

You can read about all five nominees below, and be sure to cast your vote before the lines close at 9pm on Sunday night!

The Portlaoise teenager, who swims with Kilkenny Swimming Club, competed at the European Youth Olympics in Gyor, Hungary during July. He was the only Irish swimmer to contest a final while there, and was also part of the Irish 400m medley relay team which set a new national junior record. Sean, who is still just 15, also came third in the national senior 200m backstroke final earlier this year, and is an exciting prospect in Irish swimming.

It was been an eventful July for Cahir Healy, sadly ending with him tearing his cruciate ligament in the opening round of the Laois SHC. However, back on July 1st he was turning in an outstanding display for the Laois senior hurlers against Dublin in Parnell Park. So impressive was he on the day that, when he was harshly awarded a second yellow card late in the game, both Dublin and Laois supporters applauded him off the field.

Not the first time Saragh has been nominated, the supremely talented athlete collected two gold medals at the National Championships during the month. Renowned for exploits in the triple jump, she won gold in that event, but also set a new PB of 5.87m to win the long jump as well.

July wasn't a great month for Laois county teams, but the U-17 footballers did show that better days may not be too far away. They were very impressive throughout their Leinster campaign, hammering Louth and Longford before almost getting the better of the strong Dublin team in the semi-final. While a lot of players impressed over the games, Portarlington's Ronan Coffey gets the nomination for his consistency, after a string of excellent displays throughout the campaign.