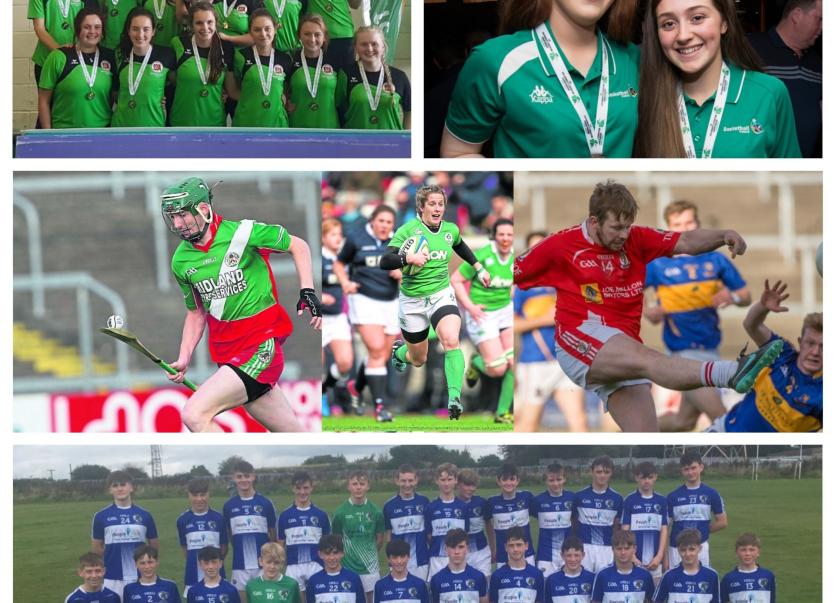 Our Sports Star of the Month award is back for August, in association with Downey's Auto Stop, and we have six nominees after a historic month.

Read below to find out more about our six nominees, and don't forget to cast your vote, and then tell a friend to do the same! Voting closes at 9pm on Sunday night.

Both have been nominated individually so far this year, but they get a joint nomination this month for their role in helping make Irish basketball history. The two girls were part of the Irish U-18 team which qualified for the final of the FIBA U-18 European Finals, the first time ever an Irish team had made it to a European Final. Claire was selected on the Team of the Tournament, while Maeve's high-energy style of play made a huge contribution to the Irish team.

The first of two teams nominated for this month's award, the St Abban's Ladies National League team also created history in August, winning the Premier Division title in Tullamore. It was a remarkable success for the small rural club, who saw off competition from some of the biggest athletics clubs in the country to seal the title.

In one of the most devastating displays of individual brilliance seen on a football field in Laois in recent years, Ruairi O'Connor scored an incredible 5-8 for Timahoe in their IFC win over Courtwood. Even more remarkable was that Timahoe were trailing by six points at half time, but thanks to O'Connor's brilliance, they ended up winning by fifteen.

The theme of history-making is prevalent in this month's nominees, and the Laois U-14 hurlers also made history in August as they qualified for the semi-finals of the 'A' section of the Tony Forrestal Tournament. In their first game, they beat the Kilkenny 'A' team by 2-10 to 1-12, a rare and remarkable achievement for any Laois team. They also beat Limerick in the group stages, before losing out to Tipperary in the final.

It seems a long time ago now but back in early August, Aaron Dunphy was tearing the Clough-Ballacolla defence apart with an outstanding performance as he scored 3-4, all from play, in Round 2 of the SHC. The performance saw his side record a 21 point victory over Clough-Ballacolla, and they return to action this weekend against Camross.

The Womens Rugby World Cup certainly didn't pan out the way Ireland wanted it to, but Laois star Alison Miller could still hold her head high after a fine tournament. She scored tries against Japan and Australia, starting all five games on the wing as Ireland ended up finishing in eighth place.