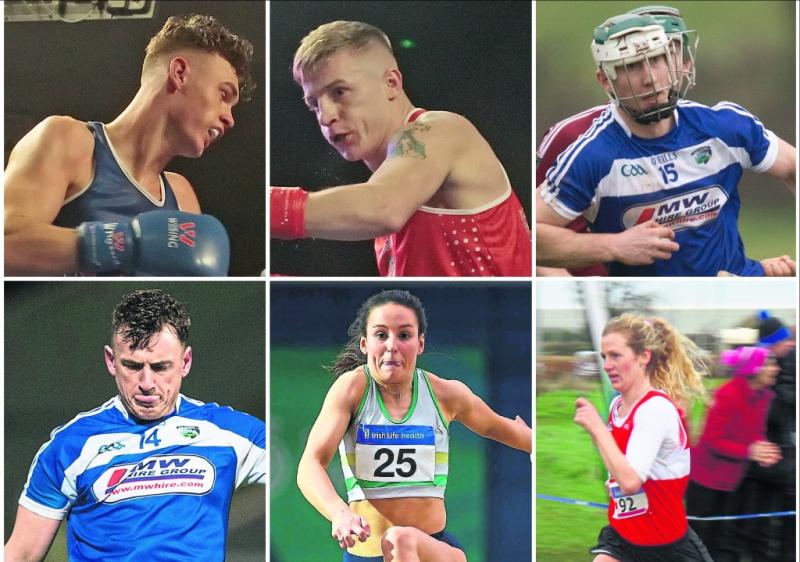 Our Sports Star of the Month poll for February is here, and we have six nominees after a brilliant month for sport in Laois.

You can read about all six nominees, and why they are nominated, in the article below, and once you have made your decision, then cast your vote above. The voting lines will remain open until 1.30pm on Friday afternoon.

Ballylinan sharpshooter Gary Walsh is our first nominee, as he gets the nod for some impressive displays in attack for the Laois footballers. Laois won all three of their games in February, with Walsh scoring 2-21 across those three games for an average of nine points.

King firmly established himself in the Laois senior hurling team last year, and he has improved again in 2018 with some brilliant performances in this year's NFL. In February, he scored 0-12 against Galway as he lead an almost one-man assault on the Galway defence, and followed it up with 0-15 against Antrim, in a game where he never missed a shot from placed balls.

Already established as the best female triple-jumper on these shores, Saragh confirmed that title in the month of February. She won Leinster and All-Ireland indoor triple jump gold, and if that wasn't enough, she also won gold at the Irish University athletics finals.

A national title for Nevin in February, as he overcame a tough opponent in the 75kg final, Brett McGinty from Derry. McGinty launched an onslaught on Nevin in the first round, but the Portlaoise man kept his cool and recovered to beat the Northern Irish boxer to a coveted national title.

Our second boxer nominated, and another to claim a national elite title in February. Kelly was involved in a barnstorming battle with Caoimhin Ferguson in the 64kg division, as he saw off the tough Antrim native by picking off a succession of clean punches to score a unanimous victory.