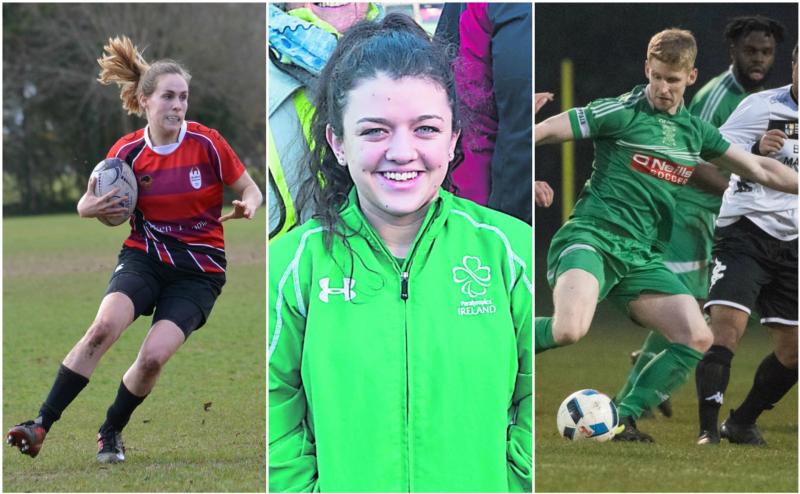 The search for our Sports Star of the Month for April can now begin, and we have three excellent candidates in the running.

The poll will run until 1.30pm on Friday afternoon, so be sure to get your votes in before then, and keep scrolling down to find out more about our three nominees.

The Portarlington dynamo was over in America during April, where she won a silver medal at the World Paraswimming Series in Indianapolis for the 50m Butterfly. She also competed in the 100m Freestyle and 200 Individual Medley, but it was in the Butterfly where she really stood out, adding to the bronze medal she won in Sheffield last year.

The Portlaoise AFC first team captain was a rock at the back for the club in a run that saw them win five games out of six as they chase promotion in the LSL, as well as success in the Lummy O'Reilly Cup. April saw Portlaoise score wins over Lucan, Maynooth and Newtown Rangers, the big three teams in their Division, with White central to those victories.

April was a month to remember for the North Midlands Falcons, the rugby team made up of players from Portarlington RFC and Cill Dara RFC. They won both their League and Plate titles in April, with Port's Caoilfhionn Culliton central to their success. She set up two tries in the league final win over Portlaoise, but scoring two of their own as they defeated Clontarf in the Plate final.