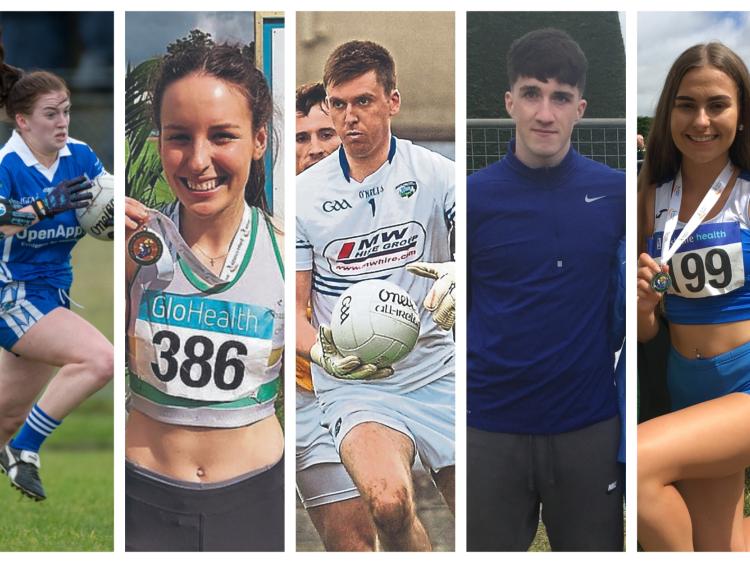 Our latest Sports Star of the Month poll is here, and once again some of Laois' top sporting talents are in the mix.

We have five nominees this month, and to find out more about each of them, check out the bios below. The poll will remain open until 1pm next Monday, August 13. Best of luck to all five nominees.

The second month in a row Brody has been nominated, he gets the nod in July for his outstanding display against Monaghan in the All-Ireland SFC Round 4 Qualifier. Brody made a string of breathtaking saves to keep Laois in the hunt for a win against the eventual All-Ireland semi-finalists.

Another nominated for Lawlor, she gets the nod after a couple of impressive displays in the month of July. Emma scored 1-3 in the Leinster Intermediate final against Wicklow to help Laois to a deserved win, and followed that up with another 1-3 in the All-Ireland series clash with Longford later in the month.

We could have nominated any number of St Abban's athletes, but having claimed two individual medals at the All-Ireland Track and Field championships, it's hard to look past Saragh. Defended her triple jump title by claiming another gold medal, and then added a silver medal in the Long Jump.

A first nomination for the Emo-Rath athlete, like the aforementioned Saragh Buggy, Eoin is establishing himself as something of a jumps specialist. In his last season of juvenile competition, he claimed two national gold medals in July, one for the Long Jump with a leap of 6.23m, and one for the Triple Jump, covering an impressive 13.25m.

Another candidate from the field of athletics, Ava confirmed her reputation as one of the most promising young athletes in the county. In July, she represented Ireland as part of the Irish schools team at the SIAB Games in Scotland, finishing fifth in the 1500m to help Ireland to a team silver medal. The very next day, she jumped on an early flight and won a silver medal in the 1500m at the Irish Juvenile Track and Field championships.

Those are all five of our candidates, be sure to log your vote before Monday at 1pm!