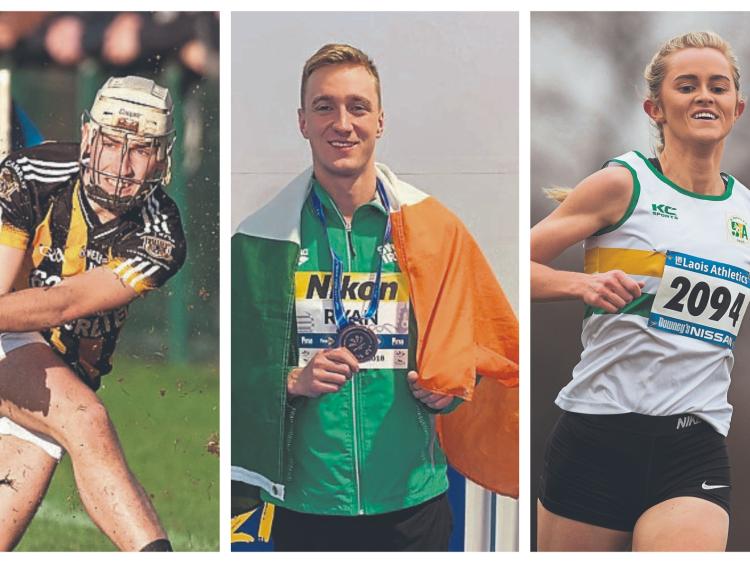 The 2018 sporting season is now done and dusted, but the only thing left to be decided is who our Sports Star of the Month for December will be.

We have three candidates for the award, and you can find out more about all three in the bios below. Voting lines are open until 1pm next Monday, January 14.

Best of luck to all nominees.

The Irish-American swimmer, whose dad hails from Portarlington, was in top form at the World Championships in China, where he secured a fantastic bronze medal in his favourite event, the 50m backstroke as he established himself as a serious medal hope for Ireland at the 2020 Olympics.

The St Abban's AC athlete nabbed a national title in December, as she won the All-Ireland Novice Cross Country in Navan. Cheryl lost her footing on the home stretch but had enough of a lead to regain her composure and get over the line. Fellow Laois woman Avril Deegan was second.

The talented young Camross hurler as been forcing his way into Eddie Brennan's plan with the Laois senior hurlers, but in December he was contesting two county finals with Camross. He scored 0-9 for their U-21 side as they beat The Harps in late December, while also chipping in with 0-8 as they were edged out by The Harps in the U-19 final earlier in the month.