A bright new school to serve all the children of Ballyroan for decades to come, was opened today June 28, with special guests including the Minister for Justice Charlie Flanagan, and Bishop of Kildare & Leighlin Denis Nulty.

The honour of cutting the ribbon for Scoil Eoil Phóil Naofa II went to Jack Murphy, the retired groundskeeper of the old boys school, helped by the two youngest pupils Jaden and Niamh.

Bishop Nulty first celebrated Mass in the church close by, before formally blessing the new building with holy water inside and out.

"Today is a long held dream brought to a reality, a state of the art school that is a symbol of a bright new future for Ballyroan," she said. 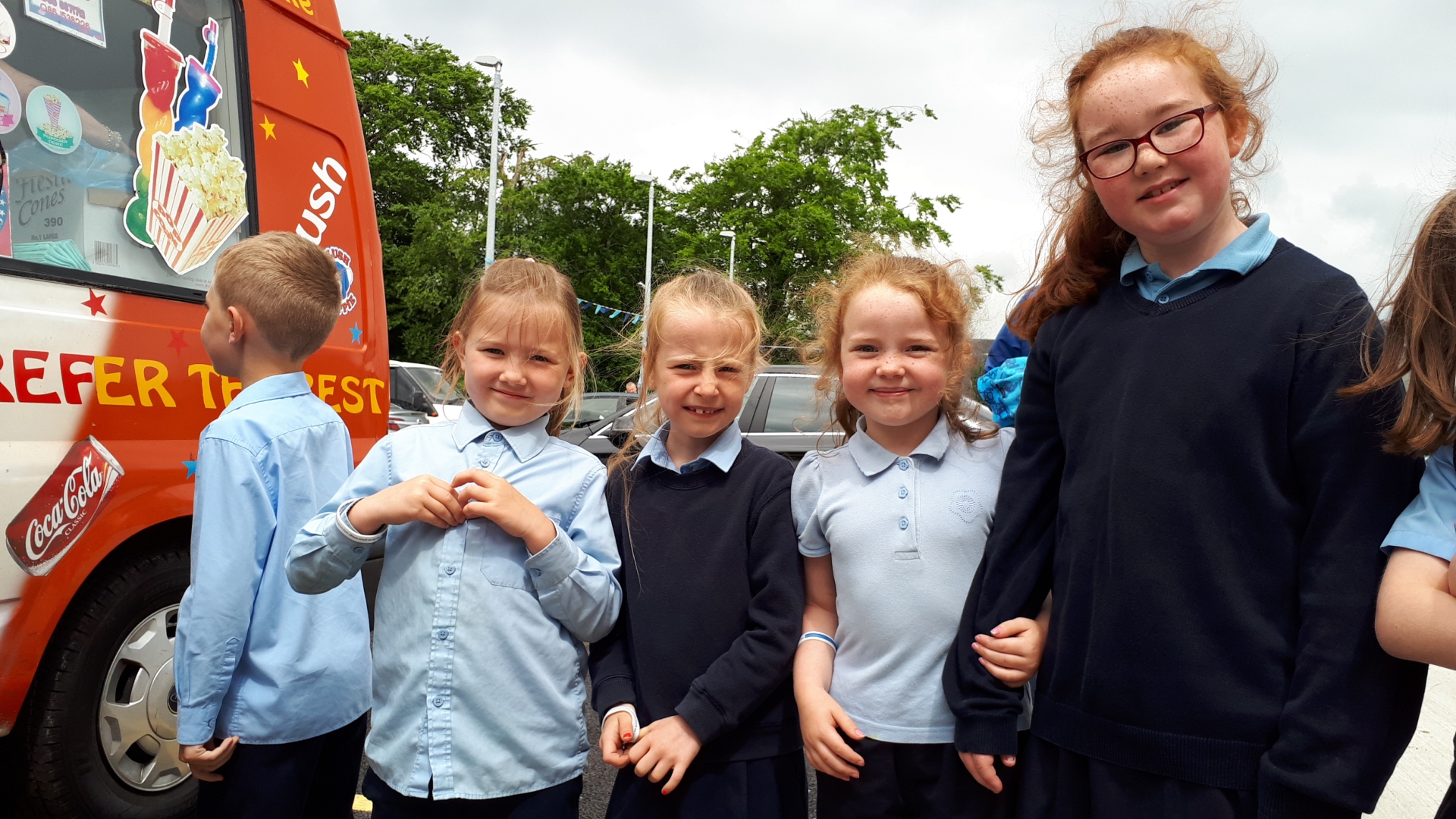 Fr Ger Aherne PP thanked everybody from parents and staff to those involved in the construction, as well as the pupils.

"You are all one big family, the way you work together and help each other makes me proud. This is a Catholic school but the doors are open to those of all faiths and of none," he said.

The school is the first in Ireland to be called after St Pope John Paul II, because the idea to build it was born on the year he died.

Cllr Mary Sweeney from Ballyroan celebrated with a triumphant "Yes, we did it," to cheers.

"I personally have campaigned for this from seven different ministers for education since 1997. It is a proud day for Ballyroan," she said.

Minister Flanagan credited Cllr Sweeney for requesting the new school since he was reelected in 2011.

"You don't say no to Mary Sweeney. I am pleased it has come to fruition. Since then we have allocated €28.3m to schools in Laois, such was the demand. To the boys and girls, I wish you all well in your school. You will take your memories on into the future," he said.

"Years ago we had prefab villages and in fairness, the government stepped up to the plate in Laois," he said.

Also attending were the new Laois Cathaoirleach Padraig Fleming, Cllr Catherine Fitzgerald and Cllr John Joe Fennelly, as well as all the children, their families and local community.

All visited the large GP hall afterwards for refreshments, while an ice-cream van in the playground catered for the delighted children.