30 young musicians from the Music Generation Laois Trad Orchestra brought guests to their feet on Monday following their inspiring ensemble performance at a dinner held in honour of visiting Canadian Prime Minister, Justin Trudeau and his wife Madame Gregoire Trudeau in Dublin Castle.

Together the ensemble presented extracts from the spectacular suite ‘Visions and Voices’, which was created and composed by Martin in collaboration with members of the Orchestra to mark the Centenary of Easter 2016, and which was met with rapturous applause. 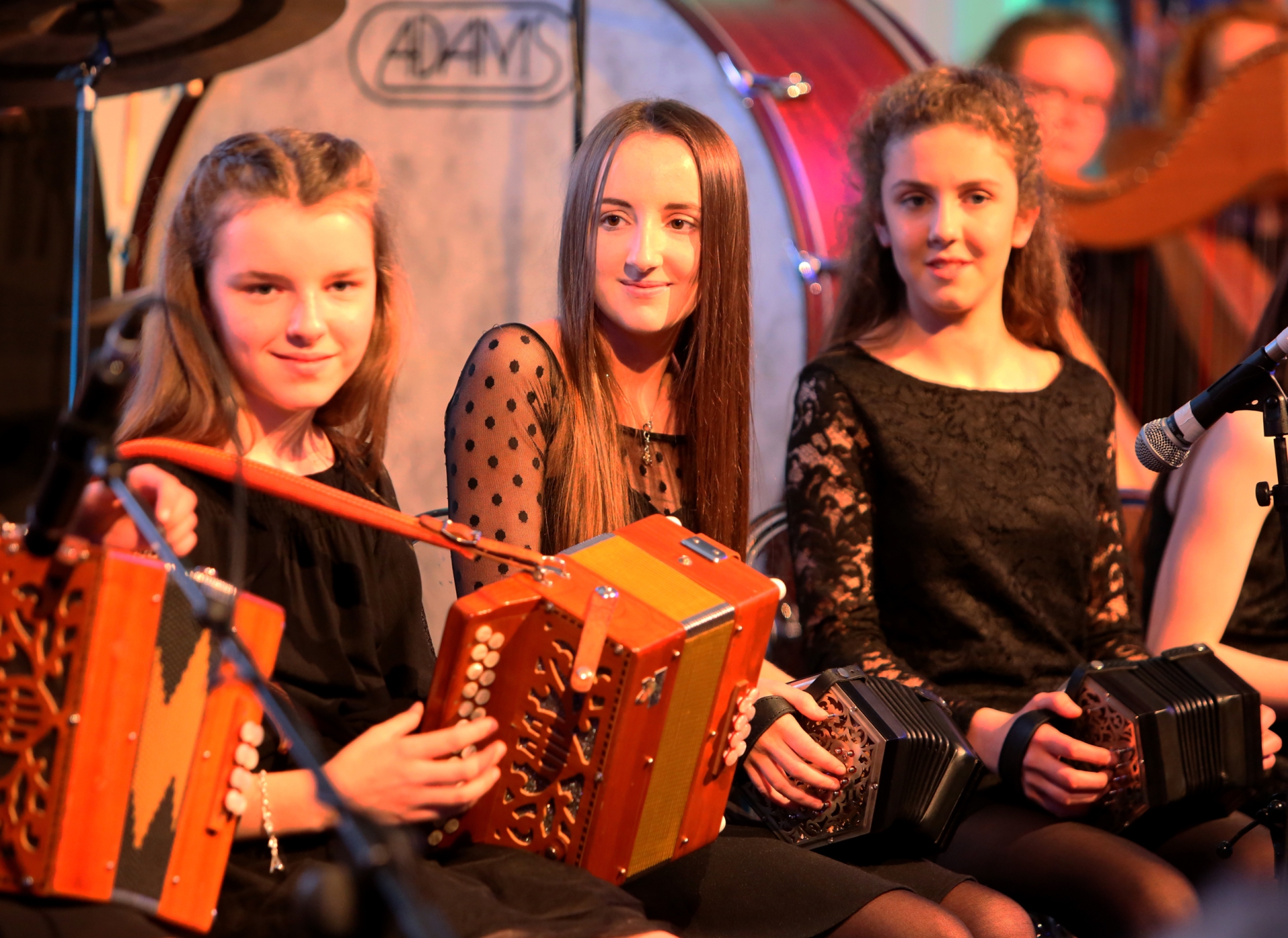 ‘Visions and Voices’ was inspired by the line in the Irish Proclamation: ‘Cherishing all the children of the nation equally’. Representing a truly 21stcentury interpretation of Irish music, the suite fuses multi-cultural influences, illustrates diversity and creativity, and conveys the young people’s own vision of their future Ireland.

The original commission, which reflects on the events leading up to and including the 1916 Rising in Ireland,was curated by Music Generation Laois and funded by the Laois 2016 Community Fund, Per Cent for Art through the Laois Arts Office and the Music Generation/Arts Council Partnership.

The Music Generation Laois Trad Orchestra was established in January 2016, under the direction of Siobhán Buckley and Paul Finn. To date the ensemble has performed at major national events including Fleadh Cheoil na hÉireann in Ennis, as part of the Music Generation Laois ‘Tionól’ for Harps and Pipes in November 2016, and most recently at the Gala Celebration of The Ireland Funds Worldwide Conference 2017 in Powerscourt Estate for Guests of Honour An Taoiseach Leo Varadkar and His Serene Highness Prince Albert II, Sovereign Prince of Monaco. 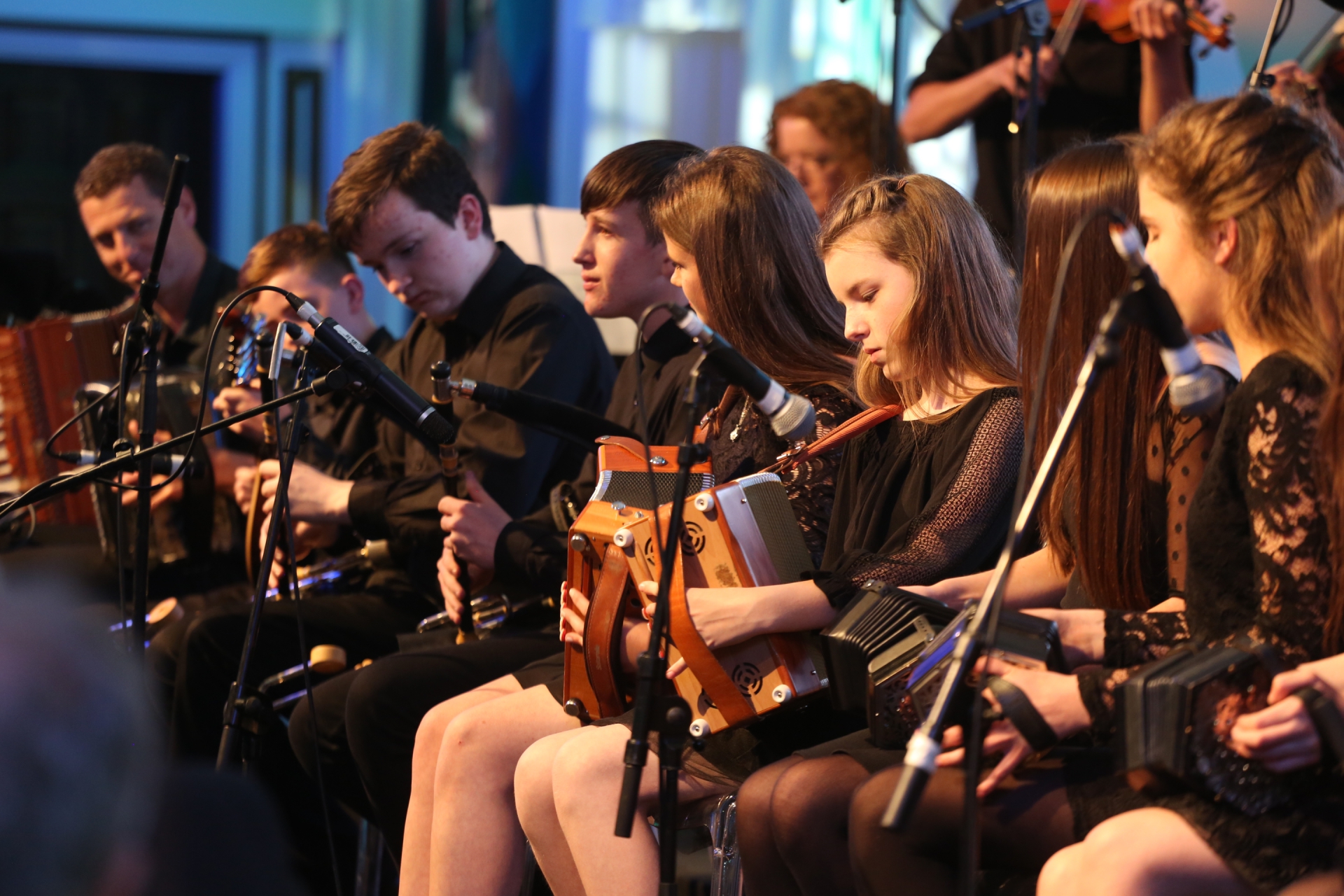 The members of the Orchestra are among 3,000 children and young people who last year attended weekly lessons with Music Generation Laois, which is part of Music Generation – Ireland’s national music education programme, initiated by Music Network, co-funded by U2, The Ireland Funds, the Department of Education and Skills and Local Music Education Partnerships.