The weather forecasting jury is out on what type of impact Atlantic Hurricane Lorenzo may have on Ireland and Britain during the first week of October.

Forecasts and weather charts vary from the storm hitting directly bringing stormy weather, to the possibility that it could cause settled weather over Ireland and Britain.

Met Éireann's weather official forecasting partner the Met Office does not say the remnants of the storm will make a direct hit on Ireland and the UK.

Met Éireann's forecast for the latter part of the week is unsettled weather with rain, showers and strong winds at times.

Charts from the US National Hurricane Centre show Ireland is the path of the tropical storm. The maps show that it is currently a Category 3.

Any impact is likely to be felt on Thursday of the coming week. 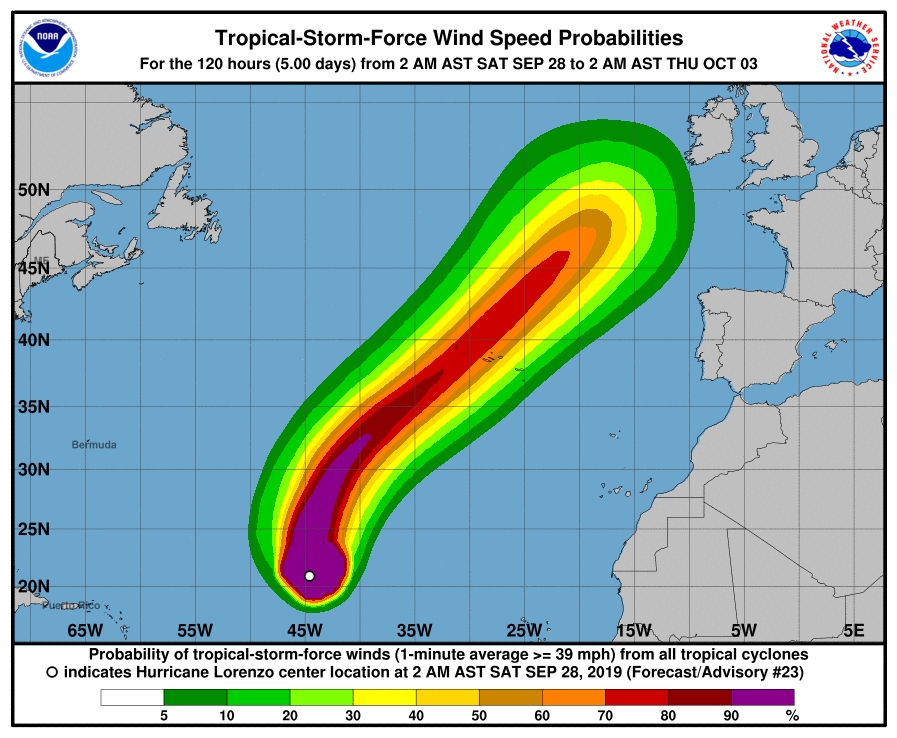