Met Éireann has published the latest satellite video footage of Hurricane Lorenzo as it moves northeast across the Atlantic towards Ireland.

The forecaster published European Meteosat satellite video of Lorenzo in an updated commentary on the Storm on Monday. It said this is the

"Lorenzo is a large and powerful hurricane, and its hurricane and tropical-storm-force wind fields are expected to expand further during the next few days," it said.

Met Éireann's commentary said the National Hurricane Centre's (NHC)  analysis is that Lorenzo continues to maintain a well-defined inner core with a ragged cloud-filled eye. It said the outer bands are well established to the north and east of the centre but are restricted on the south side of the circulation due to some south-westerly shear and drier air being wrapped into that portion of the cyclone.

The commentary said Lorenzo is moving north-north-eastward at 11 knots and the models generally agree that Lorenzo should pick up forward speed and move north-eastwards during the next day or two as a low-pressure trough amplifies over the central Atlantic. Met Éireann said this flow should take the core of Lorenzo near or to the west of the western Azores late Tuesday and early Wednesday.

After that time, Met Éireann says there is low confidence in the forecast beyond 48 hours given the uncertainty in the longer-term steering flow.

Latest chart from the National Hurricane Centre show it tracking over Ireland on Thursday. 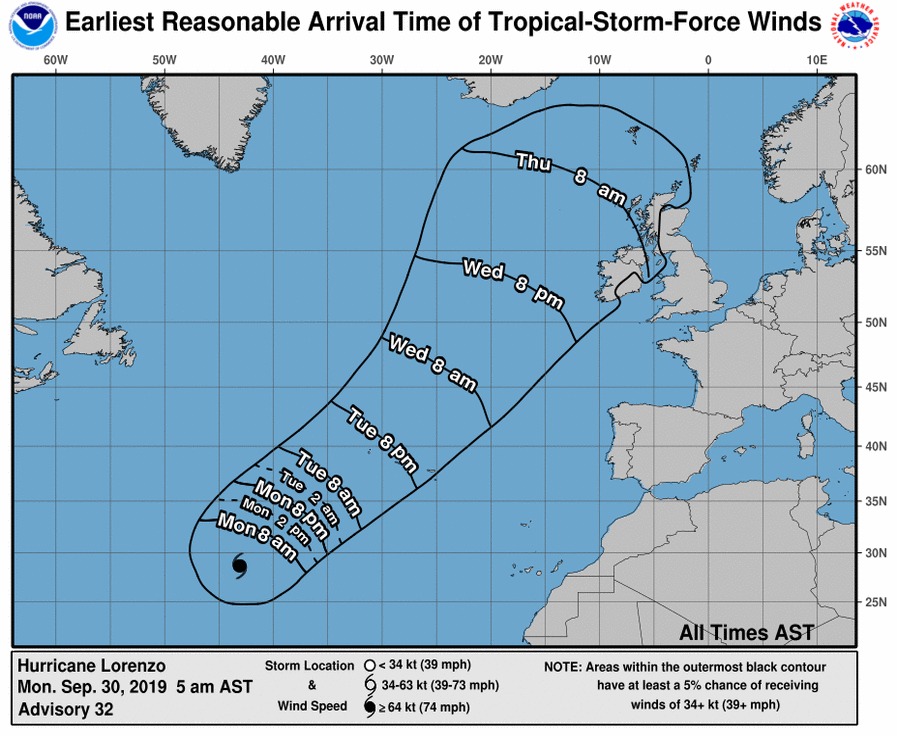 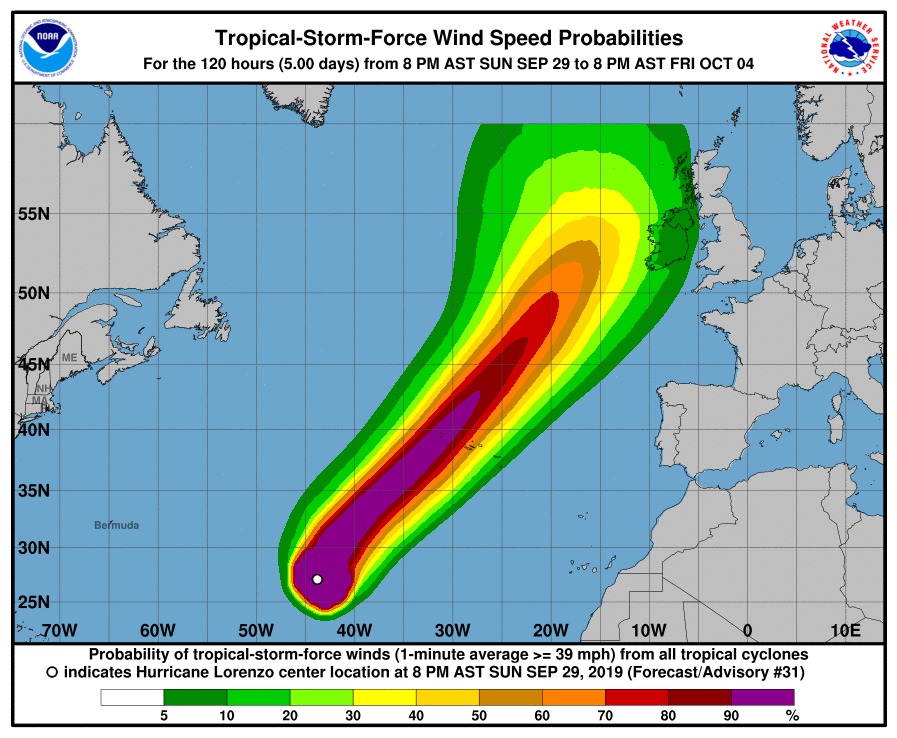