Loyal Portlaoise shoppers formed a queue this morning to get back to their favourite supermarket.

Lidl Portlaoise has reopened after being completely demolished and rebuillt as a bigger and more eco friendly shop, with solar panels and E car chargers in the carpark. The entire project was completed in 24 weeks. It is now one of the biggest Lidl stores in Ireland.

The staff have returned and increased by six to 31, with more to be taken on. Shoppers from very young to pensioners gave the reopening a warm reception.

The little special guest, superfan Eanna, 4 had his photo taken ahead of the doors opening at 8am (pic to follow).

First in the queue was Portlaoise resident, pensioner John Keating, who told the Leinster Express that he is an uncle of the singer Ronan Keating.

Stole Avocado and Noodles worth €3.57

The retired London car dealer was delighted the store has reopened.

"While it was closed I went to Kildare every week. I live on my own. This is a lovely store. Only for Lidl and Aldi I wouldn't be able to afford to eat in this country," he said. 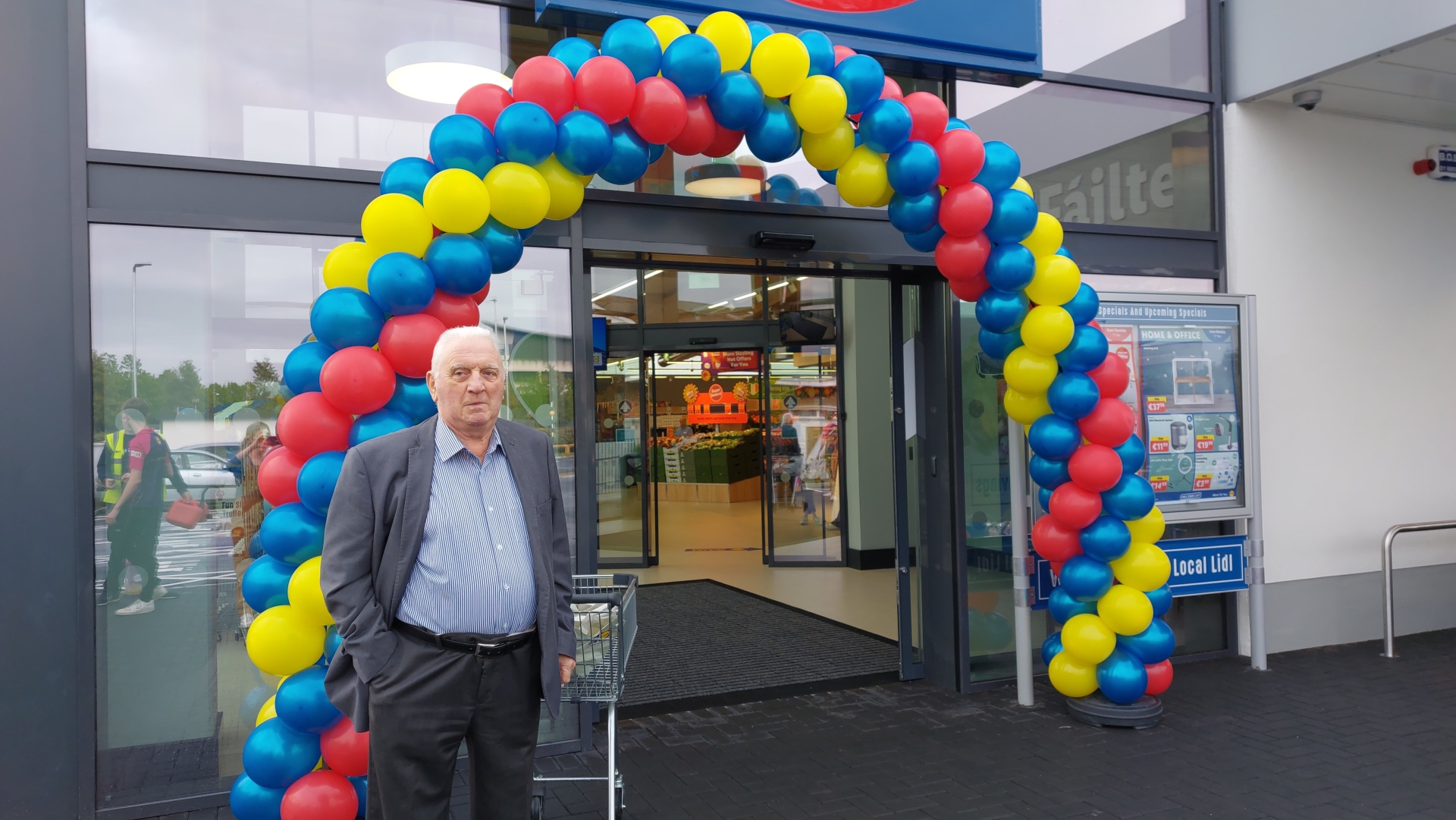 Watch our video as shoppers rapidly fill up the new store.

Among them was retired lady Mary O'Meara (below with shop manager Ivars Zemvalds).

"I missed all the gang. I am here every day, in for little things.

"I love everything about it, I couldn't describe it. One time I brought one of the girls on the till over to tell her how lovely a bottle of wine was, the next week she had a bottle bought for me. You see the boss stacking shelves. I just have a laugh and craic with every one," Mary said. 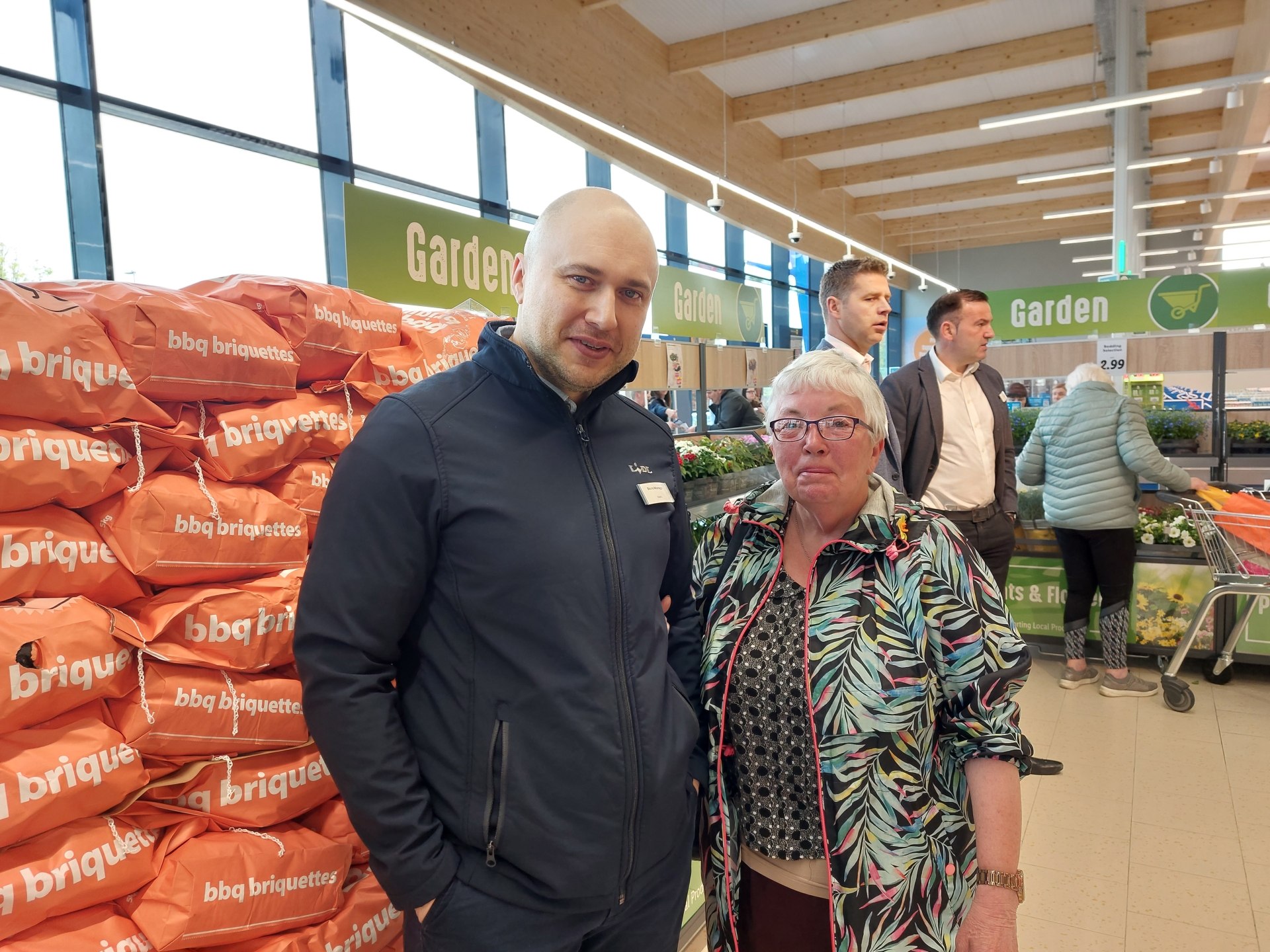 Manager Ivars is delighted to have his staff back in his store. They had been seconded to other branches for the past five months.

"It's a reunion. We were busy for the past week making sure everything was coming in. It is a big difference. The old shop was one of the first in Ireland. Everyone was excited to see the new store, it has a lot more space for customers with better access," he said.