"I can’t thank Portlaoise pediatrics enough, they have saved her life 29 times in the last year. If that hospital was to close down, she’d never make it to Crumlin."

A little Laois girl who suffers seizures for up to two hours due to a rare form of epilepsy has been repeatedly saved from death by Portlaoise hospital staff.

In an emotional speech at last Thursday's public meeting on Portlaoise hospital's future, her mother Rose Maher from Ballyroan outlined starkly how much they depend on the A&E and Pediatric units.

“She was admitted 29 times in the last six months, many of those times she has been revived. She will not make it if this hospital closes, she needs this A&E,” the young mother said.

Mary Claire Knowles is just 19 months old, and is the only child in Leinster with Dravet Syndrome. This is the same rare condition suffered by Vera Twomey's daughter, Ava. 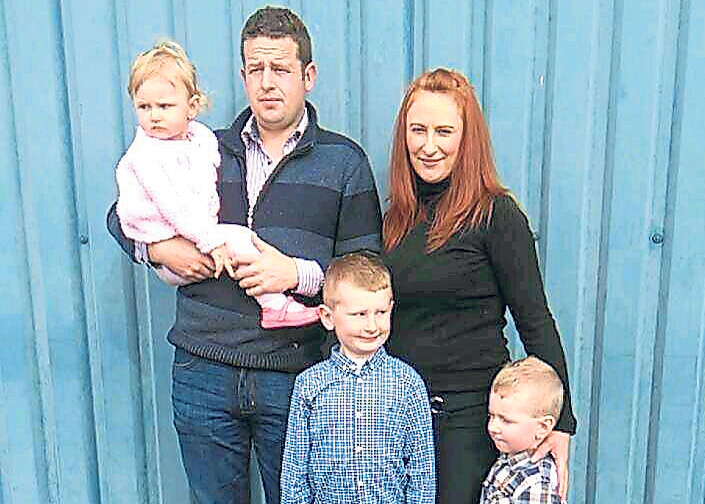 Speaking after the meeting to the Leinster Express, Rose explained how her little girl's life is at risk if the A&E is closed.

“I swear to God, I can’t thank Portlaoise pediatrics enough, they have saved her life 29 times in the last year. If that hospital was to close down, she’d never make it to Crumlin.

“She goes into respiratory arrest with every seizure. When she starts seizing, we need to ring an ambulance straight away.

“She is prone to prolonged seizures, and if she doesn’t get the medication that she needs asap, we’re talking brain damage, she stops breathing, she simply won’t make it,” she said.
Getting an ambulance to Portlaoise can take 40 minutes from the village, which is only 12 miles away.

“I’ve never had a problem, whichever one is the nearest comes , but there was one coming one night from Cork, and then a car coming from the motorway from Midoc was nearer so the ambulance was sent back to Cork and Midoc came.

“And another ambulance from Carlow was diverted to us so we had the Midoc and the ambulance. And that was 40 minutes we were waiting that night. But we got training on CPR but now her seizures have got worse and worse. They were only 20 minutes to half an hour, they’re nearly two hours now,” she said.

“She’s been revived so many times in Portlaoise, I just don’t know what I’d do without Portlaoise, And they are fantastic in there.

“Mary Claire she is the happiest little child you’d ever meet. I don’t know what we’d do, we’d have to move. We actually would consider moving because there is no other way around it,” said Rose.

She will take part in a public march.

Read more: Front line staff are holding up a health service that is 'absolutely rotten at its core' says Fr Paddy Byrne.